“How to make culture digital?” - this is a question that has been brought up at the recent Lectorium 2.0. Senior employees of theaters, museums and concert halls from Russia, Azerbaijan, Belgium and Sweden spoke online about how they were facing isolation and their attempts at solving the associated problems. Read about the future’s relevant professions, new formats and virtual guests in this article by ITMO.NEWS. 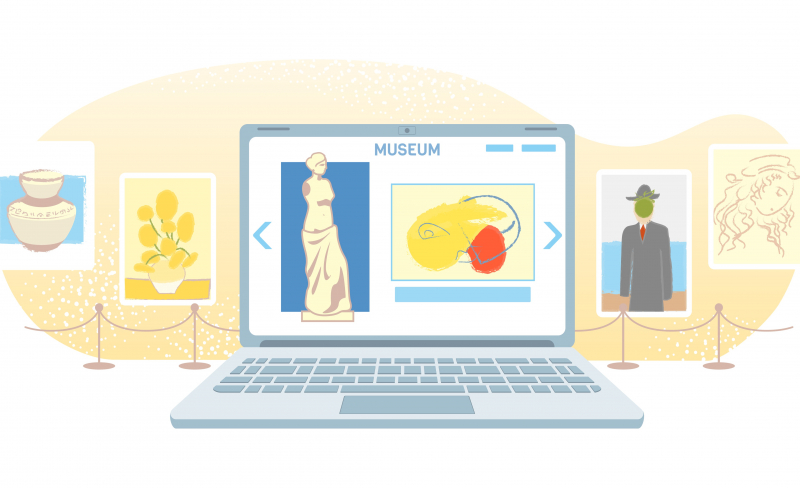 The world changed so suddenly. And while we still don’t know how long the isolation will last, one thing is obvious: the balance between online and offline events will no longer be as it was. If several years back, the question of whether cultural institutions need social media or not was still open, now they have become a necessity. New platforms and ways of communicating with the audience is something that now even representatives of the most tradition-bound institutions actively discuss.

“Can’t say that we were ready for a complete shutdown. Most of the materials that we now use online were recorded when the museum had already been closed to the public, but not for the employees. Sure enough, we are currently trying to go online and come up with new entertainment formats, much like other museums. For example, our new project is an online cinema where we stream anthropology documentaries from our archives. What’s more, we launched online tours and lectures by our staff. But this uncovered a series of issues that don’t let us easily switch to being digital," says Tatyana Solovyova, the head of Kunstkamera’s Media Communications Center.

She adds that many of their staff members are researchers, so the topics of their articles are often too complex to be comprehensible to the general public. So in this time of crisis, many museums would invite science communicators to help them overcome this barrier.

Unfortunately, specialists like that are few, so museums’ staff themselves will have to learn new skills and bridge the gap between scientific texts and what’s interesting to the general public.

“We’ve started to place more focus on working with podcasts and video content which we did before, but not as purposefully. We have many ideas: we do tours using stories, as well as Skype tours for schools and nursing homes. We understand that they have it hard now, so we feel that it’s our social duty to help each other,” says Vladimir Okhnich, educator at the Hallwyl Museum (Sweden).

Still, specialists from YARAT Contemporary Art Space (Azerbaijan) believe that despite the benefits of the online format, it still distorts the perception of artworks.

"You exhibit various pieces at a contemporary art museum, from paintings to large-scale multimedia projects, and there’ll be issues associated with them all. Yes, we can exhibit paintings and sculptures on Instagram, but it is the environment, the atmosphere that a person only feels at the museum which is important. The expression might sound outdated, but it’s still true that “objects are to be felt physically, and perceived in combination with the surrounding aura,” says Suad Garayeva-Maleki, the artistic director of YARAT Contemporary Art Space.

On the other hand, the isolation and the crisis offer a rare opportunity for VR and video projects to no longer be on the periphery of contemporary art and make their way to its very forefront. They now get the most attention from viewers, galleries, and collectors, she adds.

As for projects and formats that we’ve launched in the recent month, the most important was the open call for artists from all over the world. We want to gather artworks and present an exhibition that has no physical counterpart. We’ve also started to collaborate with a local VR studio in order to develop a full-fledged VR exhibition. I guess the only real benefit from museums going digital is that we now cover a wider audience. If before, only citizens of specific towns could go to specific museums, now people all over the world have this kind of access,” comments  Suad Garayeva-Maleki.

Alexander Malich, a TV presenter and the executive producer at the New Stage of the Alexandrinsky Theatre, also spoke about his recent experiences:

“After the introduction of the first isolation measures, we decided to partner ourselves with Tricolor TV, as we wanted to not just stream our performances on the internet, but do it on the highest level. As of now, we are broadcasted to forty million Russian households, as well as in online cinemas and Youtube. Apart from watching the ongoing plays, our audience has the opportunity to watch the recordings of the plays that we no longer show, from our archive. And in a sense, we are lucky to find this new way of communicating with people, and attract new guests. For example, 350 thousand people watched our play “Mauzer”; for comparison, the seating capacity of the New Stage of Alexandrinsky Theatre is about a thousand seats, so we would’ve had to stage it 350 times. Then again, we don’t monetize it now, but in order to keep this format after the isolation, we’ll have to introduce this measure,” commented Alexander Malich.