A total of 20 universities, ITMO University among them, were granted the opportunity to be the first to present the program to their students. 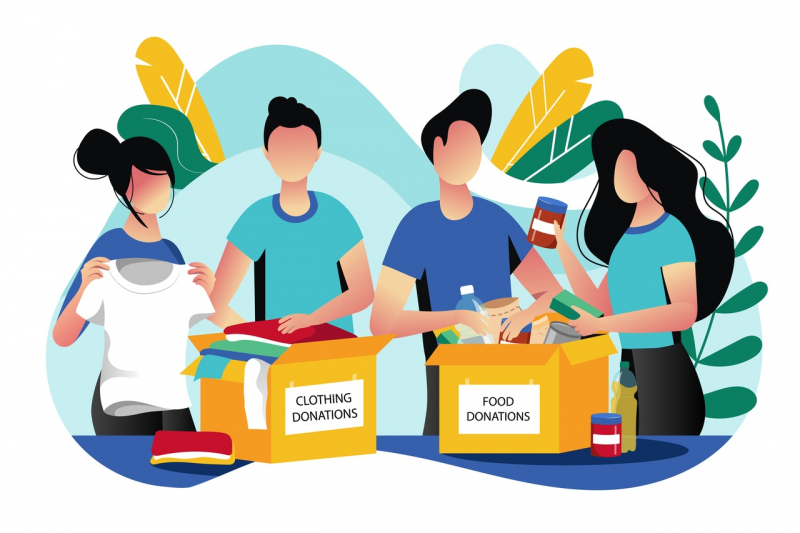 In 2019, the Association of Volunteer Centers of Russia (AVC) launched the program Our People (Свои), its goal being to increase the number of university and vocational students involved in volunteering. To achieve this, new volunteering organizations were created on the basis of participating higher education institutions, and the already existing ones were given additional support.

In 2019, the Ministry of Science and Higher Education of the Russian Federation also supported the development of study modules to bolster the volunteering movement by integrating volunteering into the education process and introducing a course on the organization of a university’s volunteering activities and its interaction with nonprofit organizations.

The course was taught at ITMO University from March to May 2020, taking up a little more than the ministry-mandated 72 academic hours.

“Two subjects were put forward by the ministry: one oriented at specialized humanities universities with a focus on social work and the other revolving around the organization of volunteering activities. We offered our students the latter, covering various volunteering fields, including the rare ones, talking about how charity work is funded and regulated and what laws exist in this sphere, and discussing the history of and international practices in the volunteering movement,” shared Alyona Tarasova, a manager at ITMO University’s Strategic Initiatives Support Department.

The specifics of the pilot courses was that they were the same for all participating universities. The program was developed by AVC together with specialists from Higher School of Economics in Moscow.

“We had to present the study modules to students and collect feedback. The first thing that they proposed was to move away from the online format so that they could communicate with nonprofit representatives face-to-face and visit volunteering organizations. The second proposed aspect that we’ll also take into consideration was to keep these modules as electives. A total of 32 people took part in this program at ITMO, from all years of Bachelor’s and Master’s studies, and our takeaway was that the program should be open to all levels of studies. This shouldn’t be a compulsory course to be taken by everyone in their first year, as was initially planned. Apart from that, there are other changes we’ll introduce to the program before it launches in September 2020,” explained Andrey Zlenko, the head of ITMO’s Strategic Initiatives Support Department.

The program attracted students of different levels and specializations: Bachelor’s, Master’s, programming, innovations, food science. Thanks to this, managers at the Strategic Initiatives Support Department were able to compile the full picture of what students did and did not find important and interesting.

“We’re adapting the program to ITMO University students. For example, we’ll make an emphasis on the social sphere, on a variety of nonprofits. So that when students go into business or move forward in their career path, they would know with whom they could cooperate as part of corporate social responsibility and how. So that they’d generally understand who needs help and which skills they can use to offer it. A notable example here is Ilya Chekh, who works in the production of robotic prostheses,” added Alyona Tarasova.

ITMO University will launch the adapted program, titled “Organization of volunteering activity and interaction with socially oriented nonprofits”, in the next academic year. It will help students learn more about volunteering and its legal and financial aspects, so that anyone willing could become part of the volunteering movement or make a feasible contribution even without having any direct relation to the social sphere.