Path to Immortality: Old and New Ways to Fight Aging

Why haven't scientists invented an anti-aging pill yet? Is it even possible to affect our life expectancy? These and other questions were covered in a lecture by Alexander Tyshkovskiy, PhD, a research fellow at Harvard Medical School and the Lomonosov Moscow State University. ITMO.NEWS provides the rundown. 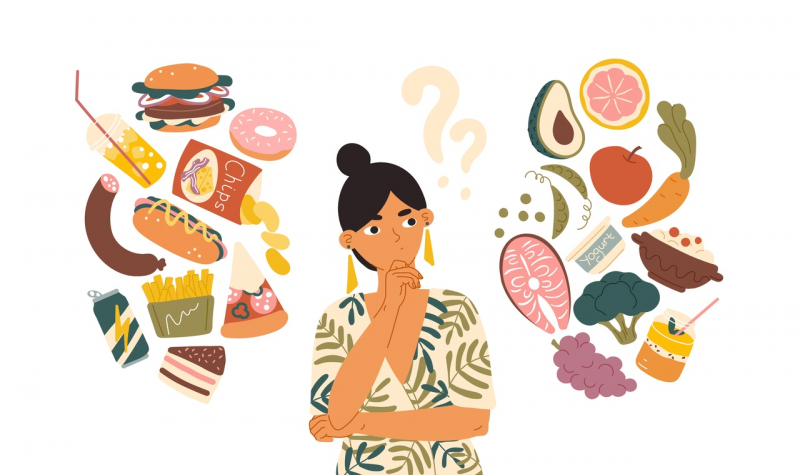 Just a 100 years ago, the average life expectancy for humans was 40 years, and every third child didn’t live to the age of five. Now, the situation’s changed significantly. The biggest factor in the increase in life expectancy is that we’ve learned to better treat children’s diseases: today, child mortality rate is less than 5%. But we still don’t know how to fight aging. According to the WHO, 70% of all deaths are caused by aging-related illnesses (cardiovascular, oncological, and neurodegenerative).

As we age, the likelihood of us dying increases. According to statistics, a person’s chances of not seeing their next birthday are doubled every 8 years. By the way, this data is also applicable to the COVID-19 pandemic. If not for the mechanisms of aging, the virus wouldn’t have been able to cause such harm to humanity.

There are nine key mechanisms of aging; here are some of the most important ones:

Genomic instability. This leads to mutations, which are the most common cause of cancer.

Telomere attrition. Telomeres are the endpoints of our chromosomes. During each division, chromosome cells are doubled, DNA is copied, and telomeres become shorter. They don’t carry any data, but once telomeres become too short, it may result in damage to functional genes located in the chromosomes.

In that case, a cell can no longer grow and divide; in addition, shorter telomeres increase the chance of mutation. Studies have found that the quicker its telomeres shorten, the less a species lives. Notably, it is the speed that matters and not the initial length of telomeres.

For instance, mice live an average of four years even though their telomeres are longer than those of humans. Short telomeres impede the division of stem cells, leading the latter to either die or become senescent (neither functional nor dead). Such cells are among the causes of the next aging mechanism – chronic inflammation.

Chronic inflammation is a hallmark of almost all age-related illnesses. In its case, the immune system is able to not only defend, but also kill its owner. A severe inflammation (cytokine storm) may cause damage to healthy tissue.

Consider this factor through the lens of COVID-19: among younger patients, this coronavirus strain causes a moderate immune response, resulting in the virus being eliminated by the immune system. But in elderly patients, the inflammatory response is hyperactive, which is why coronavirus prompts a severe inflammation that practically kills not only the virus, but all of lung tissue, as well.

Oxidative stress is the increase in the number of free radicals within the cells. It’s caused by chronic inflammation and, in its turn, leads to the shortening of telomeres, completing the vicious cycle.

The above example shows that the issue of aging isn’t only that there are many processes behind it, but that they are closely connected and follow the domino principle.

Fight against aging: then and now

People have always sought ways to stop aging and preserve their youth. In the times of Cleopatra, it was believed that bathing in donkey milk would help. In the 19th century, rumors had it that extracts of animal testicles would be the answer to aging. The most radical and dangerous method was devised in the 20th century. The discovery of radiation seemed to hold the promise that this unrestrained energy would replenish the human body’s resources and rejuvenate it. Companies would sell radium-infused creams and water. The beverage Radithor became history’s first energy drink – right up until its consumers started to die off. Naturally, none of these methods have proven scientifically sound.

Today, there are three basic approaches: deceleration of cell destruction (well-developed, but limited to 150 years of life), regular dumping of destroyed cells (potentially unlimited, but less studied), and refusal to accelerate aging (via rejection of harmful habits).

Method 1, or slowing down aging

The process at the heart of this method is the way cells identify nutritional substances when we eat. Cells anticipate the arrival of nutrition and begin to “live large” by growing and multiplying. But if this doesn’t happen, cells go into survival mode. They stop dividing and multiplying, monitor and remedy damage, and do all they can to live until they are fed again. This transition is what slows down aging.

Researchers studied the possibilities of imitating this process without resorting to a strict diet. In their studies, they found that the reduction in growth factors also leads to slowed aging. Experiments showed that a deficit of growth hormones extended the lives of mice by 1.5 times; for comparison, dieting extends life expectancy by 20% to 40%.

But not everyone would agree to go on a harsh diet to live longer, as it is just as important to maintain quality of life. In that case, the simplest solution would be to invent a drug that could imitate the effects caused by dieting and a lack of growth hormones. No such pill has been invented yet, but there are other substances that passively extend our lives.

These include: glycine, green tea extract (over 10 cups per day), and turmeric, as well as rapamycin – a drug that extends the life of various organisms, but is dangerous to humans; rapamycin is used in medicine as an immunosuppressive drug for organ transplantations, among other things. But the whole effect of life extension becomes moot if the organism is also unable to fight off even the simplest infection. There is also metformin, a drug that extends the lives of animals and is used to treat type-II diabetes; it is not currently used as an anti-aging drug.

As of today, there is no anti-aging drug on the market. Even metformin, which helps diabetes patients live longer than those who are healthy, is a prescription drug. One issue is that, from a legal standpoint, aging is not an illness, and therefore no pharmaceutical company has the right to produce an anti-aging drug.

This approach has not been extensively studied and sounds like something out of fiction: instead of taking constant measures to prevent cell destruction, humans may just get rid of damaged cells every few years, then accumulate them again, then get rid of them again. In theory, this could be the one approach to grant us eternal life, but ideas on how to do that are few and far between – and even those don’t seem very likely.

First off, it could be possible to eliminate senescent cells with drugs; but the effect would be mild and less than that of dieting. Secondly, we may consider growing and transplanting new organs – but that is not becoming possible anytime soon.

Method 3, or not pushing it

Humans seek ways to slow down their aging, but also do everything they can to bring about a sooner death. That, first and foremost, refers to harmful habits such as smoking, drinking, and overeating.

Here are the dry figures: each year, 7 million people die from smoking. For comparison, the United Nations estimates that 4,000 (or a little under 20,000 according to the most pessimistic predictions) people will eventually die from the long-term effects of the Chernobyl disaster of 1986.

You’ll gain about 10 more years of life by quitting smoking – and that’s more than any anti-aging drug can give you.

It’s different with alcohol: moderate consumption may even be healthy. In small amounts, it can help reduce the likelihood of cardiovascular disease, a leading cause of death in humans.

Then there’s food. Despite the advantages of low-calorie dieting, scientists insist on maintaining a moderate body mass index (BMI): don’t overeat, but don’t starve yourself either.

So far, no drugs or protective measures have been invented to help stop aging. But we can still extend our lives by maintaining a proper sleep regimen, leading a moderately active lifestyle, maintaining a stable body mass, and dropping harmful habits.

Alexander Tyshkovskiy, PhD, is a research fellow at Harvard Medical School and the Lomonosov Moscow State University, as well as the author and host of the pop-sci YouTube channel Real Scientists.

The lecture was organised by OKHTA LAB and the Mayakovsky Library. Watch the recording (in Russian) here.