Myths about Aging and Its Reversibility

Will humanity ever stop aging and dying? Does fasting really prolong one’s life? And what does the naked sand rat have to do with it? Dmitriy Madera, head of the molecular genetics department of the innovative company BIOCAD, gave a detailed lecture on the issues of aging at the Okhta-8 creative space. 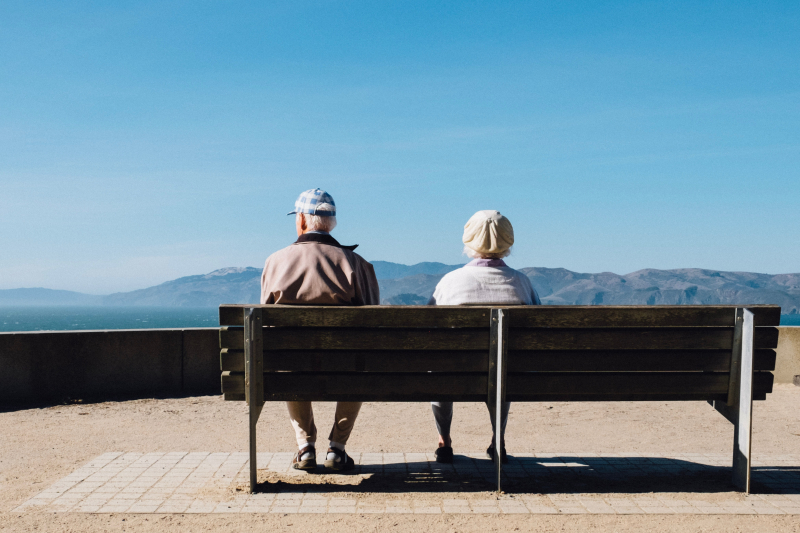 Let’s start with getting the gist of what aging really is. At the mundane level, it’s obvious: you age as you get older. But everything is not that simple, and the age that’s stated in your passport doesn’t always correspond with your physiological age, as biological processes in different humans take place at a different pace. We also shouldn’t forget about various genetic diseases like the Down’s syndrome or progeria whose sufferers age a lot faster.

According to an agreed-upon definition, aging is the phenomenon of the increase of the probability of death with the increase of one’s age. What’s more, in accordance with the Gompertz–Makeham law, the risk grows exponentially. After a person reaches the age of about eleven, the risk of death increases several-fold with every year. The following things can help you assess your physiological age:

All of these factors are interconnected, as aging is a very complex process that involves a multitude of mechanisms at once.

There are two viewpoints on the reasons behind aging: it is either a program embedded by nature or it’s just natural wear due to the defects that we accumulate in the course of our lives.

If we assume that aging is a program, then it’s only natural to wonder whether it can be hacked, stopped, therefore allowing us to remain forever young.

Unfortunately, no one has accomplished this so far. Some might argue that it’s a fact that genetic changes in the receptors of the growth hormones result in a considerable increase of  lifespan in men. But does that mean that such men don’t age? No. It’s more like their aging process becomes postponed, but it is definitely not stopped.

Another thing that contradicts the hypothesis of “programmed” aging is the existence of quite an extraordinary animal. The naked sand rat (heterocephalus glaber) is an African rodent that lives underground. Not only doesn’t it age, but it’s practically impervious to cancer. In laboratory conditions, it can live for up to 30 years, which is really long for a rodent. It also doesn’t feel pain even if you cut or burn it.

Scientists believe that one of the possible reasons behind sand rats’ eternal youth is a high activity of telomerase and other intrinsic mechanisms for restoring damaged DNA structures.

About half of the genes encoded in the DNA aren’t of much use to us. This is just information that’s distributed on its own. Its only goal is to multiply as many times as possible. It can well be called the most ancient of viruses. Cell replication usually comes with the replication of genetic information, and the older a cell is, the faster is the reverse transcription from RNA to DNA. The tricky part is that this process comes with lots of mistakes, and is also affected by various stress factors (free radicals, for instance), which makes the situation even worse. As a result, the cell becomes a bunch of genetic mistakes and mutations that continue to replicate themselves.

But everything is not that bad, as each of us has the sirtuin protein (SIRT6). One of its functions is to block the replication of repeating elements of DNA (those “viruses” that we were talking about), as well as restore the breakages in DNA chains. The problem is that its efficiency decreases with age.

Some call SIRT6 the “longevity protein”, as experiments on mice showed that artificially adding a gene that encodes large quantities of SIRT6 makes them live longer (and those that don’t produce SIRT6 at all die very fast).

Does this work with humans? Surprisingly, we can answer this question through the example of HIV patients who get highly active antiretroviral therapy (HAART). This treatment method is based on the suppression of reverse transcriptase (which is essentially what SIRT6 does) that encodes the HIV ferment over and over. Incredible as it may seem, patients who take antiretroviral drugs on a regular basis can live longer than healthy people.

This leads us to the most interesting part: what can be done in order to stop aging, and is there anything that we can do in this regard?

We’ve already told you about the experiments with SIRT6, but there are also other means. For one, blood transfusion from young specimen to older ones.

In the ‘80s, experiments with parabionts were quite popular. These are separate organisms that share a common blood circulatory system (Siamese twins, for example). Scientists began creating various monsters, for example by sewing together two mice of different age. It turned out that health indicators of older mice got a lot better: their liver started to regenerate, their sense of smell improved and they got  better at behavioral tests. The signs of rejuvenation were apparent. Was sewing them together really necessary? No. Transfusions worked as well, as long as they were regular.

Still, we are yet to learn which component of young blood launches the rejuvenation.

Another confirmed method for prolonging one’s lifespan that works for all multicellular organisms is fasting. Multiple experiments and tests on various animals showed that decreasing food rations has a positive effect on lifespan. The best results were obtained when decreasing the rations by 65% from what an animal would have eaten if there were no restrictions.

Can we attain the same results without hunger pangs? In theory, yes, and scientists are actively searching for a solution.

Many of them focus on TOR proteins that are responsible for a cell’s metabolism, growth, and accumulation of energy. If you block these proteins, then ATF won’t be synthesized and your body would believe that it’s fasting. There are two ways of doing it: directly, by using rapamycin (which is also used in anticancer therapy as it slows the growth rate of cancer cells) or indirectly by using metformin (a drug for treating diabetes). Still, both drugs are not as efficient as common fasting. What’s more, experiments on mice showed that rapamycin prolongs the lifespan of only male mice while shortening the lifespan of females. The two drugs also have a long list of side effects that include nausea, diarrhea, a decrease in testosterone and spermatogenesis levels and so on.

The evolutionary mechanisms of aging work as follows: the more the environment threatens an animal, the less its lifespan is. For example, the organism of a mouse is designed for a short lifespan, as it is expected to die young. On the other hand, elephants and whales can live for decades, as their sheer size protects them from predators. The higher the chances of survival are, the better the organism’s  defence and DNA repair mechanisms work.

If you look at a diagram comparing the size of an animal and its lifespan, we’ll see a positive correlation (with some exceptions; for example, the ability to fly often means an increase by several years).

So what about humans? Nature gives us about 40 years: few of our primeval ancestors lived for so long. And though we are no longer affected by many natural factors and can protect ourselves from most diseases and predators, the evolution fails to keep pace with our progress.

WIll anything change in the future? Well, people will live for a longer time than now, but stopping aging completely is just impossible. The most we can do is to postpone it. And you shouldn’t believe in the existence of some “magic pill” that can help you do it. Aging is a complex process that calls for a comprehensive approach.