The International Conference on Electrical Power Drive Systems (ICEPDS) is held every two years at Russian universities that significantly contribute to the development of energy systems. 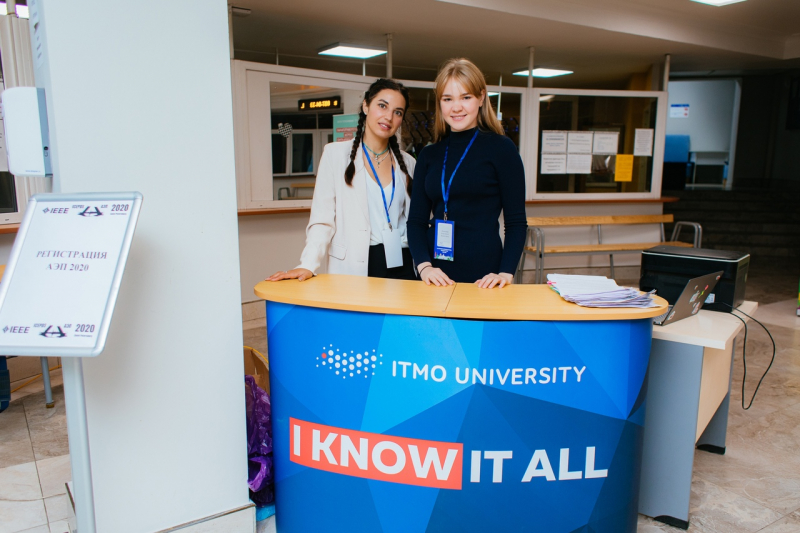 The ICEPDS conference. Photo courtesy of the organizers

In Russia, and earlier in the Soviet Union, this conference was known as the Conference on Automated Electric Drives (AED) and had traditionally brought together renowned scientists to report on the most promising research in the field. In 1987, it gained international status, and since 2016 it has been supported by the Institute of Electrical and Electronics Engineers (IEEE), which significantly expanded the circle of participating countries.

ITMO University won the bid to host the conference in 2018. Originally, the event was supposed to be held offline and include presentations, tours of the university’s laboratories and partner enterprises to demonstrate their achievements.

“When choosing a venue for the conference, the organizing committee, which includes well-known Russian scientists, takes into account a university's contribution to the development of automated electric drive systems. At ITMO University, Tatyana Glazenko and Yuri Sabinin founded a scientific and training school called Semiconductor Converting Equipment and Systems. There, a strong research team was formed first at the Faculty of Control Systems and Robotics’ Department of Electrical Engineering and Precision Electromechanical Systems, and then also at the Research and Development Center “Precision Electromechanics”. The team’s activities and achievements in the field of designing precision electric power systems made it possible for the university to claim to be the event’s venue,” says Galina Demidova, an associate professor at the School of Computer Technologies and Control and a lead engineer at the Research and Development Center "Precision Electromechanics"

The fact that St. Petersburg is not only Russia’s cultural capital but also a port city has played a crucial role in the choice of the host city. Here, there are numerous shipbuilding companies and organizations, which are engaged inter alia in the development of engine control systems and the design of electrical power systems – all this, in turn, attracts the attention of a wide range of technical specialists.

Even though the conference took place online, it still brought together more than 165 participants from all over the world: Austria, Algeria, Belarus, China, Denmark, Estonia, Finland, France, Germany, Hungary, Iran, Poland, Portugal, Romania, South Korea, Turkey, Ukraine, the UK, and the USA.

The Conference's main topics are the following:

The speakers were the world's leading scientists. Among them was Professor Frede Blaabjerg, one of the most cited researchers in mechanical engineering, winner of the Global Energy Prize, and many other honorary awards from the world’s greatest universities, President of the IEEE Power Electronics Society, and a specialist in power electronics in wind and solar power plants.

Vadim Utkin, a professor at the Ohio State University, winner of many awards, including the ASME Medal and the Humboldt Research Award, spoke about a sliding mode control for power converters and induction motors. And Valentin Khomyak, chief design engineer of unified electric power and propulsion electric systems at the Krylov State Research Center, presented recent advances in hydraulic electric drives.

Valentin Tomasov, head of the Research and Development Center “Precision Electromechanics” represented ITMO University with a report on achievements in the design of electric drives for rotary support devices for high-precision telescopes. And ITMO university graduate Viktor Bondarenko, head of the Medical Equipment department at the State Research Center Concern CSRI Elektropribor, JSC, demonstrated a high-precision robotic manipulator for performing operations on the brain.

There were separate sections in Russian mainly meant for representatives of enterprises in electrical engineering, power engineering, and electric drives, including the event’s industrial partners such as Gazprom VNIIGAZ, Mitsubishi Electric RUS, Ruselprom, and others.

“The development of electrical machines has always been among the most popular sections at the event. Now, for example, we have metal 3D printing technologies. This is our future, and everyone is interested in learning more about the design experience and the latest inventions in this field. There were a lot of discussions in the education section. Our university professors and international experts talked about teaching engineering students online, organizing remote control of technical objects, and using interactive models to maintain the quality of studies,” tells Galina Demidova.

She also adds that the Russian-speaking sections were mainly attended by representatives of universities, research institutes, and enterprises.

“As expected, there was a very lively discussion within sections, in particular related to exchanging experience in designing systems based on next-gen transistors,” notes Galina Demidova.

All papers presented at the conference will be added to the IEEE Xplore database indexed by SCOPUS and Web of Science. And the authors of the top-20% articles will get the opportunity to publish them in Transactions on Industry Applications.