Chemoinformatics in ITMO: From Individual Projects to A University of Strasbourg Diploma

Last year ITMO University launched a new Master's Degree program - Chemoinformatics and Molecular Modeling. There are few such programs in Russia - those that train specialists who will work in modern pharmacology and deal with such things as computer-aided drug design, predicting of compounds' properties and working with new materials on a molecular level. ITMO conducts its program in collaboration with the University of Strasbourg, and its best graduates can continue their education in France and get a University of Strasbourg diploma as well as ITMO's one. Yuri Prozorov, Head of the International Laboratory of Structural Bioinformatics, shared about the new program and why intelligent analysis of chemical data becomes more and more popular. 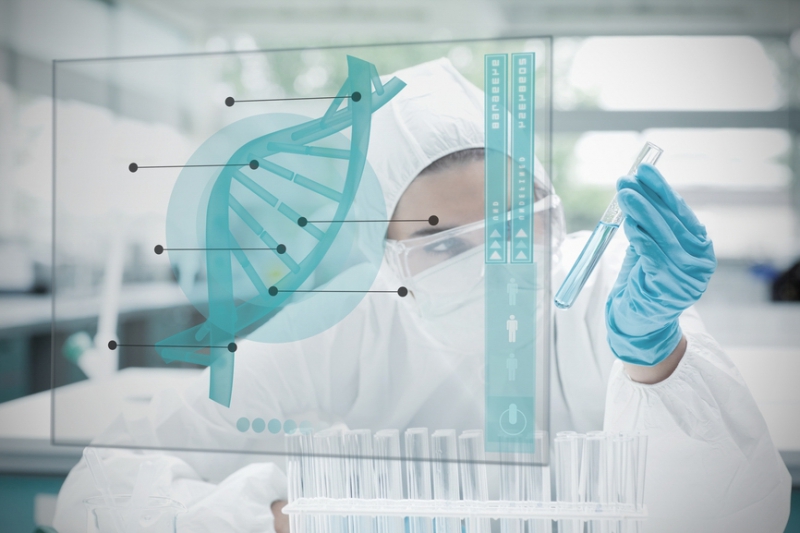 Chemoinformatics: chemistry, biology, physics, IT and mathematics as one.

- When a chemist plans a complex reaction, it all happens like in one's kitchen. There are lots of components that are to be put together in certain proportions and sequence. Oftentimes, specialists know what to expect of the reaction, how it will go and what are the necessary conditions before they begin. If the result is something standard, something that has been known about for years, then there is no problem; yet, if it is a totally new compound we're talking about, then one has to try new things and experiment.

That usually takes great amount of time and effort, yet, through use of modern databases, data analysis algorithms and machine learning methods, one can greatly speed up the process. This is one of the tasks of mathematical chemistry, or chemoinformatics: it uses mathematical models to predict which catalysts to use, how the reaction will go and which properties the resulting compound will have.

Where does one learn chemoinformatics and molecular modeling? The program is conducted by the Department of Intelligent Technologies in Humanities and ITMO's International Laboratory of Structural Bioinformatics. Its goal is to train Master's students that can work in high-technology fields of modern computational pharmacology and computer-aided drug design, gather, analyze and store data on chemical compounds, as well as classify and create new molecular structures with targeted properties. In 2017, there were 10 tuition-free positions for the program, yet, Yuri Porozov, Head of the International Laboratory of Structural Bioinformatics, shared that they plan to increase the amount of positions for the next year.

"The 21st century is the time of biology and medicine: everyone knows that. This is why we just had to launch such a program as part of an international collaboration, comments Mr. Porozov. What we do can be called computational drug design and molecular modeling. We predict the properties of molecules, explain how molecules interact with each other, how inhibition emerges, how one can improve a molecule's specificity, and the like. We do all of this using a computer, and then test everything in practice".

The program is conducted in close collaboration with specialists from the University of Strasbourg; for instance, Alexander Varnek, professor from this university, did open lectures at the Department of Intelligent Technologies in Humanities, and the program's best Master's students get an opportunity to study in France. How to apply for a program at the University of Strasbourg?

One can apply for a Master's program in France after completing a year of the Chemoinformatics and Molecular Modeling program at ITMO University. The student also has to have the medial score of no less than 4.5 points and have sufficient knowledge of English and French. After presenting their projects and speaking to the head of the Master's program at the University of Strasbourg, the students get an opportunity to go to France for two semesters and get a diploma of the University of Strasbourg in addition to that of ITMO University. This year, there will be three such students; in an interview for ITMO.NEWS, they've shared about their research.

Arina Suvorova's research is on developing an algorithm and software that will help to calculate and analyze the curves of scattering of X-rays on protein structures in a solution.

"The goal of the research is to develop a method to tell how many monomers, dimers and tertamers (in case it's  serum albumin that we examine) there are in a particular amount of protein solution, shares Yuri Porozov, Anna's scientific advisor. It works as following: physicists take a glass of the solution, do the measurements, and then use Arina's program so as to learn that, let's say, there 20% of monomers and 80% of dimers. This is important for molecular biologists, too, as such information is essential for deciding on the experiment type and predicting its results." Maria Vashurina's goal is to teach neural networks to predict the secondary structures of proteins. This will also be the first step to predicting tertiary structures and then the proteins' functions, so as to understand whether they are, for instance, potential targets in metabolism pathways.

"My goal is to predict the pattern of elements in secondary structures of proteins by its amino acid sequence by using the Simplified Molecular Input Line Entry System (SMILES), protein fingerprinting and neural networks," shares Maria.

Victor Fedosov works on a particular chemoinformatics task - he researches the properties of new materials used in photonics.

"Say, we have a two-dimensional metal-organic material. If these two-dimensional layers are positioned in a certain sequence one after another, and the spaces are filled with a solvent, we can research the effect of the solvent on the material's properties. Let's say we change the distance between the layers and the solvent's concentration - this will change the layers as well. In some cases, they will deform, in others even more interesting phenomena will occur; those can be later used for inventing new technologies. Currently, I'm working on creating a computer model of this system and studying its properties and the phenomena that occur in it," explains Viktor Fedosov.

The students will continue with their research starting with the next semester at the University of Strasbourg under the guidance of the staff of Alexander Varnek's laboratory. What's more, the Chemoinformatics and Molecular Modeling program's future graduates will also participate in internships at St. Petersburg's science centers. Why bio- and chemoinformatics are becoming more and more popular?

The Russian genomics and bioinformatics market is rapidly developing. According to results by experts from the Higher School of Economics, its current volume is at about 500 million rubles, yet its growth rate is above 30%, which is quite high. Among the key growth drivers of this market are the decrease in genomic sequencing costs, amassment of evidence of medical efficiency of data from diagnostic technologies, as well as increase in awareness of phycicians and citizens of the opportunities presented by modern genomics.

In Russia, the main scientific bio- and chemoinformatics centers are in Moscow, St. Petersburg and Novosibirsk. Abroad, besides large corporations that are part of the Big Pharma group (companies with a $3 billion annual income or those that spend more than $500 million a year on research in the field of medicine), there also are smaller companies and startups that focus solely on intelligent analysis of chemical data and outsourcing. Yuri Porozov believes that bio- and chemoinformatics market in Russia can develop in a similar way.

"We have many great IT companies, yet few good pharmaceutical ones. In Russia, all of that is still in its development stage. There are many successful small companies abroad that predict promising compounds and then sell their results to those who can finalize their work. A great example of such a company is Nimbus Pharmaceuticals. The company doesn't have big and costly laboratories, yet they have great specialists in chemoinformatics and molecular modeling that can conduct such research, and partners who can commercialize it. This way, they do something like scientific outsourcing which is oftentimes cheaper and more profitable. We might well have something similar in Russia as well," concludes Yuri Porozov.