Picture of the Week: Lab-Created Universe for Cell Cultivation 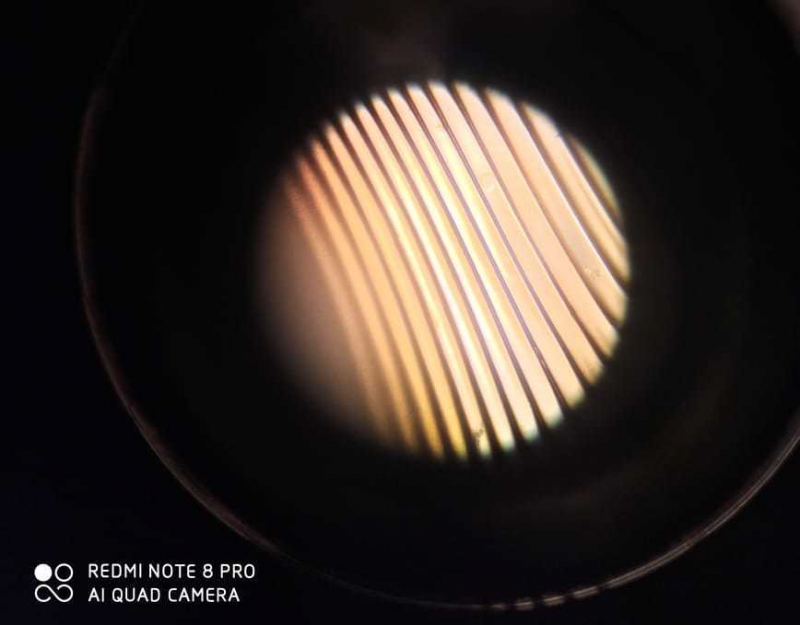 Resembling a planet, the image in the photo captures a sample of periodically ordered patterns of calcium phosphates, which researchers at ITMO’s Infochemistry Scientific Center will use to grow new cells and study their behavior.

The sample is based on agar, a vegetable gelatin substitute, made up of a mixture of polysaccharides. This material helps scientists create a periodic pattern, that is, the black stripes visible in the picture. Those are formed by calcium phosphates, the main inorganic component of our bones and teeth.

After sterilization, cells can be planted on the sample, so that scientists can examine the features of their growth and differentiation on patterns of calcium phosphates with various structures and properties.

“Metaphorically speaking, this is a future world that we will populate with cells. What seems to be a small well in a microplate is actually a whole new universe,” says Svetlana Ulasevich, an associate professor at ITMO University.

The photo was taken using the MicroMed I LUM inverted microscope as part of the project of the Russian Science Foundation No. 19-79-10244 “Microdosing and micromanipulatory systems for biomedical purposes based on mesoporous titanium dioxide modified with polyelectrolyte membranes.”