Researchers on the Spread of COVID-19 in St. Petersburg and Vaccination

Scientists have analyzed the spread of coronavirus in St. Petersburg throughout the past year. The research was headed by Anton Barchuk, head of the European University’s Institute of Interdisciplinary Medical Research and executive director at the Northwestern Federal District Association of Oncologists, and Daniil Shirokov,  head of ITMO’s Center for Development of Publishing Activities and the scientific department of Severgroup Medicine. ITMO.NEWS asked them to share the achieved results and discuss plans for further research. 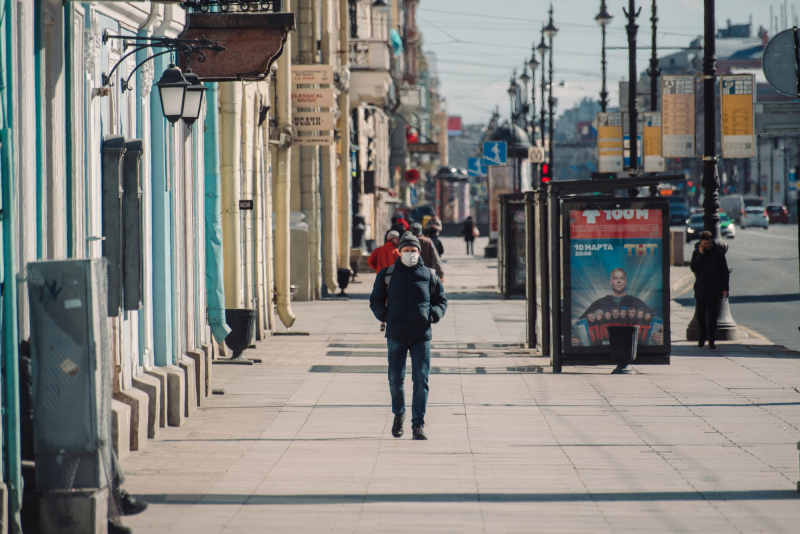 Can you briefly explain what your research is about?

Anton Barchuk: Our goal was to evaluate the spread of coronavirus in St. Petersburg. There are various ways to do that and the easiest one is a survey – something like a sociological study. It’s just like a usual survey where you ask people questions but our respondents were also asked to take a blood test.

Daniil Shirokov: First, our colleagues from the European University at St. Petersburg have created a representative sample. They’ve called about 60,000 people, asked if they’re ready to take part in a survey and if they were, they were asked about their condition, social and demographic characteristics, and symptoms they’ve had if they had been ill or vaccinated. Then, the respondents were asked to go to a clinic and take an antibody test. Its results and information received during the survey were further analyzed.

When was your research conducted?

Anton Barchuk: We started in May 2020 together with the European University, Scandinavia clinics, Moscow’s Genetico labs supported by Polymetal company, and later our colleagues from the Smorodintsev Research Institute of Influenza also joined us. In May, the first wave of the pandemic was over in St. Petersburg and it wasn’t clear how many people had actually caught the virus. The numbers mentioned in mass media and the internet differed a lot. It wasn’t clear what they were based on. Some people said that everyone had already had the infection. This led us to the idea of conducting our own independent and methodologically correct research.

Daniil Shirokov: We have worked on this topic for about a year, as this stage of research was over by April-May 2021.

What are the research results?

Anton Barchuk: We saw how the spread of the infection has changed over time. The first thing that struck us was that during the first wave, only 10% of the city’s population appeared to have had the disease. It’s not a lot. However, this made the healthcare system work almost at full workload and they barely handled it. It was clear even back then that it’s just the beginning and we’re at the start of a long journey.

Daniil Shirokov: Yes, we were happy to see a decreased number of new cases in August 2020 but in autumn we detected that the second wave was coming. It  affected about 10-15% of the city population which is enough to overload the healthcare system of St. Petersburg.

What do surveys conducted in spring 2021 tell us?

Anton Barchuk: By the end of April 2021, the percentage of those who have had the disease was about 40-45%. The number of cases was quite high during winter. Plus, people started to get vaccinated. We have information on about 10-12% of respondents who have received at least the first dose. Overall, it means about 55% of people had antibodies. It seemed like it’s enough to get rid of restrictions and prevent the spread of the virus in May but that’s when a new strain appeared and provoked the third wave. But this goes beyond the completed part of our research.

Daniil Shirokov: We thought the herd immunity would be reached in spring 2021 but this prognosis was too optimistic, partially due to new strains. It’s hard to make predictions now but we will continue to monitor the situation. However, I think our research will focus on vaccination in the future.

What are your conclusions on the death rate?

Anton Barchuk: According to our data, there’s a 0.8% death rate overall. If we only take the adult population, then it’s 1%. This means that out of 100 diseased people over 18, one will die. This data is quite accurate: in St. Petersburg, the statistics on death rate are precise and it’s possible to count excessive cases. Using our research, we can tell how many people have had the disease by a certain date and compare their number with the number of people who died.

Daniil Shirokov: The death rates are quite high, too. In the US, less than 0.1% die from influenza, which makes COVID-19 about 10-12 times more dangerous.

Speaking of vaccination – what can your research tell us about it?

Daniil Shirokov: Unfortunately, we don’t have data that would confirm or disprove the efficacy of vaccination. This wasn’t the goal of our research. I think that’s what we will focus on in the future.

But is there any indirect data on vaccine efficacy?

Anton Barchuk: Vaccinated people only appeared among our respondents in spring 2021. Most of them tested positive for antibodies. This indirectly confirms the efficacy of Sputnik V, which at first was doubted by some. Now we have independent data that confirms the fact that most vaccinated people tested positive for antibodies.

You said that by spring 2021, about 10-12% of the city population was vaccinated. Is it about the same percentage that gets ill during each new wave?

Anton Barchuk: Yes, exactly. At the same time, vaccinated people also contribute to herd immunity. One might say that thanks to vaccinations, we have skipped one wave. It would be great to skip some more. But right now we’re in the third wave and it might be the most widespread one.

Do you plan to continue your research?

Anton Barchuk: Yes, we would like to see when and if the city will be able to reach herd immunity. A new strain appeared and the percentage of immune people must be even higher now. We plan to continue our research in August or September.

Daniil Shirokov: It depends on whether people vaccinated by the Chumakov Center’s vaccine or EpiVacCorona are among our respondents. If so, we will be able to make certain conclusions.

Anton Barchuk: It’s actually a topic for separate research that we try to conduct with our colleagues. Now we, together with the Influenza Research Institute, are evaluating the immunogenicity of Sputnik V. As I’ve already said, according to our results, it works – there are no falsifications or conspiracies.

We also would like to analyze data on the efficiency of CoronaVac and EpiVacCorona. There are more doubts regarding them among the population and what’s more important, there’s no trustworthy data.

Do you plan any other research in this field?

Anton Barchuk: We research how the vaccine saves people from severe cases of illness and hospitalization. Unfortunately, it’s quite hard to do: medical research in healthcare institutions isn’t common.

Of course, it’s not only the hospitals’ fault. There’s just no education, no culture in this regard. The number of Russian publications both during and before the pandemic was quite low. Russia isn’t considered to be a country where you can acquire trustworthy data. That’s why the article on Sputnik V in Lancet surprised everyone: no one was expecting that.

Daniil Shirokov: Unfortunately, this leads to lots of skepticism. Some people argued about the published data and talked about it being fake. It’s an indicator of the lack of trust. Any research can contain mistakes or typos – it’s normal, and it’s also normal to correct them. But what we have observed was people straight up attacking the article. Even those who haven’t published anything ever criticized it left and right.