In late August, the first international article on the CoviVac vaccine was published in the peer-reviewed journal Emerging Microbes & Infections. Scientists from the Chumakov Federal Scientific Center for Research and Development of Immune-and-Biological Products of the Russian Academy of Sciences have presented data on preclinical studies of immunogenicity, safety, and efficacy of the vaccine in animals. The study was conducted over the course of more than a year. ITMO.NEWS asked Oksana Stanevich, an infectionist at the Pavlov First St. Petersburg State Medical University and a student at ITMO’s Public Health Sciences Master’s program, to discuss its results. 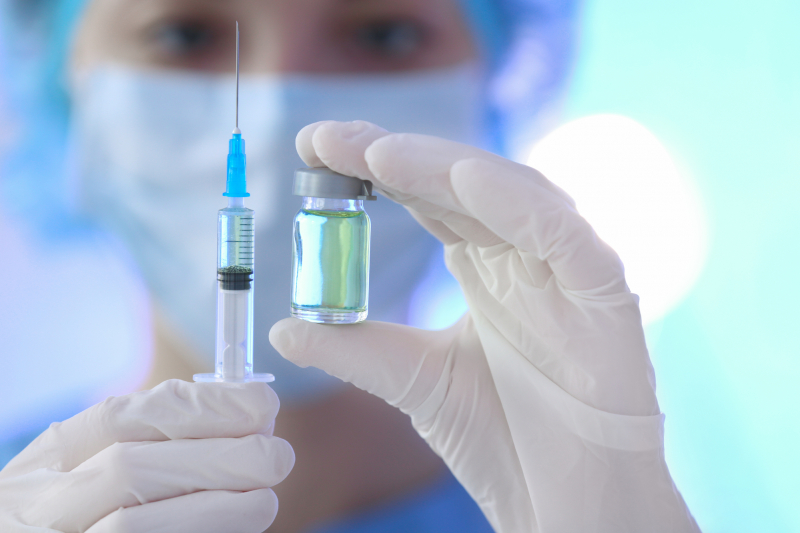 CoviVac is an inactivated vaccine developed at the Chumakov Center. “Inactivated” means that it's based on a “killed” pathogen that has lost its ability to spread the disease. In order to inactivate a virus, scientists mix it with beta propiolactone – a toxic substance used in most inactivated coronavirus vaccines. This is one of the oldest methods; for example, it’s been used for the polio vaccine. Once a vaccine containing the inactive particles of a virus is injected, it doesn’t cause the disease, but the immune system still detects the pathogen and produces antibodies.

“The development of inactivated vaccines is robust, cost-efficient and reliable due to its long and successful history of use. Several inactivated vaccines against SARS-CoV-2 infection are being developed around the world, and at least five have shown success in preclinical and clinical trials, which led to their authorization for use,” states the paper.

Among such vaccines are Chinese-made Sinovac and Sinopharm.

In February 2021, CoviVac was registered by the Russian Ministry of Health, making it the third approved vaccine in the country after EpiVacCorona and Sputnik V. CoviVac has been distributed to the public since March 28.

Significance of the publication

Even though the vaccine is approved and distributed all over Russia, there haven’t been any publications about it in international peer-reviewed journals – until now. This article on preclinical studies is the first and it was positively assessed by an independent group of reviewers.

“The results of preclinical studies are now published in a proper peer-reviewed journal, which means that they’ve received a positive assessment from an independent team of reviewers. From the article, you can learn about the thorough preclinical study of the vaccine’s safety and immunogenicity (the ability to stimulate the production of antibodies),” says Oksana Stanevich.

However, for now the scientists have only published the results of preclinical studies on animals, so the publication can’t be used to assess its safety for people.

The scientists had spent over a year conducting experiments involving animal subjects. They observed the state of vaccinated guinea pigs, mice, Syrian hamsters, and marmosets and compared their immune response with that of a control group.

A total of 20 guinea pigs and 25 mice that received the vaccine and the same amount of animals injected with saline took part in the study. The researchers observed their state over the course of a week and did not detect any pathologies among the vaccinated animals.

Moreover, the scientists concluded that CoviVac isn’t toxic even if injected several times and in large doses. The vaccine was given to mice and guinea pigs daily over a period of 10 days and did not affect their health. Autopsy also hasn’t shown any changes in their organisms.

The vaccine has also been studied on primates. Four female and two male animals were given the vaccine twice at a 14-day interval. Biochemical analysis of their blood produced acceptable results and no significant differences were found between the control and experimental groups.

In order to exclude the possibility of a negative effect of the vaccine on fetuses, the CoviVac vaccine was tested on pregnant mice. The researchers separated 60 mice into three groups. The animals were given the vaccine on the second, ninth, and sixteenth day of their pregnancy. One of the groups received a double dose. No signs of intoxication of cases of death have been detected. Some animals of each group were put down on their 20th day of pregnancy; the autopsy showed no pathological changes in their bodies or fetuses.

The rest of the mice had been under observation after giving birth for 60 days. The scientists note that the death ratio during the entire testing period didn’t exceed 4% and did not deviate from that of the control group. The vaccination didn’t lead to an increase in the death rate of newborn mice and hasn’t affected their development.

The authors conclude that these results prove the safety of using the vaccine in animals, which in its turn might lead to further clinical testing in humans.

“We can’t use this paper to conclude that the vaccine is absolutely safe for humans, but we can say that it doesn’t affect the reproductive function and the fetus. The lack of serious negative effects in marmosets means that it will most likely be the same for humans,” says Oksana Stanevich.

In June, the creators of CoviVac were authorized to conduct the third phase of clinical testing. 32,000 people aged 18 to 60 will take part in the study at 17 medical centers in Moscow, St. Petersburg, Kirov, Chelyabinsk, as well as the Belgorod, Orenburg, and Kursk Oblasts and the Republic of Tatarstan.

Even though phase three of the study has started only recently, CoviVac is quite popular in Russia and its supplies run out quickly.

“Different stages of clinical testing were conducted at the same time and the results of the first two phases, as well as partially the third phase, already exist but aren’t published yet. Even though they aren’t available, the reports must’ve proved the vaccine’s safety, otherwise the study would be paused,” says Oksana Stanevich.

According to her, there’s no answer on whether you should get vaccinated with CoviVac in the article, but the very fact that the publication exists already shows that the preclinical studies had been done properly, resulting in authorization for studies on humans.