An International team of scientists from Washington University School of Medicine (USA) and ITMO University proved experimentally that intestinal microbiota in mice can influence the body’s immune response to the flu. Metabolites, which are formed in our gut, stimulate the increase of interferon which is a protein responsible for suppressing the virus’s replication. The results of the research are published in Science magazine 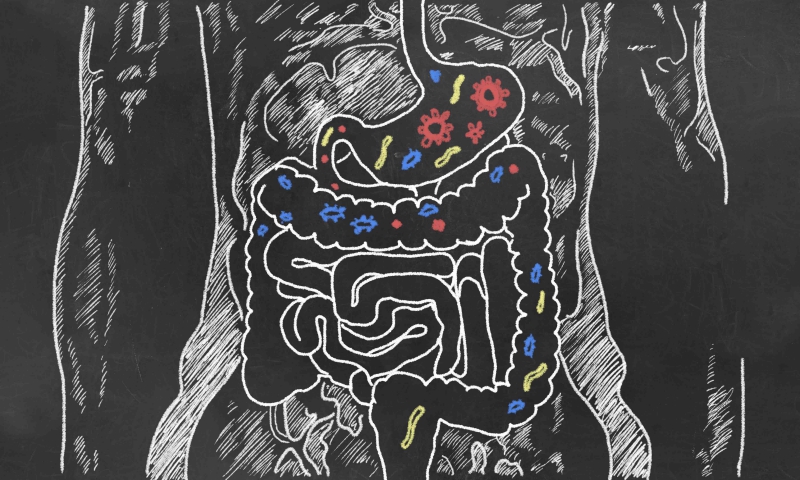 People respond to the flu differently. Previously it was thought that immune response depends on genes and the environment which affect the chemical reactions and processes in the human body. But the international team of scientists from USA and Russia have demonstrated that microbiota or rather its waste products, metabolites, also play a significant role in the immune response to the influenza virus.

For the first time scientists demonstrated how microbiota influences vital processes not only in the digestive system, but also the immune response to the flu which damages the respiratory system.  The researchers have shown that the metabolite desaminotyrosine – DAT plays a dramatic role in the generation of interferon. This protein suppresses the replication of the virus. Thanks to it special chemical reactions occur in the infected cell to prevent protein synthesis in general.  Besides this, interferon activates the growth of viral antigens and other chemical compounds which are activated during immune response.

To prove the role of microbiota in regularting the immune response to the flu through the generation of interferon, researchers conducted a series of experiments on mice. It was known that sterile mice without microbiota (as a result of taking antibiotics) were more likely and faster to die as result of the flu. Scientists had to find out exactly which metabolites influenced the growth of interferon and thus the immune response.  They checked 86 metabolites. Finally 11 metabolites were found to activate the interferon generation, but DAT was the most biologically relevant one. DAT is the metabolite of flavonoid, commonly found in black tea, red wine and blueberries.  Also other types of bacteria which are responsible for the production of DAT were determined.

“We had to verify the results. The mice with destroyed microbiota, mice that are not able to produce interferon genetically, and normal mice were given DAT with drinking water 7 days before the infection and 14 days while infected. Accordingly with previous results sterile mice had higher rates of mortality than normal mice. DAT-treated mice were less likely to lose weight and die because of infection. The metabolite didn’t change anything in mice that were not able to produce the interferon genetically, that proved the hypothesis that DAT protected them from the influenza virus with the generation of interferon” – said one of the article’s authors, Ekaterina Esaulova, a Master’s student at ITMO University.

“Preliminary data shows that DAT plays a role in the replication of interferon and strengthens the immune response of the infected body. The discovery about human microbiota to modulate the host response to the influenza virus might have a significant role in understanding the heterogeneous response to the infection in humans. Our results suggest that prior colonization by specific bacteria and a flavonoid-enriched diet are key components that modulate the immune response to influenza infection” commented the other author of the article Maxim Artyomov, the researcher in the Department of Pathology and Immunology at the Washington University School of Medicine