A list of recipients of the 2018 Eiffel Excellence Scholarship has recently been published, and Daria  Kuznetcova , a postgraduate student at the Department of Applied Biotechnology, is among the 60 doctorate applicants awarded the scholarship. Participation in the program provides young scientists an opportunity to conduct their research in collaboration with leading French experts in their field. Daria's current research concerns functional foods that can be used to prevent the development of neurodegenerative diseases. ITMO.NEWS asked Daria some questions about her project. 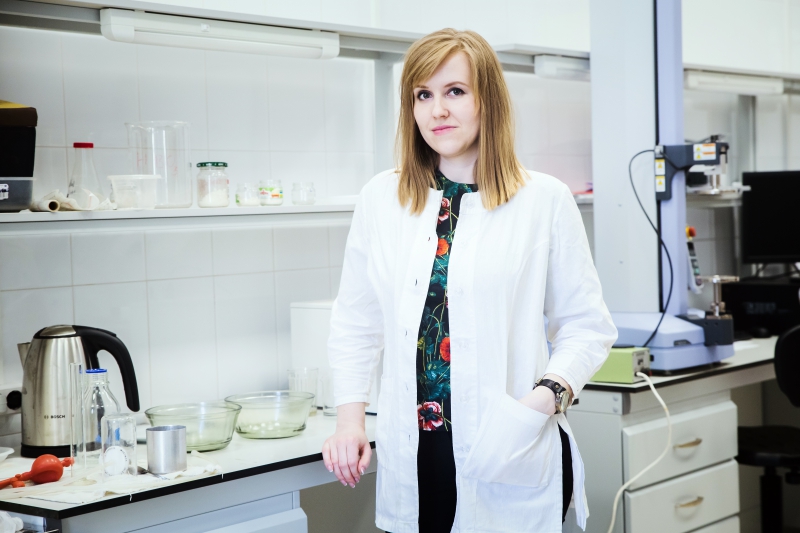 The Eiffel Excellence Scholarship Program was established by the French Ministry of Foreign Affairs and International Development to enable French universities to encourage top foreign students to enroll in their Master's and PhD programs. The program funds Master’s and PhD students in four major fields: law, economics and management, political science, and engineering sciences, which include life sciences, nano- and biotechnologies.

What’s important about the program is that only French higher education institutions may submit applications, meaning applicants must first contact a university that would represent them. Applications are submitted to Campus France, a public institution in charge of promoting French higher education abroad and welcoming international students and researchers to France.

The deadline for applications was January 12. This year, Campus France received 1,584 applications. The list of recipients was announced at the end of March, and Daria Kuznetcova, a postgraduate student at the Department of Applied Biotechnology, was among the 60 doctorate applicants awarded the scholarship.

“When I enrolled to ITMO University as a postgraduate student, I already knew that I wanted to go on an exchange program. That’s why during my first year at the university I worked on my portfolio, published scientific articles, and participated in conferences. At the beginning of my second year at ITMO, I decided to apply to several French laboratories, and the scientists from the University of Lorraine noticed my project on functional plant ingredients used for enrichment of dairy products. That’s how I applied to the Eiffel Excellence Scholarship Program,” shares Daria.

The application, which was first submitted to the University of Lorraine, and then to Campus France, included a CV, a list of publications, a motivation letter and the description of the project. As Daria notes, the jury pays attention to the applicants’ international experience, including internships and volunteer programs. A few years ago Daria took part in a short-term internship at the UN and the WTO, and also worked as a volunteer in France; this all played an important role in the assessment of her application.

How are you going to organize your research?

PhD students participating in this program can spend ten months conducting their research in French laboratories and research centers.

Two independent scientific laboratories have so far expressed interest in Daria Kuznetcova’s project, one specializing in biomolecules and nanoparticles, and another specializing in neurodegenerative diseases, particularly Alzheimer's disease.

Daria and her scientific advisor, together with Lyudmila Nadtochiy, head of the Department of Dairy Technology and Food Biotechnology, and Denis Baranenko, head of the International Research Center “Biotechnologies of the Third Millennium”, talked to scientists from the UR AFPA and LIBio laboratories at the University of Lorraine (Nancy, France), and discussed the prospects of joint research in the field of biologically active substances, as well as their use in the production of functional foods that can be used to prevent the development of neurodegenerative diseases.

“At ITMO University, we study vegetable oils rich in Omega 3. Together with our French colleagues, we want to find out how functional foods affect the development of neurodegenerative diseases”, says Daria Kuznetcova. “Our final goal is to create a cheese product enriched with vegetable oils, which people can eat every day”.

“Our French colleagues deem this project highly ambitious. We have to achieve certain results that would prove our product's efficiency before 2020, which is when I plan to defend my thesis”, comments the author of the project. “But I think that we will continue working on this project even after the program comes to an end”.

According to Daria Kuznetcova, the Eiffel Excellence Scholarship Program is a great opportunity to gain research experience in France, one of the leading European centers for agro- and biotechnologies, as well as engage in fruitful collaboration with international experts.