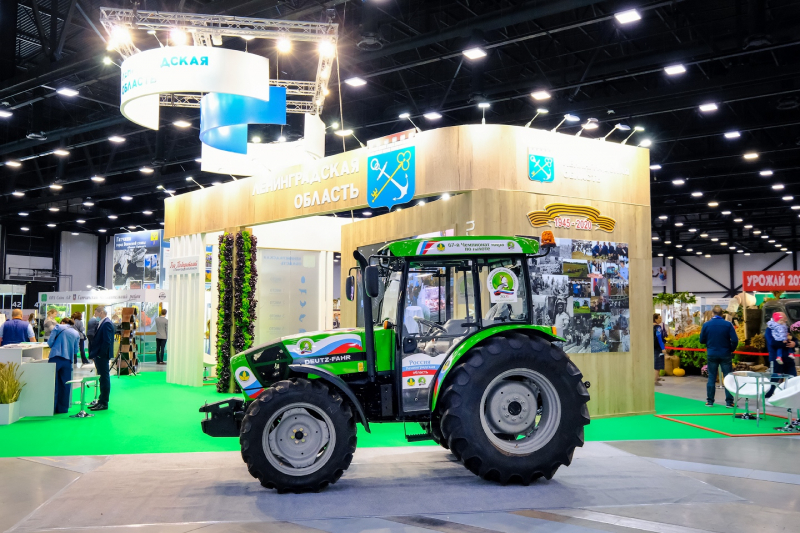 Scientists, including those from ITMO University, presented their latest inventions during a conference titled Quality of Production and Rational Nutrition as Cornerstones of National Health, moderated by Igor Baranov, head of ITMO’s School of Biotechnology and Cryogenic Systems.

Researchers from the Faculty of Biotechnology have produced a goat’s milk-based frozen dessert. Its target audience are, first and foremost, those who cannot allow themselves regular ice cream due to health or dietary concerns.

“Our ice cream contains no sugar, only natural sweeteners in a small amount that doesn’t affect the secretion of insulin, meaning it can be consumed in moderate amounts by those affected with diabetes,” says Margarita Lugova, a co-author of the research. “It’s also a great fit for the lactose intolerant as well as athletes – a single portion only contains 145 calories.”

As the researchers point out, a combination of stabilizers and natural sweeteners used in the dessert means the end product differs in taste only slightly compared to regular, cow’s milk-based ice cream.

“We’ve produced a batch in industrial conditions at the Petrokholod plant. We’ve got documents showing that our findings have been used in production and the ice cream was highly rated, received approval, and showcased at various conferences and competitions. We’ve also secured two grants,” continues Margarita Lugova.

Right now, the researchers are looking for an industrial partner to help put their invention into production.

A promising project developed by the School of Biotechnology’s researchers concerns the production of valuable beta-glucan polysaccharides from beer-brewing waste.

“The biological activity levels of the yeast beta-glucan are widely known,” says Vera Ivanova, author of the project and researcher at the Faculty of Biotechnology. “It possesses anti-inflammatory, anti-microbial, and immunostimulatory properties. Besides, the specifics of its structure make this natural polysaccharide useful in the food industry as a coagulant, emulsifier, or stabilizer. If you look up the prices on biologically active supplements, you’ll see that the average price of beta-glucan-based products is currently between 500 to 2,000 rubles.”

Today, the food industry uses plant-based beta-glucan, which, despite its remarkable production qualities, does not possess yeast beta-glucan’s wide spectrum of biological properties. The reason for this is the difference in the polysaccharides’ structure. Researchers from ITMO have devised a method of producing the substance using yeast that is left over from brewing.

“When brewing beer, you steep the wort and infuse it with pure yeast culture,” explains Vera Ivanova. “Once the beverage has been made, you’re left with yeast biomass that can be reused several times. But after several such cycles, the yeast loses its potency and can no longer be used. Meanwhile, its cell walls contain plenty of beta-glucan. In the first stage of treatment, we wash these microorganisms of the leftover product and then create the conditions conducive to their autolytic destruction – meaning they are destroyed by their own enzymes. The result is a cell wall substance that is subsequently subject to enzymolysis in order to condense and purify it.”

Researchers note that the end result of this process is a powder that contains no less than 20% of beta-glucan. This technique severely reduces the production cost of beta-glucan compared to having it imported, all while preserving the structure and properties of this bioactive polysaccharide.

Growing food prices are an everpresent trend caused by the deficit of crop acreage and pastures, the need to dispose of agricultural waste, and other reasons. This was the topic of a talk delivered by ITMO professor Alexander Ishevsky at the fair.

“In order to gain a kilogram of “gross weight” (with hooves and horns), a cow ingests some 30 liters of water and 30 kilograms of pure grass,” explains Alexander Ishevsky. “About 500 liters of water go into a single gram of beef protein. At the same time, the animal produces waste, too, which must also be disposed of. What this means is that we expend water and soil and then end up contaminating this very soil with excrement, which can’t always be recycled as fertilizer.”

Even increasing the percentage of recycled secondary products, such as hides and other animal parts, says the professor, won’t help solve the issue of a deficit of animal protein.

“The more extensively we recycle a cow carcass, the more expensive the end product, and, at some point when we start recycling everything, the cost of byproducts will exceed the cost of raw material,” he explains.

“Why insects? The maximum percentage of pure protein in beef is 17%. In locusts, it’s 55%. They don’t require water or special nutrition and multiply rapidly. The recycling issue is solvable. There is one issue: imagine the look of surprise on consumers’ faces when, according to current legislation, the list of ingredients on a product will include “locust protein” or “blowfly larvae protein,”” explains the professor.

According to the researcher, ITMO University’s Faculty of Biotechnology is planning to begin research on the production of dry protein powder from locusts and blowfly larvae (screwworms) and derivative meat products.

“At the same time we’ll need to study the properties of this protein and its amino acid make-up, which has not been sufficiently studied. These are great, promising studies,” emphasizes Alexander Ishevsky.

About the Faculty of Biotechnology

“Food biotechnologies are but a part of the wide spectrum of biotechnologies, and we are planning to expand the Faculty’s activities into the five primary fields of biotech,” explains dean Mikhail Kurushkin. “That includes food, industrial, agricultural, environmental, and even space biotechnologies; the latter will deal with the colonization of other planets, primarily Mars. It might sound like fiction, but just this spring an article in Nature Biotechnology expounded on the existing demand for such research and the need to develop it right now.”

The Faculty will develop a network of scientific and business partnerships in the field of biotechnologies. Its current and potential partners, too, participated in AGRORUS-2020.

“We’re actively building relationships with industrial partners in order to bring onto the market new, promising inventions and submit joint grant applications,” says Daria Mironova, deputy head for projects and commercialization at the School of Biotechnology and Cryogenic Systems. “We’ve already got a pool of projects that are ready for commercialization, including natural immunostimulatory additives for bees, edible food packaging for cheeses, and more.”

Two staff members of the School of Biotechnology and Cryogenic Systems received certificates from the Russian Ministry of Agriculture in recognition of the talks they delivered at the conference Quality of Production and Rational Nutrition as Cornerstones of National Health. These are Alexander Ishevsky (for the talk titled Social and Economic Issues of Food Quality) and Olga Rumyantseva (for the talk titled Staff Training and Research in the Field of Food Biotechnologies).

Lyudmila Zabodalova, a professor at the Faculty of Biotechnology, has for many years served as a jury member of AGRORUS fair’s industry-specific competition series Gold Medal.