The suggested method allows researchers to control whole-cell biocatalysis without any effect on the cells’ viability. The method can considerably improve biosynthetic and biotechnological processes. The research has been published in The Journal of Physical Chemistry Letters. 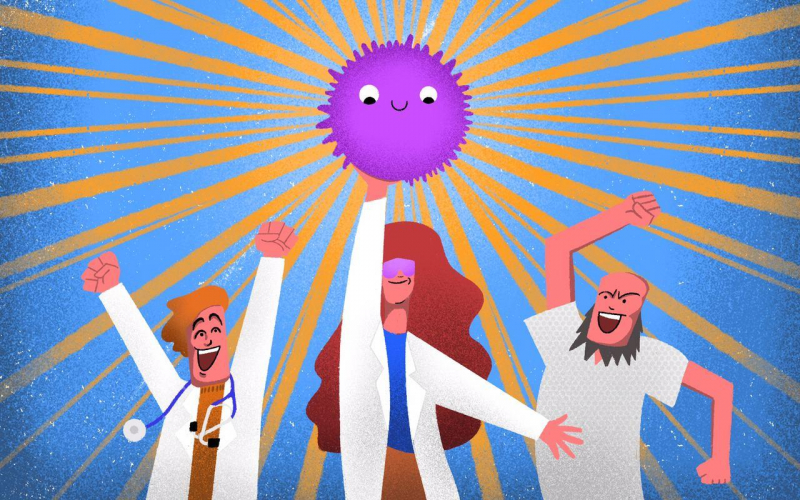 Biocatalysis is a biochemical process of using biological systems or their parts to accelerate chemical reactions. Biocatalytic processes are used to conduct chemical synthesis, study biochemical reactions, as well as solve practical problems in the industry, medicine, and biotechnologies.

Researchers have been looking for a way to control and accelerate biocatalytic processes for decades. Even though there are many methods of reinforcing biocatalysis, none of them solve the main limiting problem – the diffusion of substrate. Substrates are substances that have to enter the cell for the fermentation reaction to occur.

The problem is that cell membranes – and sometimes the cell wall – create a physical barrier and limit the rate of substrate diffusion into the cell’s reaction centers. To overcome this problem, membrane permeability can be increased with, for example, chemical substances. However, those can be rather toxic and are hard to control, while other methods can cause permanent damage to cell structure.

An ITMO University research group has suggested a technology that uses external stimuli to control yeast biocatalysis by increasing cell membrane permeability without destroying it or affecting its viability.

The researchers used urchin-like particles that they controlled with a magnetic field. These large particles have developed surfaces with numerous sharp spikes on their surfaces. In the article, baker’s yeast was used as a model organism for biocatalysis with exemplary ethanol fermentation reaction.

The researchers have demonstrated that they can use an external stimulus – an alternating magnetic field – to “turn” the biocatalysis on and off at a specified time. The “urchins” were added to the yeast, left to incubate, and then the mixture was placed into a magnetic set-up that can subject it to an alternating magnetic field of a specified frequency, intensity, and direction.

“A rotating magnetic field makes the yeast and the urchin-like particles rotate around its axis, which results in the “urchin” interacting with the membrane: it transforms the energy of the magnetic field into mechanical stress on the membrane. Thus, when it’s on the membrane, it creates a torque, allowing the membrane to open,” explains Daniil Kladko, a Master’s student at SCAMT and one of the authors of the paper. “Time and frequency play an important role in this experiment. We need the field to work and “tug” on the membrane for some time because it is still a considerably dense structure despite its seeming fragility.”

The resulting technology can be applied in food manufacturing: for instance, to cut down on the prices of yeast production and thus increase the number of yeast-based products on the market.

Moreover, biocatalysis is actively used in the pharmaceutical industry and biotechnology. By accelerating this process with magnetic fields, it is possible to increase the production volumes of biocatalysis-based treatments and lower their market price.

Furthermore, the “urchins” can be improved to be used for intracellular drug delivery into animal or human cells. However, it must be taken into account that yeast and human or animal cells have different structures. For that reason, while this technology could be used for targeted drug delivery in human cells, the researchers are yet to find a way to adapt it from one cell system to another.

“You’d need an interdisciplinary team to conduct this kind of research. My supervisor Vladimir Vinogradov is a great materials scientist, while Maxim Zakharzhevskii, the second author, is a SCAMT graduate and an experienced chemist. I'm a biologist with an interest in physics. By combining our competencies, we were able to look at the same process from different angles,” continues Daniil Kladko. “Sometimes you simply have to look at a relatively well-known problem from a different perspective. We had the necessary experiences in other fields that we were able to use. We were able to achieve this result thanks to constant communication inside our team and a good deal of hard work.”

This work was supported by the Russian Science Foundation project 16-13-00041.