An international research team has developed a device capable of improving the performance of MRI units. The technology is based on local redistribution of a magnetic field with the help of a metasurface made of metal resonators. It was proven experimentally that the metasurface is capable of reducing the power required to produce high-quality images using an MRI unit. The use of MRI units of lower intensity makes it possible to make MRI diagnostics safe for people with medical implants. The results of this research are published in the latest issue of the Journal of Magnetic Resonance. 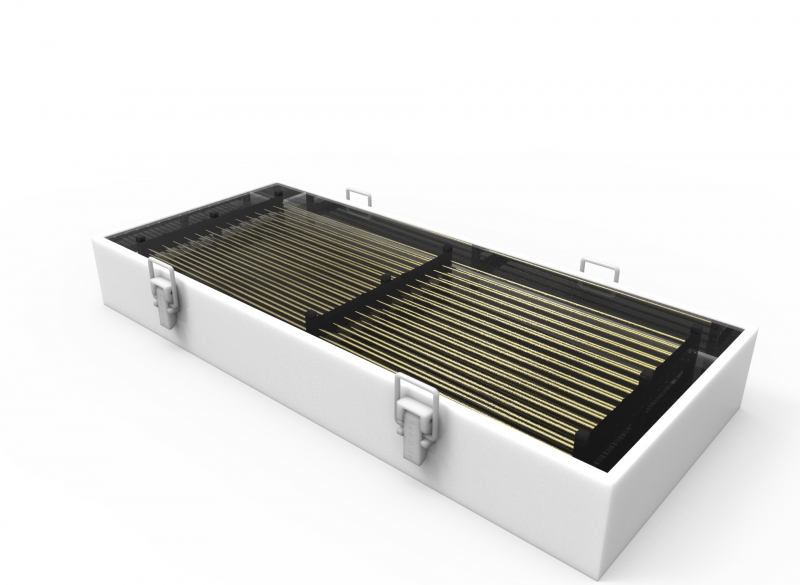 Magnetic resonance imaging (MRI) is currently used to diagnose a variety of diseases - from arthritis to cancer. The accuracy of such diagnostics depends directly on the quality of resulting images. To improve the image quality one needs to prolong the scanning time and increase the field strength of the MRI unit. This requires vast further investments and causes discomfort to patients. People with medical implants are unable to undergo examinations in MRI units of high field strength: tissue around the implant area may heat up and cause malfunction.

Scientists from ITMO University, in cooperation with their colleagues from the Netherlands and the UK, were able to solve this problem using a metasurface-based device. The meta-surface, in this case, is an ordered structure of metal resonators placed in a non-conducting medium. This structure is capable of redistributing the electromagnetic field inside the CT scanner and concentrating it around itself. If one places it under the part of the body which is being examined, reception and transmission of the local signal will improve, and the quality of the image will become higher. "Patient’s entire body is usually irradiated with an electromagnetic field of a certain power during MRI examination. During the scanning a significant portion of the field is present in the area of the patient’s limbs, which are placed closely to the radiation source coil. This may cause undesirable heating of tissue. It’s dangerous for the patient," - says Alena Shchelokova, PhD student at ITMO’s Department of Nanophotonics and Metamaterials (available in Russian) and the lead author of the article. “Our experiments have shown that using the meta-surface can increase the efficiency of the source coil by more than 3 times. This means that we can significantly reduce power consumption while ensuring high image quality. The lower strength of the MRI unit makes the procedure absolutely safe for people with medical implants."

The first MRI-boosting metasurface was presented by the researchers in early 2016. Its design was bulky and the object being scanned had to be completely immersed in water. By now the researchers have gotten rid of these shortcomings.

"We made the first prototype ourselves: we constructed it at an ITMO lab and then tested it at a local hospital using test samples imitating human body parts," continues Alena. "When we started working with the medical company Mediwise, we developed an improved prototype. We used it while working with volunteers at the medical center in Leiden, one of the best medical centers in the Netherlands. We are currently trying to introduce our invention to the Russian market: we are cooperating with doctors, optimizing the design and actively seeking out for investors." "The process of bringing a scientific invention to the market is a critical transition from fundamental research to a product that can improve people's lives," comments Alexei Slobozhanyuk, research associate at ITMO. - Our team has already developed several devices based on new artificial materials capable of drastically improving MRI technology and we continue this research work now. In 2 to 3 years, a series of such devices can improve the efficiency of a significant number of MRI scanners in Russian hospitals and increase the overall level of diagnostics in our country."

Reference: “Experimental investigation of a metasurface resonator for in vivo imaging at 1.5 T”
A. Shchelokova, A. Slobozhanyuk et al.
Journal of Magnetic Resonance.  Nov. 22, 2017