Decline of Antibiotics and Nanoparticle Drugs of the Future

Ekaterina Kolesova, a second-year PhD student at the Department of Optical Physics and Modern Natural Science, recently joined the “Night of Science” initiative to talk about the lessening effect of antibiotics and their future alternatives; she also took part in Science Slam, where she spoke about ITMO University’s involvement in a European Union project on digital twins. ITMO.NEWS spoke to Kolesova about her work and how antibacterial systems will help prevent new epidemics. 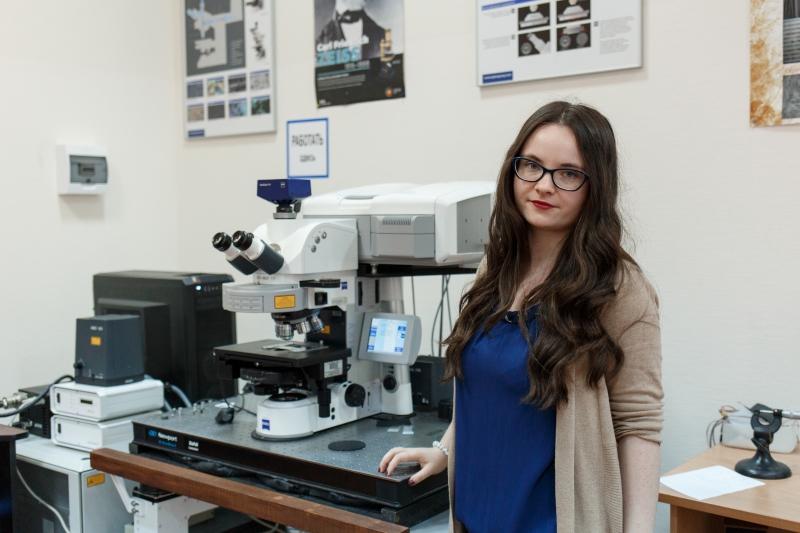 The “Night of Science” and Science Slam were your first experience as a science popularizer. What made you take part in these events?

Many of my peers take part in these events on a regular basis. We expressed interest in presenting our topics, contacted the people in charge, told them what we do and proposed our ideas. For “Night of Science”, we went with the topic of antibacterial structures: what they are, why we need them and how they’ll save humanity from disease. My PhD thesis deals with this topic, too. I create antibacterial structures out of various components synthesized at our lab, study their properties and how well they perform.

At Science Slam, I presented on a completely different topic: a European Union initiative on the creation of digital twins. It’s a large project that involves more than 200 researchers from 32 countries, all of whom are working on a massive database with information on every citizen of the EU. Thanks to machine learning, we’ll be able to predict and diagnose diseases, as well as create new medicines. One of the project’s segments is called Nanomedicine; its goal is to create new drugs based on nanostructured materials. As its participant, I develop new antibacterial therapy systems.

What issues are we facing today in regards to bacterial disease? Have we not yet learned how to combat it?

There are several types of socially significant diseases today. Among them are cardiovascular, oncological and bacterial ones. A lot of attention goes towards oncological diseases: there are social awareness campaigns and a frantic race towards the cure. Cardiovascular disease is talked about, too. As for bacterial disease, people believe that we’ve already found a cure: antibiotics. But we are now entering a phase when antibiotics are starting to fail us. More and more antibiotic-resistant bacteria emerge each day.

Why does this happen?

It is often the peoples’ fault, because many take antibiotics irresponsibly, e.g. as a prophylactic measure or when erroneously prescribed by doctors. Many treat their children with antibiotics at the first signs of a cold, even though children’s immune systems are not fully developed. A majority of people are unaware that this issue is a serious threat to their welfare. People are used to the fact that disease like pneumonia is no longer fatal: after all, we’re no longer living in the Middle Ages. Still, there’s a reason that these days we talk so much about the “right way” to use antibiotics.

What is the medical community’s response to this situation?

Last year, the World Health Organization released the first list of 12 pathogenic bacteria that present a threat to humanity. They are split into three groups depending on the severity of their threat; all these diseases are already resistant to several types of antibiotics. Staphylococcus aureus, for instance, is everywhere around us: a third of all people are its carriers. It is resistant to seven types of antibiotics, even the newer ones. It only needs four years to develop resistance to a new drug.

So what do we need to do to avoid future epidemics?

We need an alternative to antibiotics. At our department, we develop new antibacterial systems based on metal oxide nanoparticles; my work concerns titanium dioxide, which generates reactive oxygen intermediates (ROIs) and is capable of destroying the bacteria’s DNA.

Metal oxides are used in various well-known ointments, and their effects have been known for a long time. Titanium dioxide, however, has a specific trait: it only produces ROIs under the effects of radiation and only absorbs ultraviolet radiation, which isn’t very good for the human body due to its sterilizing effect. My goal is to create a system that would produce ROIs under the effects of visible light. In order to do that, we use a wide range of semiconductor quantum dots that we synthesize here at the lab. They absorb visible light and then transfer the electrons to the titanium dioxide particles, making them produce ROIs.

Right now, we’re creating coatings that, in a short time span, kill 60% of all bacteria we plant on them. A coating like this could be applied on walls, for instance. Staphylococcus aureus is a typical “hospital bacteria,” which means that about half of all staff at all hospitals and maternity clinics are its carriers. Maternity homes, for example, are closed down every five years for clean-up, but it would be great if we could just cover the walls with a specialized coating that would kill all the bacteria overnight.

The final product could be available in several forms: as a paint, a coating, even a band-aid to be put on a wound. The particles can also be injected intravenously. We’re currently working on a system that consists of a quantum dot in a shell of titanium dioxide. These particles would be small enough to be introduced into the blood flow. However, we still need to work out several key aspects, such as biocompatibility, stability, biodegradation, and ejection from the body. It’ll be a long way to go before we have a complete system suitable for use in clinical treatment.

Many science groups are working on antibacterial systems today. How many of them are doing work similar to yours?

Research in this field is quite active, indeed. If we’re talking about titanium dioxide, it is used in food production: for example, to coat salad leaves. As physicists, we’ve encountered some issues in the course of our research, like a lack of awareness of how bacteria work. Having learned from our mistakes, this year we’re launching a new Bachelor’s program track called “Hybrid Structures in Biomedicine”, which will let students learn about modern methods of microscopic analysis and the use of physical methods in diagnosis and treatment of disease. We hope that it will help train specialists who will work hand in hand with biologists and medical specialists to create a new generation of treatments.

There is, of course, some published research that deals with topics similar to ours. There two kinds of it: some that are focused on the creation of structures, and some on their interaction with bacteria. Authors of these articles don’t work hand in hand, and aren’t aware of what the others are doing. We want to go all the way from creating these structures to learning how they work. Quantum dots are now employed in hybrid structures, but unfortunately, they are not as effective as people hoped they would be. We believe that the issue here is not in their capacity, but in that the specialists don’t understand the physics of the processes. As physicists, we’re interested in assessing the photoinduced electron transfer process and finding ways to make it more efficient, which is key to making quantum dots perform better.

How long have you been working on this? And what made you pick this field of research?

My research began when I was a Master’s student, and I’ve already been working on it for four years. When I first started working with titanium dioxide, it was in a completely different field of application: solar panels. At some point, I was drawn towards medicine and the social significance of my research product. This happened around the time that the “Hybrid Structures for Biomedicine” laboratory opened at ITMO and most of our research shifted towards biomedical applications of nanostructured materials.

What do you think about the popularization of science now, after having hosted an open lecture and taken part in a science slam?

I think it’s a highly important endeavor. Those who came to the “Night of Science” may not have fully understood just what I do, but it made them concerned about epidemics and they asked me what they can do to prevent disaster. I hope that events like this can help us change the way people treat antibiotics. It was hard for me to make the switch from scientific talk to common language. For my lecture, I shifted the focus from what I do to what makes it important. I explained that if we don’t start developing antibacterial systems, we’ll descend back into the Stone Age. I enjoyed doing this kind of thing, because it makes you think of unusual examples and metaphors that might later come in handy in research, as well.