A research group from St. Petersburg including ITMO University specialists demonstrated a new transparent material that can be applied to screens of portable electronic devices. This self-cleaning material can destroy all the disease-causing bacteria on its surface and can, therefore, also be used in medicine. The discovery and its methodology were published in Materials Today Communications. 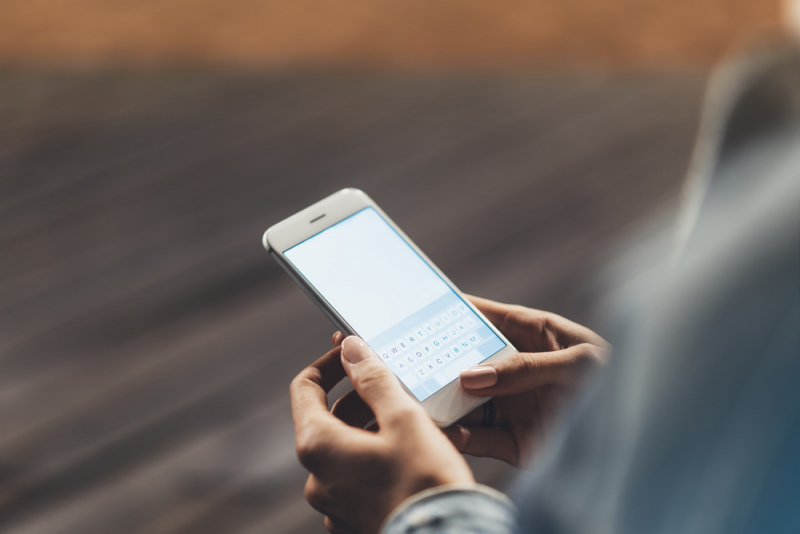 These days, we touch our smartphones first thing in the morning. We have them in our hands as we eat, commute, do our morning laps outside and sometimes we even take them to the bathroom. We touch them with our hands clean and dirty, greasy and sweaty, and it is only natural that our screens turn into portable bacteria collections, that can get on our faces as soon as we pick up a call.

For several years now the likes of Apple and Samsung have been working on a way to “teach” our smartphones to fight bacteria. One idea would have antibacterial components added right into the glass protecting the screen while others suggested applying antiseptic polymer covers.

“Introducing antibacterial components into the glass itself is rather complicated and expensive. There is also a question of its efficiency as these components have to be on the surface and not deep inside the glass,” explains Sergey Evstropiev, one of the authors of the article, a senior researcher at ITMO University’s Research Center for Optical Material Engineering and a PhD in chemistry. “Polymer-based bactericidal covers are much cheaper, but they are easily damaged, degrade in the light and are not chemically stable, which means that their efficiency drops rapidly the more they are being used.”

ITMO University’s Research Center for Optical Material Engineering has been working on bactericidal materials based on light metal oxides for several years. In the newly published article, the scientists presented a transparent structure based on such a material.

“We created our first coatings using zinc and tin oxides with added portions of cerium and yttrium oxides. We have demonstrated how the chemical compounds of the coating could be optimized to make it appear transparent within the visible wavelength range while also keeping the full capacity of its bactericidal qualities and a high level of adhesion to its surface material,” continues Sergey.

One of the key advantages of the coating apart from its bactericidal qualities is its relatively low price and easy production.

“Roughly speaking, I could make it in my garden shed with a bucket and a couple of cheap chemical agents. The secret is in the special organic additives that are introduced during synthesis. They make the coating spread evenly over the target material. These organic compounds evaporate over the necessary heat-treatment without producing any toxic substances,” he adds.

According to the researchers, the technology behind creating the coating and applying it to protective screens of portable electronic devices is relatively simple and can be introduced even at medium-sized enterprises. The most important change would be the installation of belt furnaces which can heat up to 550°C.

The thickness of the coating is only 200-300 nanometers. The ions of metals that make the coating diffuse into bacteria, destroying them and thus ensuring the material’s antibacterial qualities.

“There is a traditional method to demonstrate the efficiency of any bactericidal material approved by the Ministry of Health,” explains Sergey. “It involves something like a soup made inside of a Petri dish with bacteria added in the mix. If we put glass or any other non-antibacterial material inside, nothing will happen to the bacteria. They would thrive perfectly well despite this introduction. If we put in a glass with our coating on it, however, a bacteria-free zone will emerge in the area around it. In another experiment, we tested our coating in the daylight and in darkness, noticing a two-time difference. Meaning that the disinfection is faster in the light, but it still continues at night! It is important because otherwise it would mean that you come home, turn the lights off and go to bed while the bacteria continue to spawn on our phone. We conducted these experiments together with St. Petersburg State Chemical-Pharmaceutical Academy.”

Moreover, the coating is highly resistant and adhesive, making is capable to serve as an anti-scratching surface for smartphones. It is also capable of cleaning itself because when hit with light it emits chemically active oxygen which decomposes any organic compounds on the coating – be that bacteria, sweat or greasy fingerprints.

This very chemically active oxygen emission is what makes the material potentially applicable in medicine.

“We’ve started collaborating with Vavilov State Optical Institute on medical fiberscope modification as well as looking into the possible medical applications of photonic-crystal fibers,” comments Nikolay Nikonorov, one of the authors of the article, an ITMO University professor, the Vice Dean of ITMO’s Faculty of Photonics and Optical Information, the Director of ITMO University’s Research Center for Optical Material Engineering and a PhD in Physics and Mathematics. “Fiberscopes that are introduced inside the patient’s body to inspect their organs are widely used in medicine. In our experiments, we apply our coating which would emit singlet oxygen when affected by soft UV radiation to endoscopes. We also attempt to introduce our bactericidal material into photonic-crystal fibers which would allow us to transport chemically active oxygen to cancer cells via the fiberscope leading to their destruction. So, when before we were only equipped with binoculars or a flexible fiber scope, now we have combined this scope with a machine-gun. We only have to switch the LED from white light to UV radiation.”

The researchers also suggest various scenarios in which the material could be used in its powder form. It could be added to paints applied in children centers or hospitals enabling the surface to clean itself. Another possibility discussed is replacing the traditional zinc ointment with a new slightly more expensive but much more efficient one. Finally, the new material can be used in household and medical air cleaning systems.