ITMO University’s international SCAMT (Solution Chemistry of Advanced Materials and Technologies) Laboratory has received a megagrant from the Russian government. ITMO.NEWS spoke to the staff to find out what kinds of new specialists will be needed at the laboratory, what developments within the framework of the megagrant are in the pipeline, and how this work will help to pave the way for a technological revolution in entire industrial fields. 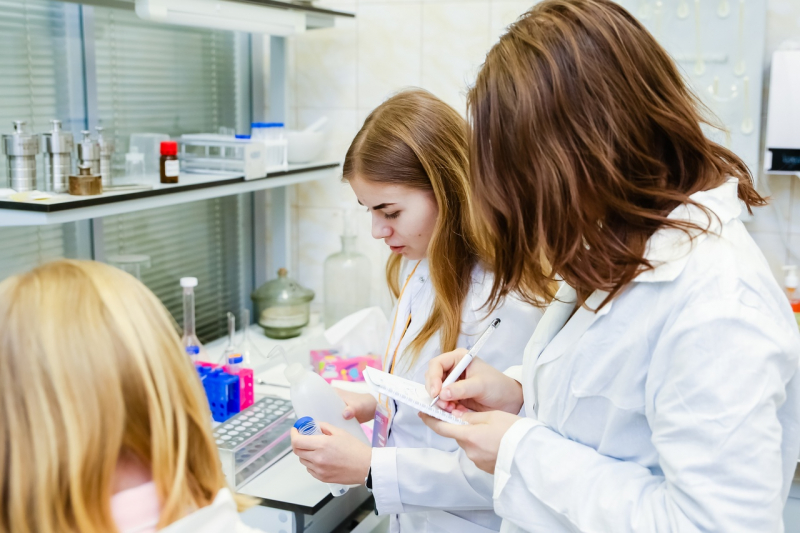 Obtaining a megagrant is an important milestone for any Russian research center or university, the peak of support available to the country’s scientists. This year, some 450 research teams were in the line for receiving the program’s funding, and only 36 was considered worthy of the sizeable governmental grant. Among them was ITMO University’s international SCAMT Laboratory, which became the only St. Petersburg institution to be awarded a megagrant in 2019.

SCAMT’s plans as part of the project include work on innovative materials for a host of different applications: from healing wounds to purifying the water from heavy metals. Stepping in as an international scientific partner, a prerequisite of the grant, is a Canadian-Israeli researcher currently working at the University of Toronto, Eugenia Kumacheva.

“Getting a megagrant is determined by your research agenda and the international scientist that plans to join you in the implementation of the project,” explains Vladimir Vinogradov, head of SCAMT Laboratory. “Eugenia Kumacheva really is a prominent scientist with a high citation index (h index – 80), one of the editors of the Science Advances journal; her scientific career is peaking. She’d been offered to participate in megagrant projects before, but she finally agreed to collaborate on one with ITMO University, which was huge luck for us.”

“I studied in St. Petersburg and up to this day have very warm feelings for the city,” says Eugenia Kumacheva about the reasons she agreed to become the project’s scientific partner. “I visited SCAMT, met the people working here and liked what I saw.”

As noted by SCAMT representatives, the joining of efforts of the international center’s scientists, Eugenia Kumacheva’s competencies in the field of polymer chemistry and nanostructuring, and ITMO University’s engineering facilities will allow for conducting interdisciplinary research set up for the fastest practical implementation possible.

“Globally, our project consists of several key tasks, for example, the printing of smart healing bandages containing a large amount of active reagents with properties ranging from antibacterial to wound-healing and antinecrotic,” shares Sofya Morozova, a researcher responsible for the scientific side of the megagrant’s project implementation. “This allows to create personalized medical devices for every patient and every task. Coming next is the development of hydrogel-based ion-selective and ion-extracting membranes containing graphene quantum dots allowing us to purify water from heavy metals, and going forward to determine exactly what kinds of metals there are in the water bodies and extract them for further use.”

The team also plans to develop materials that would react to external impacts such as light, temperature changes, and physical impacts. These materials can be used as smart implants introduced into a patient’s external organs to quickly indicate changes in the patient’s state. It is envisaged that the production will involve not only 3D but also 4D printing technologies. The latter’s premise is that the printed materials don’t stay the same but gain new properties over time.

“We have proposed an ambitious program that is at the forefront of advanced materials science. We’re hoping to develop new nanocolloid ink for 3D printing and new functional materials for a wide spectrum of applications,” adds Eugenia Kumacheva.

But the project can solve not only medical and cosmetic problems. The scientists also propose solutions for the food industry. For one, the processing of food raw materials using 3D constructions will allow to generate new products and significantly decrease the price of the technologies already available.

“Usually, food raw materials (primary or secondary) are mixed with ferments or microorganisms that perform their catalytic function but also remain in the product indefinitely and are present in the final composition. New constructions manufactured with the help of 3D printing can change this situation so that passing through the construction the raw materials would react to such cultures, but these stay in the construction and not pass through to the end product. This would significantly cheapen the product because there’d be no need for constantly buying new cultures. There are no such technologies on the market as of now.”

A total of 90 million rubles has been allocated by the government for the implementation of the project: 33 mln for the first year, 33 mln for the second year, and 24 mln for the third year. Thanks to this funding, a new laboratory is already being formed and equipped at SCAMT.

“We are now very intensely focusing on the technical equipment of the new laboratory, which will be based at ITMO’s Lomonosova 9 campus. Working here will be a so-called avatar, a double for Eugenia Kumacheva with whom she will be directly interacting. It is also planned to attract five to six postdocs and up to 20 Master’s and PhD students. These are completely new positions that didn’t previously exist at the university,” explains Vladimir Vinogradov.

In addition to collaborating with Eugenia Kumacheva, the project team also plans to work with the Hebrew University of Jerusalem. The staff of other ITMO units will also be involved.

Three years have been allocated for the implementation of the project, which is why the first research results and corresponding papers in highly rated science journals should appear as early as by the end of next year. Also set to appear by that time are the first prototypes of the new materials based on which the decision to launch commercial prototypes will be made.

“We are setting ourselves the goal that in three years, at the end of the megagrant’s duration, we’ll have a viable laboratory that would go on to grow independently. We will be achieving this in two ways: firstly, the team will start to compete for its own grants, apply for R&D and so on, and secondly, we plan to create a spin-off company that would be producing the functional structures for biomedicine, food industry and cosmetology based on our developments. We’ll be focusing on the technologies that are capable of fast introduction to the market. Apart from that, Eugenia Kumacheva works with the leaders of international industry, and with her we have a real chance to break through to global markets,” highlights Vladimir Vinogradov.