ITMO collaborates with over a hundred universities all over the world and its students regularly participate in international internships and semester exchanges. In this article, the students of ITMO’s SCAMT Laboratory who’ve recently come back from European universities share their experience and advice on how to take part in an internship abroad and what perks this gives. 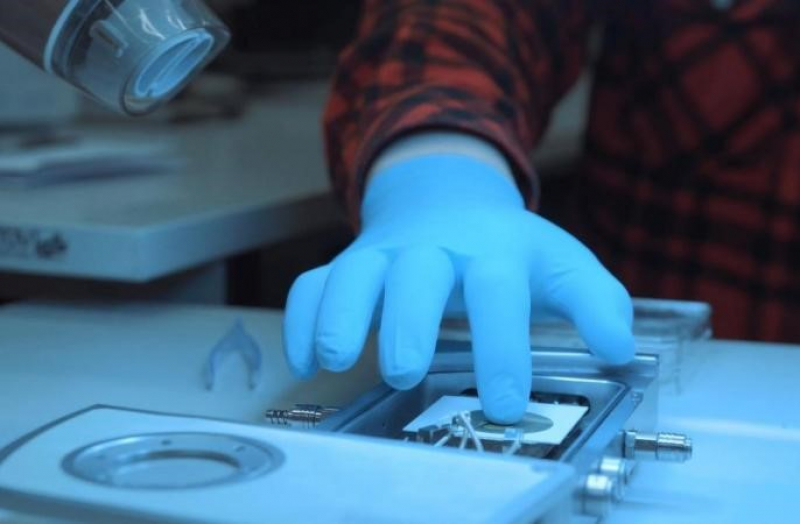 Internship at the University of Oulu, Finland

Field of scientific interests and work at ITMO

My school dream was to study materials science at Peter the Great St. Petersburg Polytechnic University. But because of my inattentiveness, I accidentally applied for the Department of Physics of Semiconductors and Nanoelectronics, which I graduated from with the specialization “Nanotechnologies and Microsystems Technology”.

Despite the fact that this specialization belongs more to the realm of physics, my Master’s program is in “Chemistry of Applied Materials”. My current work focuses on the synthesis of complex ceramics based on alkali metal niobates.

How to take part in an internship at a university abroad

It was my research supervisor who suggested I participate in an internship at the University of Oulu, ITMO’s partner institution. As it turned out, this was spot-on my thing. The laboratory fully corresponded to my scientific interests. My internship was sponsored by the Erasmus+ program. In total, I was in Oulu for three months.

The internship took place at the University of Oulu’s Microelectronics Research Unit under the guidance of Yang Bai, a specialist in the field of piezoceramic materials. We conducted research on complex ceramics based on alkali metal niobates doped with barium and nickel oxides. The main key feature of this material is that it has high piezoelectric and pyroelectric coefficients. Alloying the composition with barium and nickel oxides can allow us to significantly reduce the band gap, which makes the material a semiconductor. Essentially, what we’re dealing with here is a semiconductor material with some dielectric properties (such as piezoelectric and pyroelectricity), which makes it an excellent candidate for the role of a new source material for modern solar panels or cells.

Relevance and practical applications of the research

As many people who have some connection to the chemical industry, I’m extremely concerned about how polluted our planet is. People are burning fuel, mindlessly throwing away used batteries, while we are surrounded by so many natural energy sources. Vibration, heat, solar radiation – all this can be transformed into beneficial energy. And now imagine that all of this can be combined into a single material which is environmentally harmless, too. With the development of this field, we could at least supersede batteries, which would bring a tangible, positive result on the environment.

What did you learn during the internship

Without a doubt, the internship allowed me to make a significant leap in terms of my knowledge and skills, I really feel this. But what I also found very significant was the opportunity of immersing myself into a new culture. I’ll channel all the experience I obtained into continuing my research work. Naturally, even though I returned to Russia, I plan to continue cooperating with the University of Oulu’s laboratory and studying the material we’ve obtained.

Field of scientific interests and work at ITMO

I did my Bachelor’s at the Higher School of Technology and Energy (previously known as the St. Petersburg State Technological University of Plant Polymers). I specialize in ecological engineering. My Master’s program is “Chemistry of Applied Materials”; I study everything in regard to nanotechnologies, nanomaterials, and nanofabrication – in short, everything with the prefix “nano”. At ITMO I’m working on a project on reduced graphene oxide chemical sensors. This material is a multisensor, so if you configure it correctly, you can make a device for detecting several types of signals, for example, a fitness tracker.

How to take part in an internship at a university abroad

One long-standing dream of mine was to live in France for some time and understand its culture from the inside because I’ve been studying it since I was little. Paris-Sud University offers a great opportunity to immerse in the studies alongside both international and French students. Choosing the university, I also looked at the level of research conducted there, and Paris-Sud University has a really advanced one. As of now, Paris-Sud University is part of the University of Paris-Saclay, which collaborates with a variety of different laboratories with focuses from engineering to theoretical chemistry. I was attracted by a large number of places I could potentially work at, as well as a high level of knowledge intensity and strong lecturers.

I applied for ITMO’s academic exchange competition, passed the interview, the International Educational Programs Office reached out to the university, and they approved my application. To participate in the internship, I needed a good command of English, and to work at the laboratory, a substantial CV with indications of my previous internships was required. My coordinator from the French university sent it out to several laboratories where I found interesting projects. This was how I was discovered by a group of scientists with whom I went on to work in the course of three months.

The laboratory my internship took place in is Paris-Sud University’s Centre for Nanoscience and Nanotechnology. I conducted my research at its MicroSystems and NanoBiofluidics Department. Working under the guidance of professor Filippo Fabbri, I studied the behavior of cells on a photoactive substrate. This substrate consists of a copolymer which has an azo polymer as one of its monomers. The gist of it is that when it’s exposed to green light, it changes its configuration from cis to trans. What does this mean? In the course of irradiation, the material begins to acquire wrinkles on its surface, that is, the azo polymer film changes its properties, which we can clearly observe. Professor Fabbri suggested that in this manner, we can act on various organisms and matters. So the idea came up to control living cells and monitor their reaction by planting them on a copolymer. The results were very interesting. We could observe the behavior of cells upon irradiation and, following that, draw conclusions about their viability.

Relevance and practical applications of the research

The project’s goal was to understand the interaction between the cell and the photoactive matter in order to explain the ways of managing cells. Its possible theoretical applications could be microfluidic chips and the modeling of processes in artificially created blood vessels, for example for targeted drug delivery.

The topic encompasses several fields: solid state physics, optics, engineering, and microbiology, in which I had some experience of working in the past. It was this that got me interested.

What can you learn during the internship

The studies at the university were very interesting and lasted for four months. Paris-Sud University provides its students with a great education. I took three courses: Advanced Radiotherapy and Nanomedicine, Nanoscience, and Chemistry for Renewable Energy, and passed the exams in all of them. The courses abounded in useful information, the lecturers are friendly and fully engaged in their subject – they can explain it not only from the theoretical but also the practical side as the majority combine their teaching with heading laboratories or research centers. For example, our radiotherapy lecturer – professor Sandrine Lacombe – heads a research group on hadrontherapy and nanomedicine at the Institute of Molecular Sciences and is Paris-Sud University’s Vice President for International Affairs.

Apart from the studies, I attended several events for international students. I also partook in a symposium on materials used in catalysis and the power industry, as well as in a workshop on biomicrofluidics, which took place in my laboratory.

Of course, it would’ve been a huge loss not to travel throughout France a little, given that I was there. Thanks to the people from my program, my groupmates and I went to the stunning medieval town of Mont Saint-Michel, which is situated on an island with the same name, as well as Saint-Malo, an ancient port city famous for the huge waves it’s awash with. And this is just some of the places I’ve been to, not to mention Paris itself.

What I found the most useful in this trip is obtaining knowledge from leading experts. I learned to work on new equipment and with optical systems, for example, a complex fluorescence microscope, as well as prepare samples with cell cultures.

Many of the topics studied really excited me. For example, the Nanoscience course included a section on plasmons. I got really interested in this topic, and I’d like to pursue it in the future, all the more so that it could be combined with my present research focus. I hope that my research will come in handy for some of SCAMT Laboratory’s projects, which is where I’m also implementing mine.