Picture of the Week: A Holographic Image in the Augmented Reality System

Thanks to a special technology, the image can be seen both up close and from afar – its levels of brightness and contrast remain equally high. 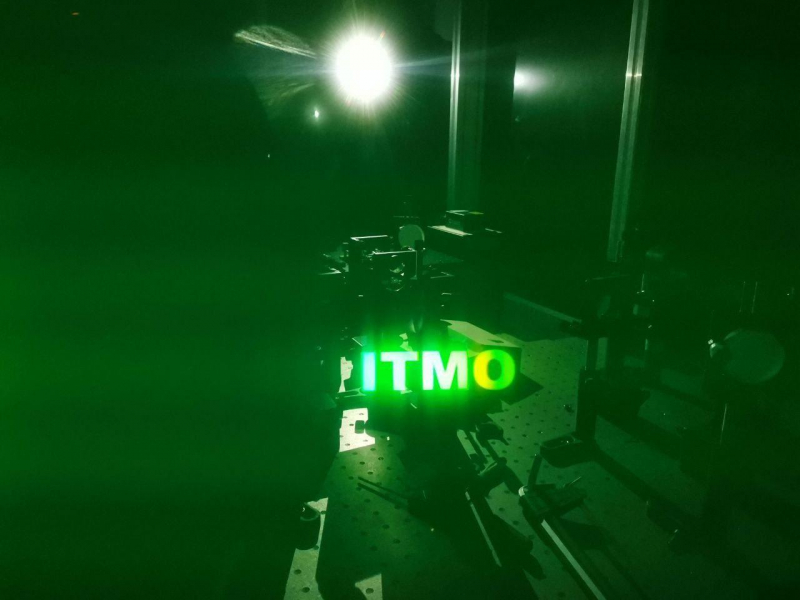 In the picture, you can see ITMO Univeristy’s logo projected by the augmented reality system.

Once the light reaches the user’s eye, a similar set of holograms extracts the light from the waveguide and the image forms in front of the eye.

Images projected in this way can be seen clearly both from short and long distances. There is no quality loss at the waveguide with the used wavelength and that’s what provides the image with high brightness and contrast levels. The system was created by ITMO University’s Research Center for Optical Material Engineering and the Research Institute of Radioelectronics and Laser Technology (Bauman Moscow State Technical University).