Scientists from ITMO’s School of Physics and Engineering have predicted that topological states that occur in a two-dimensional array of superconducting qubits make the system robust to disorders. This may allow scientists to make certain algorithms of quantum computing resilient to defects in the structure, which opens up new opportunities for the design of superconducting quantum processors. 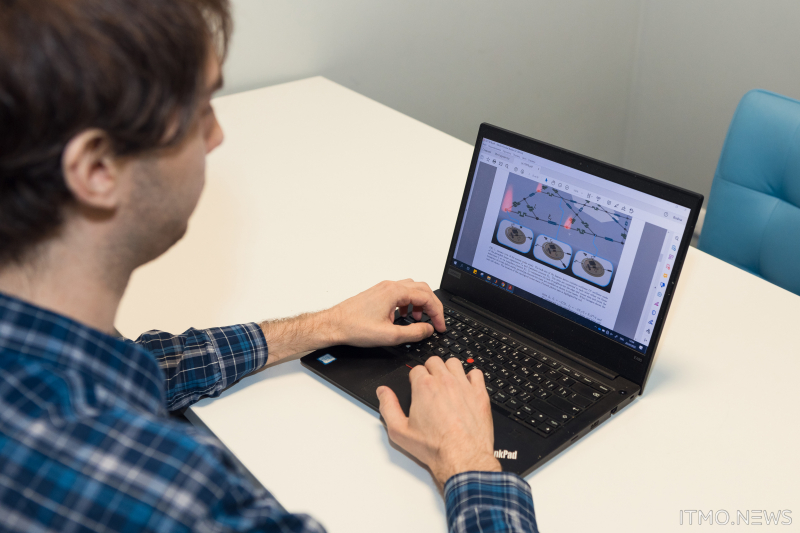 Nowadays, quantum computers are more than just a dream. Prototypes for quantum processors are developed by major IT companies like Google, Intel, and IBM. Moreover, there’s evidence that they are already superior to usual computers. Quantum computers are based on qubits – two-level quantum systems that store and process information. Unlike conventional processors that employ a binary system (1 – on, 0 – off), a quantum bit is able to enter a superposition of both these states.

However, the spread of the parameters in the system that inevitably follows the production of qubits staggers the development of quantum processors. Simply put, quantum bits have various physical characteristics and the difference of these parameters between the fabricated qubits negatively impacts the system’s performance. Moreover, interaction with the environment and thermal noises destroy the qubits’ superposition states. This can lead to problems with data processing and storage.

In order to overcome this obstacle, scientists from ITMO’s School of Physics and Engineering suggested to apply the concepts of topology:

“Imagine two systems whose global symmetries lead to the emergence of various topological phases. Once we connect them, an interesting phenomenon occurs – topological interface states appear on their boundary. Such states are secured by the system’s symmetry, and thus are insensitive to local perturbations. For example, they’re resistant to disorder: even if the structure of the system is disturbed in several places, the frequency of the modes and the direction of their propagation remain the same,” explains Andrei Stepanenko, a PhD student at ITMO’s School of Physics and Engineering, and an author of the paper.

Scientists already applied this feature to produce topologically protected waveguides, resonators, and lasers. Their functions aren’t affected by defects in their structure. However, the possibility that similar approaches can help protect the quantum entanglement or computing has barely been researched. Topological states in qubits have been studied before, but typically in terms of one-dimensional and single-particle states, where quantum entanglement cannot be implemented. The researchers from ITMO University designed a two-dimensional system with a pair of photons inside it. It creates several additional degrees of freedom, so the system may support not only edge but also corner topological states.

“We designed a two-dimensional array of qubits and examined the behavior of photon pairs in it. Interestingly, these particles don’t “know” anything about each other, until an efficient interaction between them was introduced,” says Andrei Stepanenko. “In order to enhance this interaction, we’ve used the Josephson junction – a dielectric placed between two superconductors. Many superconducting qubits are based on this element. This allowed us to create a topological phase, force photons to interact, and form a bound state.”

The scientists analyzed the impact of disorder in the system on corner states. They simulated a real structure with slightly different parameters of qubits and proved the topological protection of the quantum state:

“By observing the changes in the system’s spectrum, we prove that topological corner states are protected from fluctuations in the couplings between qubits,” says Mark Lyubarov, a graduate of the School of Physics and Engineering and an author of the paper. “This is a fascinating property of its own and we’ve demonstrated it in a two-dimensional system for the first time ever. Based on this, we can implement quantum transport in the system.”

In the future, the authors plan to continue investigating superconducting quantum processors and find applications to the obtained results:

“Even more interesting properties occur when it comes to quantum computing. Even today, quantum supremacy has been shown for certain protocols. One of such algorithms is boson sampling. At first, photons are launched into the system and then their distribution is sampled. Our paper proves that in topological arrays of qubits, the results of this algorithm are also protected from disorder,” adds Andrei Stepanenko.

This research is one of the projects by the Frontier Laboratory “Probing Fundamental Physics with Topological Metamaterials,” founded with support from ITMO’s 2030 Development Strategy. The project was also supported by a grant from the Russian Science Foundation.

“We started to research topological states of quantum light in 2017, before the first experimental studies on this topic appeared. At first, we were only engaged in theory. It wasn’t quite clear how it is related to actual systems. But later on, when we collaborated with experimenters at the National University of Science and Technology MISIS, we realized that the phenomena we had predicted worked for arrays of superconducting qubits, and that’s when we entered this new field of research. I’m certain that we can expect more discoveries and fascinating outcomes, as there’s still a lot to uncover. And we’ll be glad to see new talented students and postdocs on our team,” says Maxim Gorlach, a senior researcher at ITMO, the head of the frontier lab, and an author of research.