ITMO's scientists Yuri Kivshar and Mikhail Rybin published an article in the News&Views section of the Nature Photonics journal on the research of their colleagues from Barcelona Institute of Science and Technology. The article explains how the Spanish researchers succeeded in using the anisotropic properties of a compound for creating simpler yet more effective optical devices based on the so-called bound states in continuous spectrum. In future, this discovery can be applied in optical detection systems and other devices, shared Mikhail Rybin, Deputy Head of ITMO's Department of Dielectric and Semiconductor Photonics and senior research officer of the Spectroscopy of Solids Laboratory of the Ioffe Institute. 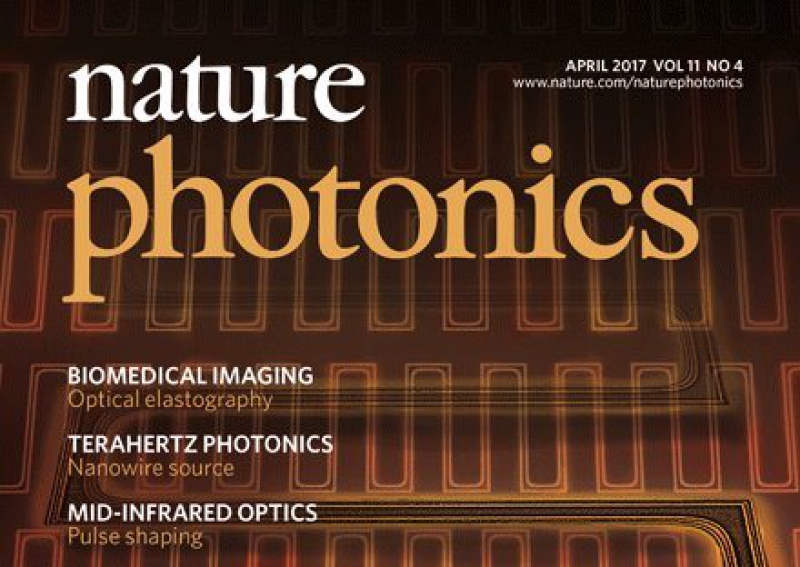 The News&Views section mostly covers the most relevant and important topics. Its authors explain the essence of recent publications in leading science journals in simpler terms, so that scientists from different fields would understand them. Research on bound states in continuous spectrum is a fast-developing and promising field of science, and their results are in high demand in developing more effective optical devices.

The term "bound states in continuous spectrum" comes from quantum optics. Classical physics states that an electron that is bound to a nucleus can stay bound for any amount of time - it just doesn't have the necessary kinetic energy to "fly away". Yet, if it passes above a quantum well, it gains enough energy so as to get away from the nucleus. Even in the early days of quantum mechanics development, scientists discovered the conditions when an electron that has enough energy stays bound to the quantum well. Until recently, this effect was seen as no more than an interesting occurrence that cannot be applied to practice – natural materials limited the research in this field, as scientists could not yet modify the material's properties. One of the possible solutions to this problem is studying photons instead of electrons. A light wave's wavelength is about 500 nanometers. Structures of this size can be created using modern nanotechnology, which contributed to the rapid development of a new field at the confluence of optics and solid-state physics, which researches artificial materials such as photonic crystals and metamaterials. The properties of these materials can be adjusted so as to get the desired effects. Meanwhile, many concepts of quantum mechanics are adapted for photonics, including the hundred-year-old concept of bound states in continuous spectrum. In 2013, a research on experimental observation of such conditions was published: in a specially constructed photonic-crystal membrane, light could be held on the same trajectory for a very long time, being in an almost bound state.

In most structures examined, such conditions occur due to interference, when the amplitudes of two waves combine. If they travel in a common phase, the amplitude increases, if in opposition, the amplitudes diminish each other and the wave doesn’t propagate. This phenomenon is used in antireflection coatings on lenses, for instance,:the interference creates the effect of amplified reflection. The researcher's task is to create such a structure where two waves that take away the light will practically diminish each other.

What is this for? When light moves along a certain trajectory, it can pass it tens or even hundreds of times. Gradually, light emission escapes the structure - similar to the electron leaving the well. Yet, if interference occurs and light waves will travel in opposition, light does not escape the structure and stays on the desired trajectory, thus following it millions of times.

The researchers created a light conductor from anisotropic materials - a surface-supported waveguiding layer, and used the effect of total internal light reflection so as to prevent the light wave from escaping into the outside environment.

"Even in the simplest structures made from natural materials one can observe the occurrence of bound conditions in continuous specters, if he makes use of the light's vector nature. In such a model, light can freely escape from the waveguiding layer. Yet, at particular alignments of optical axes, a destructive interference occurs, which hinders the leak of the light wave, thus trapping the light in the waveguiding layer. By demonstrating the possibility of obtaining such conditions by means of anisotropic materials only, the Spanish team made an important breakthrough. This is another step forward that we can use for simplifying artificial structures that can trap light," commented Mikhail Rybin.

The research's results can improve the detection devices based on optical responses of compounds. Such responses are often hard to trace, as the probability of a single molecule interacting with light is very low. Also, one has to use powerful lasers for this purpose, so that at least several photons would interact with the desired molecule and a response could be registered, if the molecule really exists. By using the effect of bound conditions in a continuous specter, a single photon can pass the same trajectory millions of times, thus increasing the probability of detecting a molecule. There will also be no need to spend additional energy on amplifying the laser. What's more, recent research showed that the trapped photons can be used to amplify the effectiveness of laser action.

ITMO University also conducts research in the field of bound states in continuous specter. Recently, members of the Department of Nano-Photonics and Metamaterials published an article on this topic, as well.