Using nanoparticles for medical purposes is a promising method which remains sought-after for over 10 years. One of the most important breakthroughs in this field is optical heating of nanoparticles fixed on tumor cells. Using this method one can damage diseased cells with localized heating. To control the temperature without damaging living tissues researchers use golden particles. However, the current control methods are complicated and take lots of time. ITMO Master’s student Georgy Zograf tries to solve this problem using silicon nanoparticles. He became the first author of article devoted to the results of this study, which was published in Nano Letters. 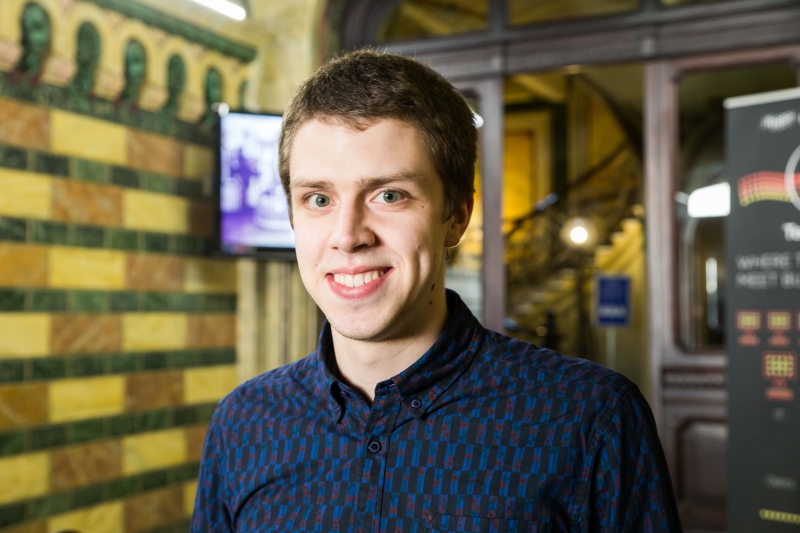 How to heat molecules and cells using nanoparticles

The technology of heating living cells using nanoparticles is not something new – one has been using it at least ten years. Heating processes are provided by laser emission in the infrared region, as these waves pass through biological tissues without affecting them. The emission enters a nanoparticle, which is made of gold or other biocompatible metal. Thanks to the peculiarities of gold, which absorbs IR radiation very well, light energy turns into heat energy. However, if one puts a gold particle nearby the cell, this cell will be damaged by localized temperature raising.

The researchers started using this method because it allows “burning” cancer cells without damaging other systems of the organism. To make nanoparticles affect certain cells and stop them from randomly moving, which can damage the immune system, one covers them with the special matter. Cellular receptors detect the matter, which help nanoparticles join the surface of cells.

However, there is the following problem: despite the fact that methods of heating metal nanoparticles inside living tissues are well studied, one hasn’t investigated the techniques of localized temperature change (nanothermometry) enough so as to use it in medicine – these methods had been studied under laboratory conditions that are not appropriate for living organisms. For instance, some methods required vacuum, others included many stages or needed bio incompatible materials. Silicon helped researchers solve this problem.

Georgy Zograf, ITMO Master’s student conducted a fundamental research, which proved that one can heat silicon nanoparticles and detect their temperature. The researcher made an experiment to show this.

“Silicon is a semiconductor, whose optical peculiarities in visible and IR range resemble a dielectric – this means that in comparison with metals it has negligible losses. The process of silicon heating looks like the process of microwave heating: water or another dielectric heats up when absorbing electromagnetic waves in certain frequency band. We used the same principle when dealing with a nanoscale.  It turned out that silicon nanoparticles absorb IR radiation intensively thanks to the peculiarities of their resonances,” said Georgy Zograf.

Why is heating of silicon nanoparticles better than heating of golden parts? The optical response (Raman scattering) of silicon depends on the temperature of the environment. Under the influence of heating a particle changes its optical response, which allows detecting temperature locally. It means that the nanoparticle can serve as a heater and an element, which assists in temperature measuring. One can put it into a living tissue so as to irradiate a tumor with heat and at the same time control temperature change.

“It was impossible to receive a temperature sensitive signal from Raman scattering using golden particles. It is known that silicon has an optical signal, which changes under the influence of temperature. However, nobody managed to use silicon nanoparticles as heaters and nanothermometers at the same time,” added Georgy Zograf.

According to Mr. Zograf, one cannot be a scientist from time to time. Science is about constant involvement in a particular task. Even a small experiment can capture one’s attention during the whole day. Researchers also have to gain new knowledge from related fields, as most important discoveries come from interdisciplinary research.

“When I did my last year at a Bachelor program at St. Petersburg Polytechnic University, Andrey Bogdanov and Mikhail Petrov, researchers of ITMO’s Department of Nano-Photonics and Metamaterials, were my teachers. Thanks to them l learned a lot – for instance, they showed how to apply theory to practice. Now when I study at ITMO, I realize that its specialists don’t limit themselves with a formal approach to research and education. I always can address my supervisor Sergei Makarov to clarify something. He pays attention to my questions and recommends necessary manuals. I like that the results of my theoretic work are immediately checked by bioengineers, chemists and other ITMO’s specialists – it is a wonderful motivation!” says Mr.  Zograf.

According to the researcher, before coming to ITMO he planned to deal with both fundamental and practical studies. However, when he started working on physical processes’ modeling he decided to spend all his time on this activity. Now he plans to study several experimental methodologies and then receive a PhD degree by joining a double degree program, which gives an opportunity to obtain the experience of international colleagues.

“I don’t know for sure whether I am ready to devote myself to science, but now I enjoy scientific work. I have enough time for both science and my private life. I also appreciate that my field includes interesting practice-oriented tasks,” mentioned the researcher.