Physicists Discover Way to Control Transitions Between States of Matter

An international team of physicists has managed for the first time to experimentally observe a transition between two different states of matter: a propagating polariton-soliton and a Bose-Einstein condensate. Furthermore, the researchers developed a theoretical model to explain such transitions and found a way to “switch” between the different states by changing the laser pumping power in the polariton formation process. The results are published in Physical Review Letters. 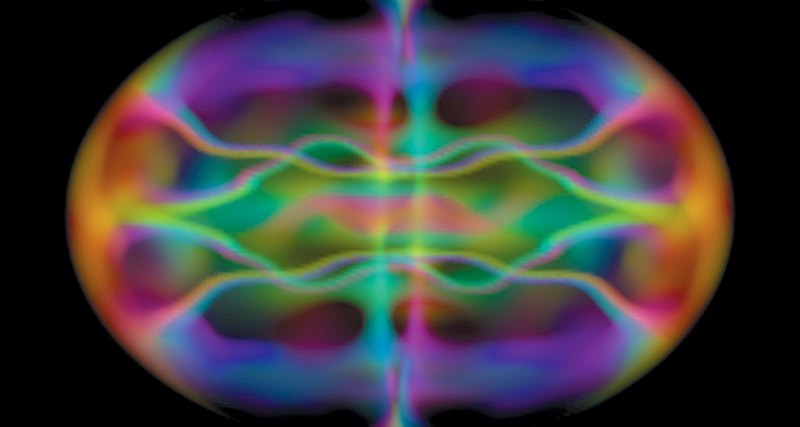 Nonlinear systems are extensively studied in a wide range of physical systems, notably in photonics. In such systems, interactions between particles lead to a whole range of novel effects such as nonlinear transitions between different basic states of matter including polaritons, solitons and Bose-Einstein condensates.

“Polaritons are quasiparticles formed due to the hybridization of matter and light. Once they are supplied with additional energy and densities, they form collective excitations, solitons. A soliton has an ability to propagate in space while preserving its shape. In other words, despite being a collective state consisting of many particles, a soliton behaves like a single particle. At the same time, a Bose-Einstein condensate is a quantum state of matter where all particles, in our case polaritons, populate the ground state of the system with minimal energy. Usually, the ground state is extended through the entire area of the system under study. The soliton and Bose-Einstein condensate are two widely different regimes, and we managed to observe the transition between them,” explains Ivan Shelykh, head of the International Laboratory of Photoprocesses in Mesoscopic Systems at ITMO University in St Petersburg.

The group, which included Professor Maurice Skolnick, Dr. Dmitry Krizhanovskii and Dr. Maksym Sich from the University of Sheffield, obtained the experimental data, while the theoretical group, led by Ivan Shelykh, developed a theoretical model for quantitative description of the experiment.

“First we had to create polaritons,” says Maurice Skolnick. “This required a fabrication of initial semiconductor structures with precisely defined features. Next, we shone a laser on the structure at temperatures as low as 4 degrees Kelvin, creating polaritons and then detecting the light that they emit.”

The researchers observed that an increase in the laser pumping power triggered nonlinear effects in the system.

“By increasing the laser strength, we create more and more particles, which begin to interact with each other. Therefore, the whole system goes into a nonlinear regime. Separate polaritons form solitons, which then transition into a Bose-Einstein condensate. Although it was clear we had obtained some interesting results, without a good theory we would have never understood what they actually meant,” Skolnick continues.

The theoretical model explaining the experimental data was developed by Ivan Shelykh’s group. This collaborative research project was carried out under a grant of the Ministry of Education and Science of the Russian Federation on the study of hybrid light states.

“The ‘megagrant’ gave us the ability to initiate a productive collaboration with leading experimental scientists from Sheffield. During a year of our collaborative work we published two major papers that combined experimental and theoretical science,” Shelykh notes.

“As of now, this study has a mainly fundamental significance, as we have described a completely new aspect of physics. Yet once we produce miniature devices, it will be possible to use nonlinear transitions between different states of matter for telecommunications or, for example, for the creation of new lasers.”