The IEEE Photonics Society has announced the results of its annual Graduate Student Fellowship Award, and for the first time ever two ITMO University scientists made the list. Among the 2018 recipients of this prestigious prize commemorating high-achieving PhD students for their research are Tel Aviv University PhD student Dmitry Filonov and ITMO University PhD student Alena Schelokova, both Associates of the ITMO International Research and Educational Center for Nanophotonics and Metamaterials. 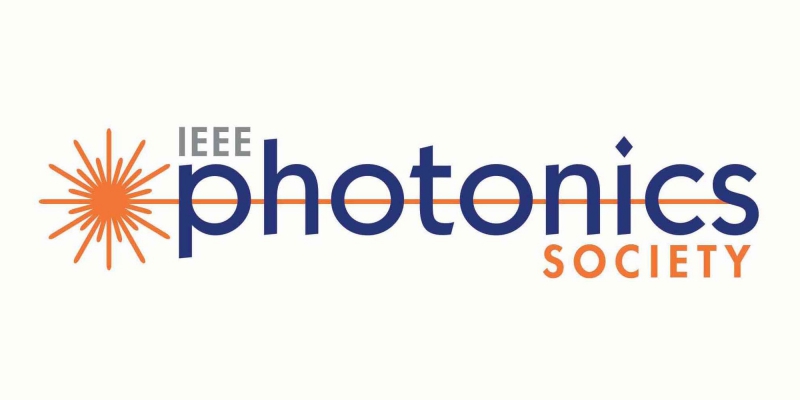 The IEEE Photonics Society is a high-profile organization consisting of more than 100,000 leading professionals from all over the world united in the Society’s goal of conducting research, developing, designing and manufacturing in the field of photonic materials, devices, and systems, as well as promoting all kinds of activities that could advance photonics research. The Photonics Society also works towards broadening and intensifying its members’ collaboration with other IEEE societies and scientific institutions by encouraging joint publications, sponsoring meetings, and facilitating other means of exchanging knowledge and expertise.

One of the Society’s main line of action is supporting young scientists that show outstanding scientific results and are active in conducting scientific research. With this in mind, the Society established the Graduate Student Fellowship Program, aimed at PhD students from all over the world. Each year, the Society awards 10 fellowships worth $1000 to promising PhD students from America, Europe, Africa and Middle East, and Asia-Pacific regions. The recipients are chosen based on their publications, research results, and active participation in Society’s conferences.

Among the winners of the 2018 IEEE Photonics Society Fellowships are two Associates of the ITMO International Research and Educational Center for Nanophotonics and Metamaterials, Tel Aviv University PhD student Dmitry Filonov and ITMO University PhD student Alena Schelokova. ITMO.NEWS met the winners to talk about their work, scientific achievements, and the future of their projects that were singled out by the IEEE Photonics Society grant.

IEEE Photonics Society supported the research I carry out as part of my thesis work at the International Research and Educational Center for Nanophotonics and Metamaterials. Most notably, I do research in the field of metasurfaces, two-dimensional composite structures with unique electromagnetic properties.

For example, I’m involved in a project aimed at integrating these metasurfaces into magnetic resonance tomographs (MRTs) in order to improve their characteristics so that doctors would be able to detect illnesses at an earlier stage.

My research group started doing work in using artificial electromagnetic structures for MRT purposes in 2011. This research area was introduced to ITMO University by my academic supervisors, Head of the International Laboratory of Applied Radioengineering Irina Melchakova and Dean of the Faculty of Physics and Engineering Pavel Belov, and I joined this research group in the first year of my PhD studies. Now we conduct our research jointly with our colleagues from the Almazov National Medical Research Center; we have already tested our research findings in clinical trials.

Our research has a lot of potential for practical use, and we’ve already patented some of our findings. We’ve also signed a licence agreement with MediWise (editor’s note: ITMO.NEWS covered these stories here and here).

I also work in developing new nanophotonic devices on the basis of topologically-insulated metasurfaces. This is an entirely new line of research which builds on the concepts of solid-state physics. We’re trying to come up with photonic analogs of topological insulators and explore unique properties of topologically-insulated states of electromagnetic waves, one example of which is loss-free radiation transfer that is not affected by dispersion or backward reflection. There’s been many articles highlighting the importance of this research area (editor’s note: you can read about this here and here).

One of my latest projects in this field was aimed at developing a fully dielectric topologically-insulated metasurface which supports specific edge states that can spread in set directions irrespective of their сurves and defects. This has very exciting practical implications for creating new kinds of optical fibers.

Topologically-insulated structures research was pioneered in ITMO University in 2013 by my colleague Alexander Poddubny’s innovative implementation of a monodimensional topological structure. In 2016, City University of New York Professor Alexander Khanikaev and ITMO University International Research and Educational Center for Nanophotonics and Metamaterials Associate Alexey Slobozhanyuk experimentally proved the implementability of two-dimensional topologically-insulated structures created on the basis of metal elements. A year after that, my colleagues and I proposed a dielectric topological metasurface. A distinct advantage of the latter is that it can be used in an optical frequency band, which wasn’t possible with the previous design because of high-level ohmic losses in metals in visible areas.

Currently, all research in the field of topologically-insulated optical structures mainly focuses on unique properties of these structures. But I’m certain that in a couple of years, electromagnetic topological insulators will be widely used for creating stable nanophotonic elements, including subwavelength waveguides and lasers.

Dmitry Filonov, PhD student at Tel Aviv University, Associate of the Faculty of Physics and Engineering

I applied for the IEEE Photonics Society program as a student of Tel Aviv University’s School of Electrical Engineering. In the end, the Society supported my thesis-oriented research of complex optical processes through prototyping into microwave frequency band.

My main motivation for this line of work stems from the complicatedness, high cost, and, in some cases, impossibility of production and characterization of parameters in question; all of these problems can be solved through the scaling of Maxwell’s equations. What’s more, doing this allows for better accessibility of experimental equipment.

I began working in this research field in 2012, when I was studying at ITMO University, and I still pursue it now. But I wouldn’t call it ‘research’, globally speaking. Rather, it is a method that can be used for conducting research in various fields that have to do with designing nanoantennae and elements of optical computers, helioenergetics, communication systems, and such. I work with a wide range of scientists from all over the world; for example, my long list of colleagues includes Pavel Ginzburg from Tel Aviv University, Professor Yuri Kivshar from Australian National University, Alexander Khanikaev from City University of New York, Pavel Belov from ITMO University, to name but a few.

Developing this research method has led to the creation and publishing of more than 16 original articles, 2 of which were featured in Nature Communications, plus there will be 8 new publications appearing next year.

Moreover, this research method has three practical applications. Above all else, this is the first experimental proof of a theoretically predicted physical phenomenon, and, consequently, its first immediate characterization. Secondly, as microwave experiments are significantly less expensive and time-consuming than optical experiments, this method can be applied for optimization of existing devices. Lastly, it can be used for educational purposes as it enables students to actually hold ‘nanosystems’ and see them in action.