An international group of scientists which includes an ITMO researcher has published in one of the world’s leading science journals a paper dedicated to the controlled change of the speed and spectrum of a light signal. In their work, the researchers summed up the data from past experiments and theoretical studies to pave the way for the creation of new devices for high-speed data transfer. The article was featured in Nature Photonics. 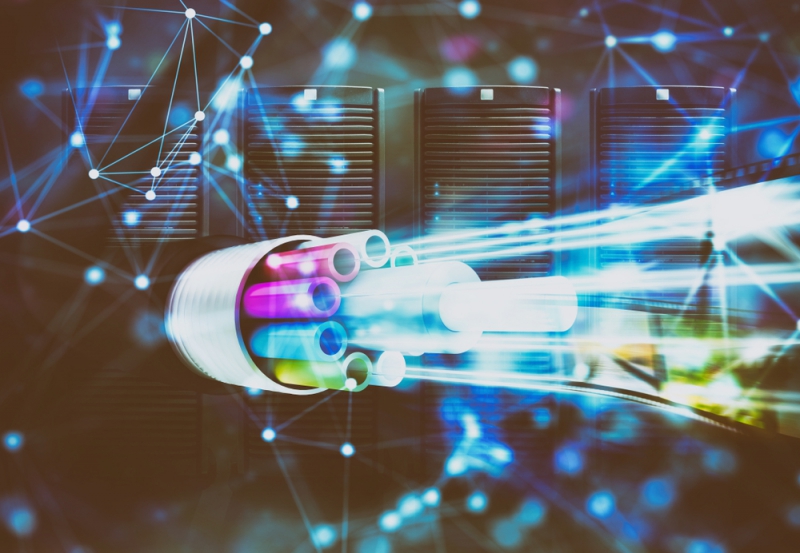 The problem of how to switch the light signal to another frequency channel or stop it for a while without converting it to electronic format has long occupied the minds of the scientists. Solving it will allow for the creation of fully optical routers enabling the increase in the data transfer speed.

To produce such cutting-edge, high-speed information transmission lines, scientists need to create more complex optical schemes in which a controlled change in the frequency of the optical signal, as well as its compression and deceleration, would be possible. The unsolved nature of these tasks hinders the development of the telecommunication industry.

Over the past few decades, scientists have come up with several theories and conducted a large number of experiments related to the control of light by means of dynamically changing the refractive index. An international team of scientists including an ITMO researcher Alexander Petrov and his colleagues from the Hamburg University of Technology, Menoufia University, Helmholtz Center in Geesthacht and Yokohama National University have recently published a joint review article on this topic. They summarized the experience of previous generations of researchers working in this field and also showed how a small perturbation in the refractive index moving along an optical waveguide can be used to effectively control light, including for its compression and stopping.

Experiments with wave frequency and length

Some time ago, the scientists succeeded in demonstrating that a light pulse entering a resonator with a changing refractive index can in fact change its own frequency, which essentially means changing its color. This effect is known as “direct transition”. For a more visual explanation of what this effect involves, Alexander Petrov makes a comparison of light with sound.

“Is it possible to change the frequency of already-excited oscillations so that the oscillation energy can smoothly transfer from one frequency to another? This question can be easily answered by those who have at least once tuned a guitar. If you touch the string and alter the tension of the string until the sound fully dies out, the frequency of oscillations will change. This is the so-called dynamic frequency change phenomenon. In this case, the oscillation wavelength determined by the string length remains constant. It can be shown that the same effect will occur in the case of a wave traveling along a string. If you change the tension of the string during movement, then the wave launched from point A at one frequency will arrive at point B at another frequency. Surprisingly, in this case the wavelength again will be unchanged. Similar effects can be observed in optics,” says the scientist.

Optical signals have also been found to be able to change their wavelengths. This happens whenever light passes through the boundary between two media: air and water, or water and glass. If the boundary between the two media moves, both the wavelength and the frequency can change when light passes through. In this case, the light makes the so-called indirect transition.

“In usual media, the speed of light energy propagation doesn’t depend on the frequency. In optical waveguides and special media, the situation can be much more complicated, with the propagation speed changing with frequency. Imagine that the signal should reflect from the moving boundary but due to the change in frequency and, accordingly, the speed, the light cannot move away from it,” explains Alexander Petrov.

How to stop or change light

Using this effect, it is possible, under certain conditions, to catch the light signal and save it for some time to then transmit it with a delay. You can also compress it to increase the data transfer speed.

“The passage of light through the boundary between the two media (i. e. through the front) under certain conditions can be used to completely stop the light. That is, having passed through the front, the light enters a state with a group velocity of zero. There is also an effect called “optical push broom”, as the front collects all light in its path and compresses it. Here, light can be compared to a surfer riding a wave. The surfers direct their speed so as not to lose the wave, and, continuously rolling down its slope, use the received energy to compensate for the force of friction against water. In the case of light, the correctly selected dispersion relation also allows the light to catch the wave and, moving on the slope of the front, receive energy. Since there is no friction of light, additional energy is used to increase frequency,” explains Alexander Petrov.

The scientists say that these effects offer a multitude of applications. First and foremost, these include increasing the speed of data transfer. This will become possible thanks to the creation of a fully optical router that would operate on the basis of this principle.

“Based on its current operation mechanism, a router reads the optical signal, converts it to the electronic one, and, later, re-converts it back to the optical signal. It takes time and requires additional energy. Optical router will omit that transition to electronic signals. You can immediately switch the optical signal to another channel. To do this, you can take a set of information, pass it through such a front inside a waveguide and jump to another frequency. This will not only increase speed but also reduce energy costs, which is important for data centers and supercomputers,” comments Alexander Petrov.

“The interaction of light with the front of the refractive index still holds many interesting problems. We recently implemented an ‘optical push broom’ in a silicon waveguide. So far, we haven’t been able to measure the duration of the pulse collected by the front, but according to the spectral characteristics and based on our calculations, we expect that we’ve obtained light compression of about 100 times. In the future we also plan to bring about halting the light in the waveguide,” concludes Alexander Petrov.