Founder of ITMO Accelerator Resident GoRobo on Robotics and Entrepreneurship

In the course of two years, the GoRobo company has worked its way from a small hobby club to a network of robotics clubs for children, which brings together some 250 kids interested in programming and engineering. A resident of ITMO University’s business accelerator, the company is currently about to open its sixth venue. ITMO.NEWS talked to GoRobo’s head Eldar Ihlasov to find out how he decided to center his business around children’s hobby clubs, what challenges he faced, and why he didn’t give up. 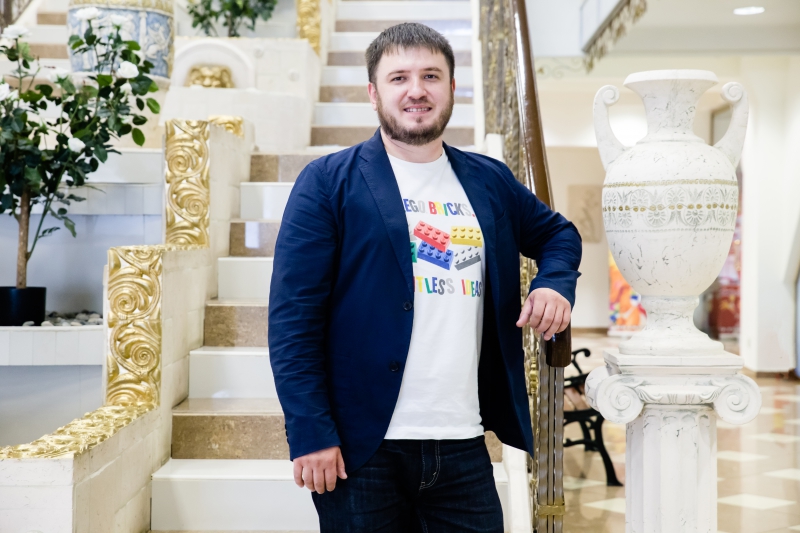 Eldar Ikhlasov met us in one of his clubs near the Udelnaya metro station wearing a T-shirt with a LEGO print. The spacious, bright room is equipped with laptops, toolboxes, and children’s robotics kits. A children’s 3D-printer, developed by his partner, ITMO University graduate Stanislav Pimenov, emits rhythmic sounds.

“To be honest, I’d never thought about opening such a club,” shares Eldar Ihlasov. “I received an engineer’s degree in Moscow and then worked as a manager. I only learned about robotics clubs for children when I moved to St. Petersburg and accompanied my son to the Anichkov Palace to pick hobby clubs for him. He was six years old and immediately got into robotics. Almost every kid would, I think. Already in his first year of studies, he participated in a robotics competition and won second place. At the competition, I made friends with his robotics teachers and asked them about the field. I took an online course in robotics by Sergey Philippov and decided to open my own robotics club.”

It all started very smoothly. Thanks to a good advertising strategy and a free month-long trial, Eldar managed to attract some 80 kids. However, it was not that simple. The trial period came to an end, and of those 80 kids, only ten remained.

“I didn’t know what to do next, how to pay rent and promote my business. What’s also important is that I did it all by myself: created courses, developed a marketing strategy. I would come home at midnight and barely spent any time with my family. It was New Year’s holidays, nobody cared about robotics, and I was just about ready to give up. What helped me carry on was my family and the belief that this was a promising field. Besides, that was when I learned about microcontrollers, which can be used in a whole range of projects, and decided to buy a 3D printer,” says Eldar Ihlasov.

This is how Eldar started collaborating with ITMO University graduate Stanislav Pimenov, who develops 3D printers for children.

“Stanislav had an office at ITMO University. I really liked it at ITMO from the very start – the atmosphere there was very similar to the one described in books about Apple or Google. I attended several open lectures at the university, and no one asked me about who I was and what I was doing there. I met with Stanislav and invited him to join my team,” continues Ihlasov.

In September, they opened one more hobby club together.

“Initially, I only wanted to open one more club. Back then, I didn’t know if we would become partners with Stanislav, so I was considering other options as well. But it all worked out just fine and we opened not one new club but two. We didn’t have enough money for that and had to take a loan. In December, we opened one more club, and it was our first failure: in six months, we attracted only ten kids, so we had to close it,” shares Eldar.

Despite this failure, the partners' clubs had drawn in more than 200 children and open two new platforms by the start of the new academic year.

A group of young techies

Eldar Ihlasov says that he really likes to teach children.

“The first lesson was the most stressful for me,” shares Eldar Ihlasov, “I was nervous. Kids came together with their parents and I had to make a good impression. But it all went very well. That’s when I realized that this was exactly what I wanted to do with my life”.

According to the founder of GoRobo, what makes his clubs different from other state and private robotics centers is their special atmosphere. This atmosphere is what brings new people to his clubs.

“We’re a group of young techies. For example, I really enjoyed sci-fi books and movies when I was a kid. I like the idea that you can construct the future, create it, and I’m happy to teach children the same thing. While other courses focus on getting kids ready to participate in various competitions, our program does the same while including more fun activities,” shares Eldar.

However, there are quite a lot of winners of robotics competitions among the clubs’ students.

“The happiest moment for me as a teacher is when my students achieve something. I accompany my kids to the competitions and I’m really proud to see their progress,” shares the entrepreneur.

Apart from robotics, football, and sumo, the clubs’ students also familiarize themselves with the basics of physics, learn to use a 3D printer, design the framework of a future robot, master programming, and develop their own robots.

GoRobo is now a resident of ITMO University Business Accelerator. Eldar says that he is very grateful to ITMO for helping with marketing, advertising and CEO development.

“ITMO Business Accelerator’s residents often take part in various exhibitions and educational events,” shares Eldar. “We have already taken part in the Innovation and Entrepreneurship Forums and a range of other events. The best part of such events is that they really broaden your horizons, as you can see people working on similar projects and facing similar challenges and also attract investors.”

The company is currently in the process of launching its sixth club. Eldar admits that with the current structure of the company, this is going to be the limit. Therefore, the partners are now thinking about franchising their business. The preparation process will take about a year.

“We understand how things work in this field, we have clubs in several districts of the city, and expertise in marketing,” he explains.

However, even if their franchise is going to be profitable, Eldar doesn’t want to abandon teaching. He says that he would like to spend at least one or two days a week in the classroom with children, talking with them about robotics and monitoring their progress.

“I would very much like one of our kids to become a scientist or engineer. I hope that someday I will visit a major tech company and meet my former students there,” concludes Eldar.