The company ATG Service Gene, a resident of ITMO University’s Technopark, was awarded two gold medals at the international exhibition of ideas, inventions and innovations iENA 2019 that recently concluded in the German city of Nuremberg. Recognized were two inventions by the St. Petersburg scientists – an innovative flu vaccine and a medication that can help in combating lung cancer. ITMO.NEWS spoke to the company’s Director for Science Ilya Dukhovlinov to find out more about the award-winning drugs. 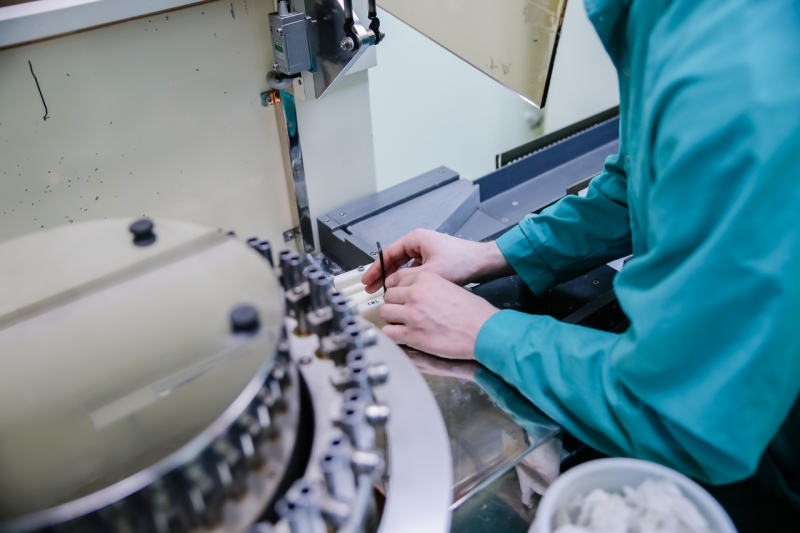 By tradition, closer to the end of the year the German city of Nuremberg becomes a place of attraction for inventors, engineers and investors from all over the world. They come to attend the International Trade Fair for Ideas, Inventions and New Products (iENA), which showcases the latest developments, concepts and finished products. The 2019 fair brought together some 800 project teams.

Among them was ATG Service Gene, St. Petersburg-based developers of new medication drugs. A resident of ITMO University’s Technopark initially specializing in the development of technology for gene coding of proteins responsible for therapeutic processes in the body, now the company works on a wide spectrum of drugs from painkillers to vaccines.

The Nuremberg exhibition is an impressive, momentous event: visitors aren’t even allowed to come in during its first three days, with all the interactions happening between invited professionals and members of the international jury. Innovations are subject to an extremely strict evaluation, conducted by specially trained experts in relevant fields. That’s why the jury’s appraisal and the awarded medals hold special weight in the professional community.

In Nuremberg, the St. Petersburg company introduced its innovative multivalent influenza vaccine and a monoclonal antibody, which can possibly be used to fight lung cancer. Both developments received very high praise at iENA 2019 and were awarded gold medals.

The flu vaccine that got the exhibition’s gold-medal approval can, in the future, lead to significant changes in flu prevention. According to the developers, it doesn’t cause any side effects.

“Our vaccine protects against the majority of known flu strains,” shares Ilya Dukhovlinov, Director for Science at ATG Service Gene. “What is also important is that it doesn’t require seasonal immunization as it doesn’t contain the virus pathogen itself and instead consists of proteins that accompany the virus. These proteins are taken from different flu strains and introduced into the patient’s body so that the immune system learns to identify the disease not by the virus itself, but by the proteins that cause a strong immune response. Thus, we get a safe and almost universal vaccine.”

If the development is brought onto the market, seasonal vaccinations can become a thing of the past, with flu shots becoming similar to other vaccinations against acute infectious diseases that a person will have to get either only once in their lifetime or once every few years to restore their immune response. The market is huge, because only in 2017 more than 60 million people in Russia were vaccinated against flu.

The second development that was recognized by the iENA 2019 experts is Syndecazumab, a monoclonal antibody designed to fight lung cancer. Monoclonal antibodies are generated by the immune cells descending from a single progenitor cell. Theoretically, they can be developed against almost any naturally occurring antigen, including proteins and polysaccharides. The antibody acts by binding them in a specific way, which will help in the fight against many diseases.

“Our monoclonal antibody clings, so to speak, to cancer cells, thanks to which it prevents their reproduction, putting an end to the opportunities for them to divide. As a result, they die out in the course of their life cycle without any fission, which prevents the spread of the disease,” explains Ilya Dukhovlinov.

Both drugs have patents and have already demonstrated promising results in preclinical tests. Right now ATG Service Gene is looking for an industrial partner to start clinical trials in humans in order to obtain efficiency and safety certificates.

This year, admits the staff of the company, has been especially lucky for ATG Service Gene – their drugs have received recognition at a variety of exhibitions in Russia, China, Cyprus, Germany.

For example, their multiple sclerosis drugs, a flu vaccine and a drug for stroke recovery have been praised at an exhibition in Sevastopol held in the fall of 2018, while the SmartBiz Expo 2018 exhibition held in Hong Kong in December 2018 brought them medals for their medication for tuberculosis and multiple sclerosis.

The Moscow forum of innovations and inventions Arhimed 2019 also yielded the company as many as three medals for their developments in the cartilage, muscle and nerve tissue regeneration. Their medications for people suffering from cartilage tissue problems have also been recognized at the exhibitions in the US and Cyprus. As noted by the company representatives, this invention knows no analogs: the active component is delivered to the cartilage in a targeted way and acts only in the area of the cartilage tissue. This operating principle ensures maximum efficiency and minimal side effects. That is, the drug doesn’t spread throughout the body but only works in the cartilage area.

Finally, the company’s painkiller drug based on a gene encoding endorphin elements has been recognized at the exhibition in Geneva, where it received the gold medal and the prize for the best development from the forum’s partner, Saudi Arabia. The drug increases the body’s ability to produce endorphin, which is, among other things, responsible for blocking pain, and thus helps to stop all types of pain manifestations.