In the past year, ITMO University has redefined its approach to acceleration programs for hi-tech startups. A pre-acceleration program was launched with the goal of assisting scientists and tech enthusiasts who have ideas but are far from implementing them in practice or creating an actual product. Nevertheless, three projects have already gone the distance from ideas to full-on contracts with investors, raising over five million rubles in total. ITMO.NEWS got in touch with Alexey Solomatin, the head of the ITMO Accelerator, to find out what he thought of the past year, which achievements of these 12 months he considers the most important, and what he’s got in plans for the future. 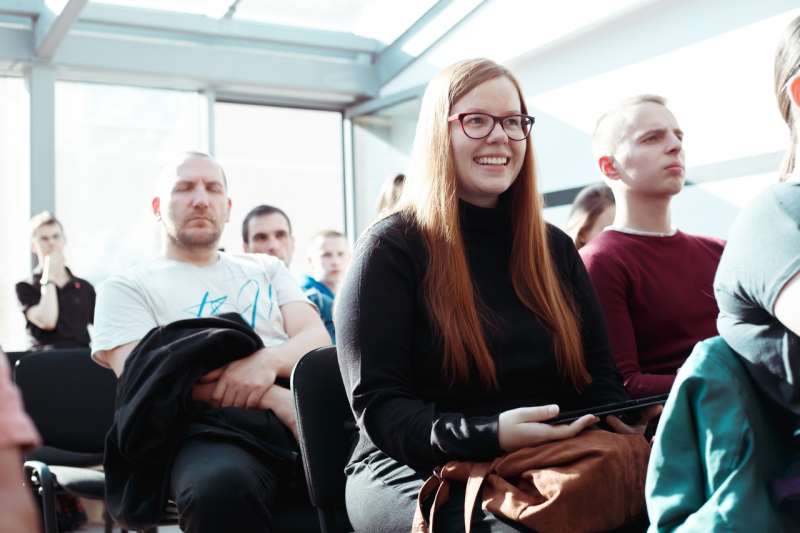 In 2019, ITMO University adopted a wholly new approach to startup acceleration. New programs were introduced – including the pre-acceleration program, which differs from others not only in name, but in its core principles. Project head Alexey Solomatin has shared with us his thoughts on the Pre-Accelerator’s key results for 2019:

Since ITMO University has begun working with projects at the idea stage and not the prototype stage, the amount of teams involved with the program has grown much bigger. And though not all of the projects have gotten even halfway through to entering the market, there is still a larger number of fledgling entrepreneurs with the potential to succeed.

“Pre-acceleration is a new format that works with projects based on nothing but ideas. I know almost no venues in St. Petersburg and Moscow that would do that,” says Solomatin. “Everybody wants ready-made, mature projects that have at least gone into the MVP stage. With pre-acceleration, we’ve got a few more innovations that allow us to work on numerous projects simultaneously. For comparison, since the ITMO Accelerator launched in 2015, it helped develop more than 60 projects, 20 of which were quite successful. Just this year, we’ve taken on 50 projects. 42 are still in action, and only eight fell through for various reasons.”

The Pre-Accelerator has introduced several new work formats: an online program comprised of 23 themed sections and home assignments, and an offline program that includes biweekly workshops classes. These workshops, says Solomatin, receive some 80 to 120 attendees.

“We also conduct general traction meetings where the participants discuss what they’ve achieved and exchange ideas, advice, and constructive criticism,” says Solomatin. “In addition, every project’s status is displayed in real-time within a special system that we call the pre-accelerator dashboard. Every week, the projects are reevaluated and awarded points – this lets us keep an eye on how well they are developing.”

Result 3: Over 5 million rubles in funding

Many of the projects that were established during the program’s first wave don’t have actual prototypes of their product yet. This is an issue when looking for investments, as investors prefer to fund something they can, at the very least, touch; something that may appear on the market in the near future. Nevertheless, some of our projects have already raised funds for themselves.

“It’s a rare thing for investors to chip in at such an early stage, as it’s a huge risk,” notes Solomatin. “But we’ve got projects that investors are keeping an eye on because they see the potential in them. Three projects have gotten funding: one won a grant from the joint ITMO-Gazprom program, and two projects received investments from the Foundation for Assistance to Small Innovative Enterprises. All in all, the three projects raised some five million and 75 thousand rubles. The first project, ScanFace, revolves around instant psychodiagnostics, profiling, and trait assessment based on facial biometrics using computer vision. The other, RealGO, is about a motion controller for virtual reality. And the third, FewStacks, allows its clients to store their product in unused warehouse spaces at a low price.”

In the next year, Solomatin estimates, another seven or eight projects currently under development at the Pre-Accelerator will secure funding. The best 25-30 projects will be showcased in February 2020 at the program’s summary session.

Another of the program’s successes is the involvement of almost a dozen successful entrepreneurs from various industries in the coordination process. The mentors, or “trackers”, help the fledgling startups set realistic goals and estimate the time and approach needed to achieve them.

“This year, we worked with the ITMO Highpark staff to create a dreamteam of business mentors. We call them “trackers”. Their task is to work with the projects one-on-one and help them produce results. All of our participants are satisfied and express their gratitude to the mentors. They are people with a lot of experience in running their own businesses, and they are able to effectively share their knowledge and experience with the projects, which is very important when working with startups,” explains Solomatin.

“Something I should also mention is that this year our staff was expanded with several new important members. Among them are Irina Lvova, my deputy, and Natalia Lebedeva, who is responsible for marketing and PR. They possess a unique array of skills and knowledge that allow the ITMO Accelerator to go further and faster,” he continues.

Nevertheless, points out the staff of the program, these are but the preliminary results. The key conclusions will be drawn in the summer of 2020, which is also when the team will make any necessary adjustments to the program, introduce new working formats, new courses, and plan events.

It is already clear, however, that the Accelerator will take in not only newcomers, but also those bringing projects that are ready for the market. Special new programs will be implemented for startups are just beginning their sales, marketing, and branding efforts.

“It’s very likely that such a program will be implemented in partnership with a major Russian telecommunications company, with which we’re currently conducting negotiations,” tells us Solomatin. “We’ve also begun to accept applications for the TurboTech program. This is a unique initiative we’ve developed with the South-Eastern Finland University of Applied Sciences (XAMK) to help commercialize technologies developed by ITMO University staff. The approach we’ve developed allows the staff to continue their research while also turning their fundings into a product. This task will be undertaken by a specially-formed international team of business experts.”

A group of private investors has already confirmed their participation in the project, and is willing to provide up to 20 million rubles to the best projects. The Accelerator’s staff have high hopes for this initiative and expect it to raise additional funding for ITMO University in the near future.