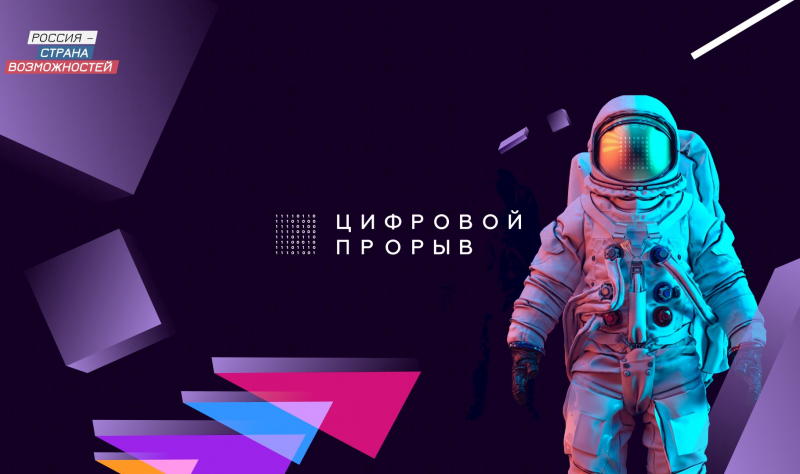 The 36-hours-long online hackathon Digital Breakthrough took place on June 19-21. Its participants were presented with five cases: a software product with support for email addresses and domain names written in the Cyrillic script; a corporate portal with a built-in polling feature; VK Mini Apps services; a foodsharing chat bot; and an intelligent system for quality assessment of educational programs. In each category, three winners were to be chosen who would receive prizes of 150, 100, and 50 thousand rubles depending on their place.

Dmitry Puzyrev, an ITMO student and the founder of the touch-typing learning service Typing School, spoke to ITMO.NEWS about his time at the hackathon, his team, and the origins of their app Еда даром (Yeda Darom, “Food for Free” – Ed.), with which the team of ITMO students had earned first place in their nomination.

The team and the first hackathon

What prompted you to take part in the competition?

I’ve never had a similar experience and wanted to give it a try. Besides, everyone on our team took a fancy to the VK case, which came with a lot of freedom in terms of the topic and the technology. Its main task was to create a service that benefits users or businesses.

Who else is on your team?

My classmate Andrey Velts and Aleksandr Shcheblykin, a designer from Moscow who is working with us on Typing School.

What were everyone’s roles on the team?

I was responsible for management and presentation since I’ve gotten pretty good at it when I studied at the ITMO Accelerator. Andrey was our full stack developer, and Aleksandr developed the app’s UX/UI.

Is Typing School the project you’ve brought to the Accelerator?

It is. Typing School is an educational service that helps users learn to touch-type. We placed second at the Pre-Accelerator and received a grant from Gazprom Neft. Right now we’ve got an MVP and are making our first sales. Next up, we plan to launch a full-fledged service and scale up. We’ll be finishing up throughout summer.

At the hackathon, you were the project’s product manager. Where did you gain those skills?

At the Accelerator. It’s what I’ve learned in my time developing Typing School. But I am 100% confident that our victory at the hackathon was brought about not by my managerial skills but the team’s cohesion and how amicably and orderly we worked together. In both projects, I’ve been lucky to meet the right people. We have an easy time together and sometimes, work calls smoothly transition into friendly conversations, which only brings us together.

The app that feeds you

Tell us a bit more about the app you developed for the hackathon. Why foodsharing of all topics?

We really wanted to make an app, but we were also drawn to the idea from another case at the hackathon, which was about a chatbot for a foodsharing organization. So we decided to combine the two.

How does the app work?

The users log onto the app to share food. When they post a notice, other users nearby receive a notification. We set it up to function quickly and show users only recent and relevant offers.

This is actually one of the key issues: when you’re dealing with food, everything must be done quickly, while posts in some communities may stay around for weeks. We automatically sort posts by date and geographic proximity to each user. We also have a rating and review system in place to encourage active users and block those who break the rules.

What is it that makes the app unique?

It’s simple: the idea is to make food exchange with your neighbors simple. Right now, these activities take place in special communities where users can publish posts and contact each other via the comment section or DMs. There are a number of issues with that system: posts may be delayed, users have to sort through them and write to strangers even though they might already be late to the party, and it’s difficult to monitor rule-breakers. Our app provides speed, automation, and a profile system. This is an app focused on a specific activity, not a chaotic community.

Will you continue its development now that the hackathon is over?

Naturally, we want to keep working on it. We understand that it’s a valuable service and so did the experts. Honestly, the only issue is time. We’re all students and Typing School also takes up a lot of my time; I also work part-time at an IT company.

It just so happens that before foodsharing, I only worked with online education. But now I’ve had the chance to explore another market and try my hand at it. I took it because most of the time, people who had their start in one field will stay in it even while developing new products of other kinds. I share my own thoughts on entrepreneurship and discuss my experience in my Telegram channel.

What were your impressions of the competition?

It was great. In 36 hours, we pretty much made a working prototype from scratch. Of course, there’s a lot of stress and we’re dead tired, but when you see the result, you know it wasn’t for nothing.