ITMO Technopark resident Orbi became a participant of the MTS Startup Hub program for companies that work with 5G technologies. The telecommunication giant got interested in two inventions by the St. Petersburg startup: shades with a 360-degree camera and a sports helmet that has a similar camera for shooting panoramic videos. Orbi’s team member told ITMO.NEWS when users will get the opportunity to stream 360-degree videos and why they need 5G to do that. 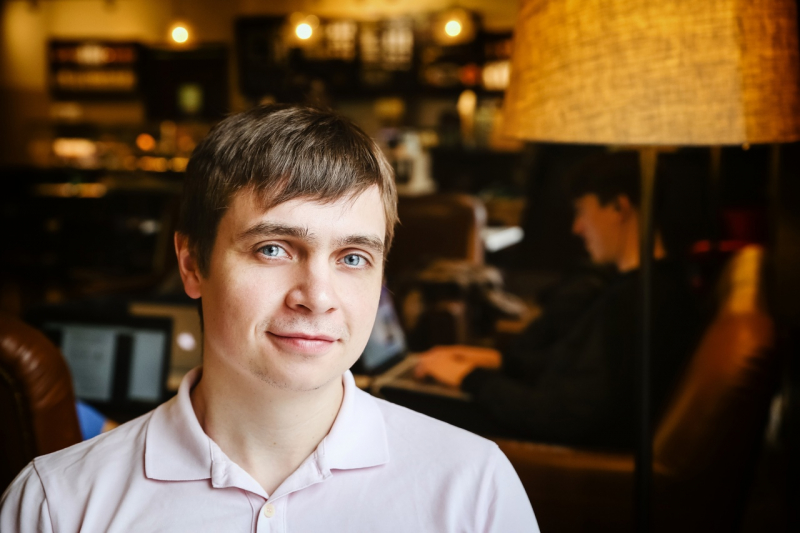 You became a participant of 5G MTS StartUp Hub. What’s this program about, and how did your company get in?

This is a business incubator program by MTS aimed at potential partners who focus on 5G-related technologies. Various projects get invited there, not just startups but also full-fledged companies. Its main goal is to look for projects that can be used by the corporation itself or that the company can collaborate with to create joint services for its clients.

Your company has several products.  Which piqued the interest of MTS?

It was our devices for filming 360-degree videos. We offer two such products. The first are shades with a panoramic camera that can shoot 360-degree videos from a first-person view. And we’ve recently augmented it with an opportunity to stream videos.

Another product is also a 360-degree camera, but aimed at the more professional uses, namely filming sport videos. It is a helmet with an integrated camera. We began with a helmet for american football, but in Russia and for MTS in particular, a hockey helmet is a lot more relevant, as hockey is among the most popular sports here. An opportunity to film from a first-person view, right from the field, is a unique feature that we offer.

How can this helmet be used?

It's a helmet for a player who's on ice. They can wear it and thanks to the camera, we will be able to record from the first-person view. There are similar technologies in use, but they are just helmets with cameras mounted on them, rather than embedded. This is uncomfortable and unsafe for the player, so only referees wear them. We offer a solution where the camera is embedded into the helmet. There are no parts sticking out of it, the additional weight is minimal, so it works for players as well.

And the video will be panoramic, 360-degree?

Yes, full coverage. But the unique feature of our solution is that the camera can control the angle and stabilize it. So the helmet can be on a player’s head that constantly moves, but the director can choose any angle and stick to it despite the player’s movements. The video will be from a first person view and quite stable. As far as we know, there are no other such solutions at this point.

We have a demo version. We took special vests with tactile feedback by bHaptics, and used our helmets to film a game of american football. Then we uploaded the recording into a VR headset, and the vest gave tactile feedback to the viewer when the player collided with someone. This is only a demo, but it illustrates the possible uses of our technology.

At which stage are you products?

Shades are being mass-produced – you can order them on our website. We also plan to start selling them on Amazon.

As for the helmets, they are currently a prototype. But they are our groundwork for the future. For now, we can only record videos. but can’t transmit it in real-time mode, as we are yet to add a 5G module. This part of our project was interrupted by the pandemic. We needed a laboratory for tests, but couldn’t find the one that suited our needs. And now, we got the chance to work at the lab of MTS.

What will that give you?

DIfferent things for different products. The shades already have the 360-degree video streaming feature, but in order for this to work OK, we need to transfer this data via a 5G network. Otherwise there is not enough capacity, even with 4G.

At the MTS lab, we’ll be able to finalize the whole mechanism of streaming via 5G. We’ll be able to measure the network’s parameters and monitor all of them, which you can’t do at just any 5G testing spot.

Then, we plan to collaborate with MTS on a user case and designa pilot version. We plan to test our technology this summer at some public event: race, concert or festival. The pandemic is on the decline, and we hope that we’ll get a chance. We’ll be providing the software, and MTS will process the data with their cloud services.

And what about the helmet?

This will be a longer process.We don’t think we'll manage to work a specific case through these months. But at the least, we might be lucky enough to finalize the integration of a 5G module, make sure that it works. This is what we need a lab with specialized equipment for.

In the future, our goal is to partner with MTS to broadcast sports events, as it is only possible to stream our videos only at sites with 5G in a millimeter wave band. And only MTS has this technology in Russia.

How long is 5G MTS StartUp Hub designed for?

It’s not that long and will end in June. By that time, we have to finalize all we have and even test some things.

Do you compete with other participants?

There’s no official competition. Everyone got very different projects. There are several stages when they assess the teams’ success, and that’s done individually for every specific startup.

If everything goes well, our participation in the program is supposed to result in some joint project with MTS. In case of the shades, this can be a service that allows to stream videos from a first person view. For, say, subscription.

For MTS, this can be a successful demonstration of the new possibilities of 5G, as common users still don’t really get why they might need it. And our product can become the very thing that will uncover 5G’s potential to the wide audience.