Statanly Technologies is a company specializing in machine learning algorithms and AI solutions for businesses. In this interview with ITMO.NEWS, the company’s CEO Sergey Fedorov shares his experiences of launching the company, bringing its first product to the market, switching to a new format, as well as discusses new developments and collaboration with Russian and European accelerators. 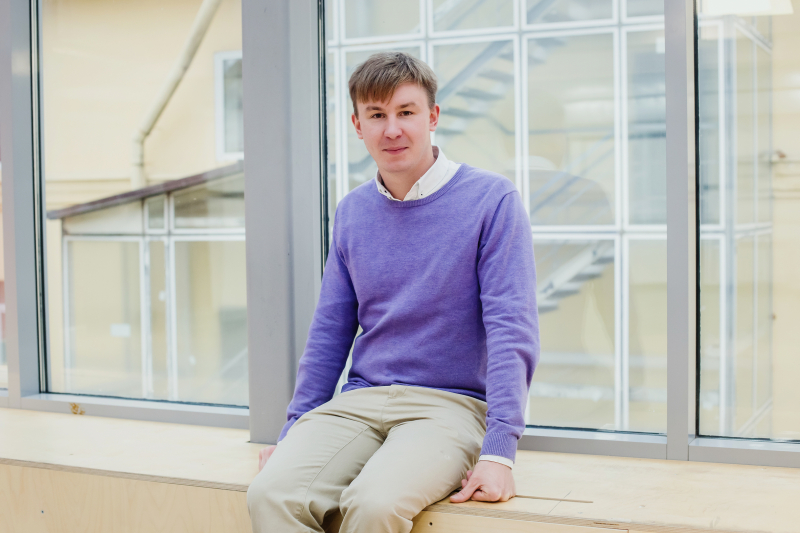 From idea to startup

How did Statanly Technologies come to be?

There were two things that prompted it. First, the establishment of a laboratory specializing in machine learning at ITMO University, and second, my idea to develop software with the option of automated machine learning, which would allow any company to create neural networks and other smart models without inviting specialists. In 2017, I started developing this concept into a full-fledged product together with the staff of ITMO University’s laboratory, and we even decided to participate in ITMO’s Future Technologies Accelerator. This is how Statanly Technologies was created. However, our initial plan didn’t work out.

The thing is that the Accelerator aims to help people engaged in technological development understand how business is done. When we grasped the basics of how it all worked, we realized that our idea was far too complex and, thus, it was hard to bring it to the market. And what’s the point of launching a startup if it’s not going to bring any money? So we dropped that idea and took some time doing something completely different.

As far as I know, you started developing solutions in the field of machine learning for businesses. Is that what your company focuses on now?

Yes, it is. After the laboratory emerged, it gradually became popular among the representatives of the business community, including both Russian and international companies interested in the services that use machine learning technologies. Among these companies were a lot of pretty big ones, such as Gazprom Neft, Yandex, Mail.ru Group, Insilico Medicine, Sberbank, VK, and so on. So we could immediately see the demand, and this is why we established the company.

Smart book cover design and accelerators in Russia and abroad

Are you now working on any products of your own?

Yes, we’re currently working on several products, one of which is Deflamel Design. This project started with a regular order at Statanly Technologies. We were contacted by an Estonian publishing house that designs book covers. This is a rather complicated and lengthy process, as to make a good cover, a designer needs to read the book first, analyze it, highlight key points, and make dozens of sketches that would somehow illustrate the plot and at the same time would be visually attractive. The publisher wanted us to come up with some kind of algorithm that would facilitate this process.

How come this order turned into an independent project?

Over the course of six months, we worked with this publishing house, and since the concept that we came up with turned out to be rather promising, we decided to develop it further. Our product can be used to generate all kinds of visual content for books, magazines, articles and personal blogs. Initially, we started working on the project with employees of that Estonian publishing house because they were well versed in the development of a startup and understood how the European market worked. As this is a rather expensive service, from the very start we focused more on Western customers. We wanted to get into an American accelerator, but it didn’t work out, so we switched to European ones and eventually joined the Rockstart Accelerator.

What does being part of the Accelerator give you?

Working on such a project, particularly in the field of machine learning, requires a lot of investment. Being part of Rockstart gives us an opportunity to receive financial support and save some money by using the services they provide. We can thus pay for our education and hire frontend developers. This February, we’re having a demo-day, during which we’ll present the final version of our project to investors.

But this is not the only accelerator you have participated in, is it?

No, it is not. Apart from that, we have also participated in ITMO’s Future Technologies accelerator and the Generation S accelerator in Moscow. Besides, I have recently presented our project at Helsinki Center, which resulted in us being invited to an accelerator in Helsinki, but we had to refuse, as part of our team is in the Netherlands right now and we still have to keep Statanly Technologies going.

In your opinion, in what way are accelerators abroad different from those in Russia?

I think that the main difference is that in Russia, accelerators don’t offer any “get-started” investments. The only way a startup can earn money is to attract an investor’s attention. As for the accelerator in the Netherlands, they take a more realistic approach and offer intermediate financing. The thing is that to present a good product that would be appealing to investors, a lot of work needs to be done first, which means a lot of time and money as well.

Do you now focus mostly on Deflamel Design?

No, this project does take quite a lot of my time right now, but not so much as Statanly Technologies. I have recently thought about what it would be like if I worked as a technical director at some major company instead of launching my own business. I even think that I would earn more and my income would be more stable. The world of business is full of risks and we are not insured against a situation in which we cannot find a client and waste all our money, but it only makes it more interesting. What I like the most about it is that there is always room for improvement. And, what is also important, we’re always interested in attracting new people to our team, which means that ITMO University students are more than welcome.