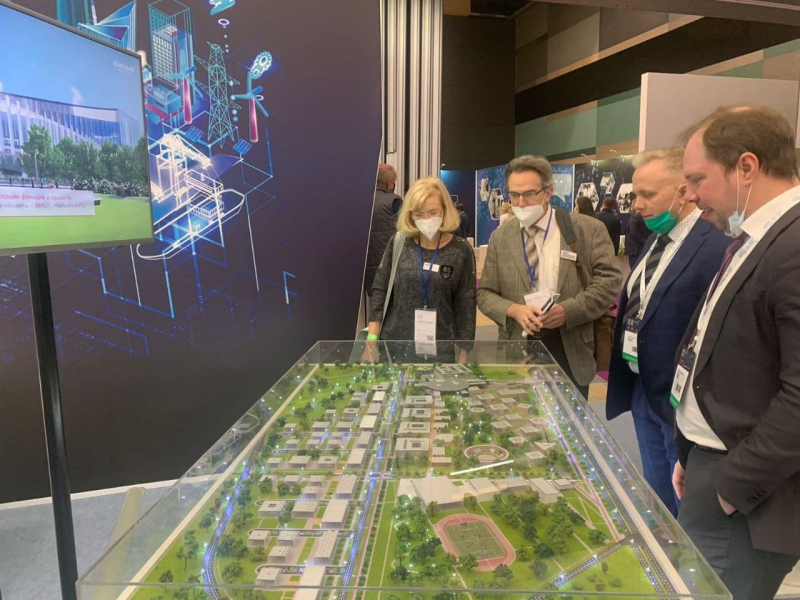 As explained by Mikhail Mastin, an advanced module-based data processing center is an essential response to the rapidly growing big data market. Due to its unique concept, the center can be constructed in several stages with planned gradual power updates. Its maximum capacity will be eight turbine halls with a total of 1,248 server racks (or 156 racks per hall). All in all, the value of investments in the project will be around 2 billion rubles (about $28,210,000).

Upon reporting on the current status of ITMO Highpark, Mikhail Mastin noted that it is planned to organize a tender to select a constructor for the main building by the end of this year.

ITMO Highpark is a world-class science, education, and innovation center created under the aegis of ITMO University and located on the territory of the satellite city Yuzhny in St. Petersburg's Pushkinsky District. Its scientific and educational area of focus is applied research and development in the following fields: intelligent technologies and cyber-physical systems, photonics and quantum technologies, and biochemical technologies.

Earlier on, ITMO Highpark was reported to welcome the first industrial symbiosis center in Russia. Specialists of the center will develop eco-friendly agrarian solutions that would organically fit into a modern metropolis.