Programming Without Programming: How to Build Your Own Bot

How to build messenger bots if you don’t have any programming skills? What services and platforms can help, and what functionality they offer? These and other questions were answered at a workshop by Artem Kopylov, lead programmer at St. Petersburg Information and Analytical Center. Operating under the remit of the City Committee on IT and Communication, the Center conducts the development of the city’s official websites and solutions for the public sector, among others helping with decreasing the system load by introducing query processing algorithms and bots. The event was held as part of ITMO.Digital.CareerWeek'20, an online marathon by ITMO University’s Career Center. ITMO.NEWS wrote down the key points. 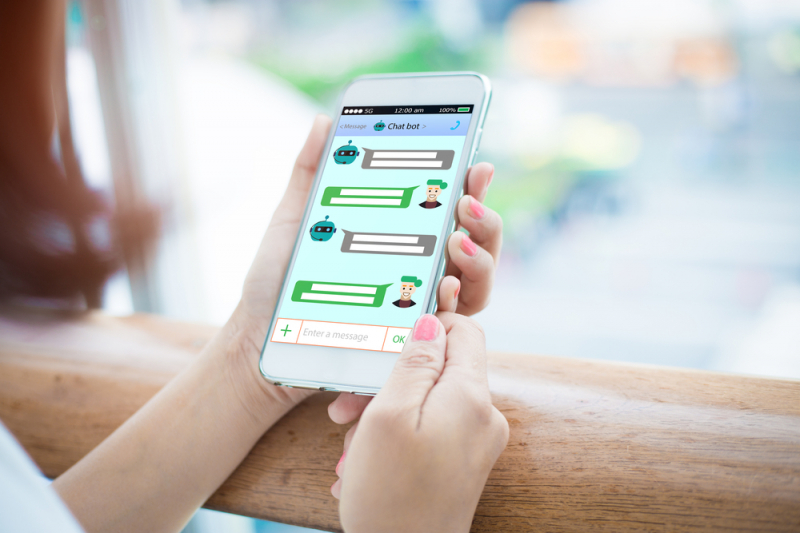 What you need chatbots for

Most often, chatbots are used both in business and the public sector for lessening the customer service load. For example, one callbot helps reduce the staff of a call center from 100 to a dozen; likewise, one website chatbot can make the work of an online shop significantly easier. Usually, a bot serves as an entry contact point for a client, determining their queries and needs and then transferring them to a human consultant.

In messengers and social media, chatbots can fully replace the interaction with a sales assistant, allowing users to settle all their questions, make a payment, order a delivery and more right then and there. This not only eases the entire process of making a purchase, but also contributes to increased client loyalty.

The most advanced bots become fully fledged virtual assistants, such as Yandex’s Alisa and Amazon’s Alexa.

Bots have become such a popular tool that today, it’s hard to envisage a modern service or online shop without them. What’s more, the process of creating a bot has now been so simplified that you don’t need any, even superficial, knowledge of programming or administration. The market abounds in simple and straightforward builders thanks to which anyone can develop a bot that meets their needs.

For example, a St. Petersburg company Just Ai, which deals in the development of business solutions on the basis of artificial intelligence, launched its own builder – Aimylogic. It allows you to create not on text-based chatbots but also callbots that can be embedded into any platform: an online shop, a landing page, a telegram channel and others. It can also be integrated into large-scale business systems such as Bitrix24, LiveTex, and Webim.

The chatbot builder also includes a wide range of ready-made templates and scripts, for example processing loan applications, administering orders in an online store, booking a table at a cafe, collecting delivery information, processing typical queries and collecting leads, as well as an HR bot with integration with Trello and the IFTTT automation service.

The bot-building process takes place in a convenient and intuitive visual editor. A lot of educational materials are also available, making it possible to grasp the features in no time at all.

An important feature of Aimylogic is the Intents module, which allows you to easily configure a scenario for interacting with users. It can include key words and phrases that, when typed in (or pronounced) by a user, activate a certain branch of the script. The builder is equipped with an inbuilt machine learning algorithm thanks to which it could understand and react to phrases in natural language. In other words, you only need to indicate the examples of words in the Phrases module and the tree of synonyms, similar phrases, and potential misspellings will be built automatically.

There are also ready-made intent templates that include reactions to a user’s greeting and goodbyes, their refusal or consent, recognition of explicit language, collection of user’s location data and contact information, and so on.

The service offers a free 14-day trial period on the Developer plan. Among the platform’s disadvantages are its high price (which is calculated from the number of the bot users per month), as well as the lack of automatic mailings and webhooks – mechanisms for notifying the system about events, for example, that a payment has been made via a bank’s website.

Botmother specializes in the creation of bots for messengers and social media: Telegram, Facebook, Viber, VK. Unlike the previously mentioned bot builder, this one’s functionality includes automatic mailings of the user base, embedded payments in Telegram, and statistics on users and their interaction with a bot. However, all these additional features are not available on the free plan.

Before starting your bot-building, however, you have to do some groundwork in BotFather on Telegram. There, you have to come up with and register a unique name for your future bot, after which a special token will be generated that will allow you to embed your bot into your platform. The same token is used in the builder. After that, you can proceed to configuring the bot, setting its user interaction algorithm and so on.

It has to be mentioned that BotFather only enables you to create a template for the bot: the only thing that can be adjusted there is the description, main picture, and greeting. All other functions are added in the builder.

St. Petersburg Information and Analytical Center developed its own Telegram bot builder – Isaak.io. As of now, the project is at the testing stage, but the majority of functions are operational. The builder is completely free to use, providing a great platform for learning the ropes.

The functionality here is also implemented in the form of a tree graph. The website provides all the necessary tools for fine-tuning the bot: from displaying specific text and sending media files (pictures, video documents) to executing an API request, that is, connecting to the data stored in a company’s internal systems. For example, a bot can show a user’s card balance. There is also a feature for setting up mailings, collecting statistics, and webhooks.

The bot-building process also begins with the creation of a template in BotFather. Then, you move to the builder, where you can add navigation buttons, user input data fields, interaction scripts, and logging, which, apart from serving the purpose of collecting user statistics can also be used for restricting user’s actions (for instance, if it’s necessary that a user vote or answer a question only once). There is also the function of uploading the data from an external website via the HTTP query button, for example, in order to check the availability of a product in an online shop or filter job postings from an aggregate website such as hh.ru.

The system’s development involves Dialogflow, an external service by Google helping the underlying algorithm recognize text and voice speech in its natural form. Future plans include its integration with voice assistants such as Yandex’s Alisa and Google Assistant.