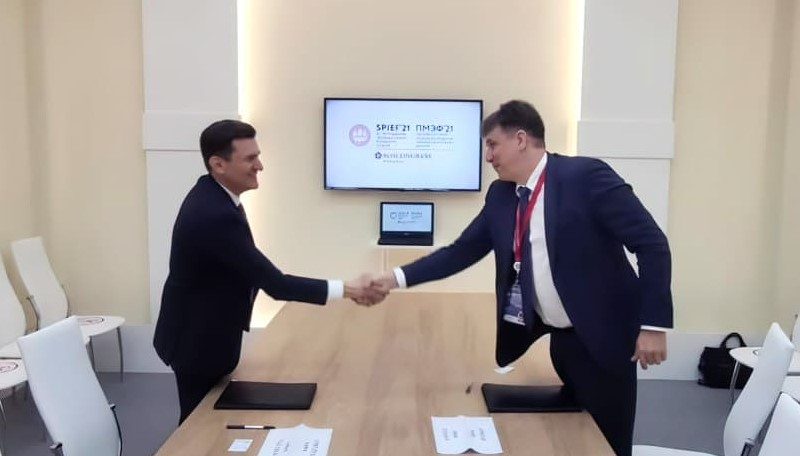 The data processing center with an immersion cooling system was designed by JSC Ruselectronics’s JSC RPC Impulse. This equipment makes it possible to use rejected energy for heating nearby buildings. This helps reduce the energy consumption and cost of the data processing center’s engineering infrastructure by 20%, as well as increase the density of equipment placement by four times.

“As part of the agreement, we will provide a complete data processing center ready to be launched. This will allow us to organize the functioning of a critically important part of the infrastructure in Yuzhny very quickly and help develop it further,” says Denis Zvonov.

“The creation of the data processing center with immersion cooling using Russian technologies provided by JSC RPC Impulse is both about the development of engineering and technological activities of the industry and the launch of Russian production for civilian purposes in the defense industry. These fields of work are actively supported by Russian Engineering Union,” notes Anatoly Kutuzov, deputy head of the St. Petersburg branch of Russian Engineering Union.

“A modern data processing center will become the basis for building a digital infrastructure of ITMO Highpark, an innovative center and the second campus of ITMO University. It will also allow us to attract cutting-edge companies and startups that require special computing powers and energy supply,” says Andrey Nazarov.