That Blockchain Life: Cryptocurrency Experts on Field’s Challenges and Opportunities

On November 7-8, St. Petersburg hosted Blockchain Life, the biggest international forum on blockchain, cryptocurrency, and mining in Russia and Eastern Europe. Representatives of top companies gathered at the St. Petersburg Expoforum to discuss contemporary challenges facing the industry. What staggers its development? How will the field be regulated in Russia? Why are talented developers leaving for Singapore? ITMO.NEWS put down the keynotes of the event’s presentations. 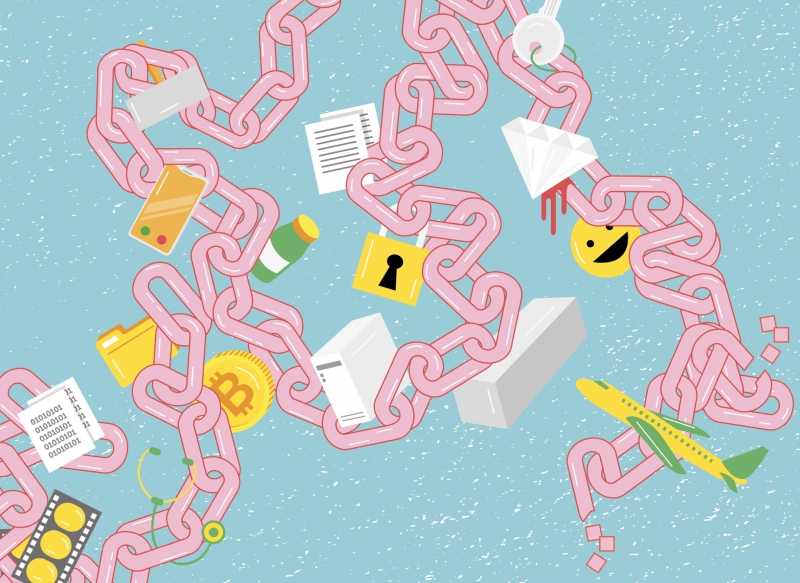 Vladimir Demin, scientist and inventor in the field of IT, Advisor to the Chairman of Vnesheconombank

The challenges standing before our crypto community are the same as they were a year ago. The first is the extremely low level of tech literacy among government officials, our main customers. According to some estimates, about 70-80% of the Russian economy is accounted for by the state. So it would be only logical if we actually tried to involve the authorities in IT.

In my experience, any ministry meeting of any government agency almost immediately turns into a mini-workshop. You have to explain to every participant what you’re talking about, and in a great detail, too. And this will continue to be the case for some time in the future. A year wasn’t enough to brief the officials on the fundamentals of the field.

The second big problem is the cargo cult. History shows that almost every attempt of introducing an innovative technology comes down to the reiteration of the cargo cult. It’s as if we’re members of this antediluvian tribe, and our chief forbids us to use a wheel, so we’re trudging heavy trunks praying to these new Western curios. We approach new technologies as we did it in the olden days, with the obsolete business management methods we’re accustomed to, and our crypto economy suffers as a result.

We also have to stop talking exclusively to each other and reach out to new audiences. Regular citizens have to understand how blockchain affects them in their lives. How to bring crypto economy to the streets? We have to end our development dilly-dallying. There are enough projects already, we have to focus on uniting things instead. We have to go out of our labs into the real world. It’s simple: we pick a solution, we find a suitable application, we pilot it, and if it works, we introduce it. This is no rocket science.

Blockchain projects should also find their way into the general public’s day-to-day, so that they would finally understand what blockchain is exactly. Social services, municipal initiatives, medicine; all that concerns everyone in society. We’ve already tested the blockchain technology for provision of subsidized drugs in the Nizhny Novgorod Oblast. This innovation yields the Oblast 30 million rubles in a year, a massive sum of money by regional standards.

Why does our field develop slower than it could? It’s partly due to the fact that there’s no legislative regulation of the field, but also because of some technical nuances; blockchain isn’t that fast a technology as it turns out. The third negative factor is our lack of focus. We’d love to advance, but we do it by proclaiming that blockchain is a panacea from all problems in all fields, when what we should be doing instead is devising an action plan consisting of pointlike breakthroughs and sticking to it. This popular bubble of mistrust in blockchain should be ripped open in one area at least, and when people see that this technology does, in fact, work, they’ll pay more attention to what we do.

Sergei Khitrov, organizer of the forum, CEO of Listing.Help and ITMO University graduate

I travel and give presentations all over the world, from Malta and Singapore to Dubai and Hong Kong. Without fail, I meet Russian expats at any conference I attend. As little far back as a year or six months ago, they’d still been living in Russia, making plans, buying houses and cars, but sadly, they all chose to leave for another country, having moved with their families and everything. When asked what prompted this departure, they answer that this was because there was no legislative framework for what they were doing.

Other countries, however, welcome blockchain specialists with open arms. One example is Malta, but it has its own economic nuances due to its membership in the EU. These problems notwithstanding, give it four years and you’ll see blockchain used everywhere. That’s when the Russian officials will be kicking themselves and trying to get Russian cryptocurrency aces back. Well, they had that coming!

To promote the industry in Russia, we have to offer real products and raise awareness among members of the public. Because as of now even the honchos of the country’s leading companies are convinced that blockchain blew up because of the drop in the value of bitcoins. But blockchain is a technology, and bitcoin is a financial instrument; this just doesn’t add up. The sooner we teach people about this difference, the sooner we’ll see the real progress in our field.

Elina Sidorenko, professor at the Moscow State Institute of International Relations and Head of State Duma’s task force on cryptocurrencies

When we throw mud at Russia saying that it doesn’t have any cryptocurrency legislation and so forth, we’re stretching the truth, however unintentionally. Because the thing is, when it comes to such regulation, every country in the world is in the same boat. We don’t know anything about how blockchain is regulated in other countries, but we’re still attracted to everything foreign. Let’s take Switzerland as an example. They did authorize the opening of a Crypto Valley, but try to think of at least one company that was given permission to open a cryptocurrency bank account, and you’ll fail because there have been no such cases bar one, and it’s still unclear whether it will proceed with its decision as there's no detailed information available.

We have to understand that the digital world, the field of blockchain especially, is fraught with many risks and uncertainties the state lawyers don’t really want to open their eyes to yet. Cyber attacks, money laundering, the use of cryptocurrencies on the dark web; all these problems are real whether we like it or not, but at the same time, ICOs are a big and very promising part of our economy that will only continue to grow.

That’s why we at the task force are working on the concept of Russia’s first digital court for market protection. What the lawmakers of the world are struggling with is how we could protect ourselves as parties to the so-called smart contracts. If Russia shows that there are legal routes of doing this by signing these contracts, we’ll set the regulation trend rolling and attract huge investments while at it.

What we have today is a situation where the largest international and Russian companies are ready to introduce blockchain technologies and smart contracts, but they realize that there’s no established legal procedure and no integrity checks out there to support them. We hope that by launching our project, we’ll make the way for the new, global digital charter for business.

Blockchain is indeed a very important technology, especially for the operations in the public sector and the field of IT. Its main advantage lies in the fact that nothing can be changed or feigned. That would be invaluable for implementing anti-corruption projects.

But this is also a young technology, and this is why we can’t yet use it in our work as government officials, much to our regret. First, it has to pass the test of time. Our current goal in interacting with IT companies is exchanging experience; it’s vital for us to stay in the know about the latest developments in this field.

Aside from this, the Youth Board sees it as its priority to contribute to IT projects of young developers. The Board consists of 12 committees, and one committee's primary point of focus is the support of youth initiatives. They consider different projects and refer them to the ‘Smart City’ task force, which is headed by the former Governor of St. Petersburg Georgy Poltavchenko and is supported by ITMO University. The task force oversaw many projects with lots of potential, the most recent being the introduction of remote utility meters. This will make life easier for both property management companies and individual households.

Blockchain is an exciting and very promising technology that has managed to gather many a young state official under its banner. Our task is to accelerate the process of introducing it into government agencies to make them work faster and more effectively.