August 30 marked the end of the 2nd St. Petersburg Digital Forum, a platform for communication between public authorities, transnational companies, startups, and citizens. The program of the forum included round tables and panel discussions of the most topical questions concerning digitization. Participating in the forum were, inter alia, three graduates of the Future Technologies accelerator, the prototype of ITMO University Accelerator. Read on to learn more about their projects. 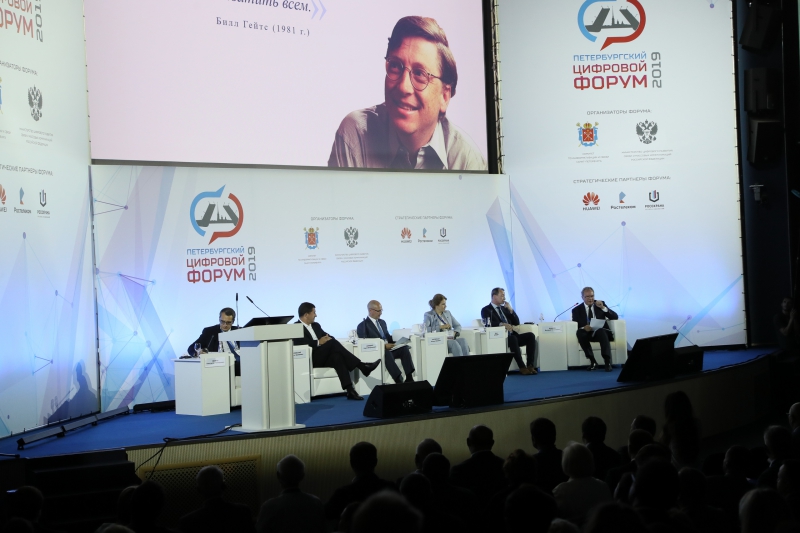 Held on August 29-30, the 2nd St. Petersburg Digital Forum focused on the technological breakthrough as the basis of the country’s economic development. During the first day of the forum, its participants took part in a panel discussion “Breakthrough Digital Technologies for Strategic Development Industries”. They discussed the opportunities and limitations for introducing modern digital technologies into key industries, as well as government support tools for the digital transformation of strategic industries.

Among the key speakers was Sergey Kiriyenko, the first deputy head of the Presidential Administration, Alexei Kudrin, the chairman of the Accounts Chamber, and Konstantin Noskov, the minister for digital development and communications.

ITMO University was represented by three projects: Labra, GoROBO, and O.VISION. These are graduate companies of the Future Technologies accelerator, the prototype of the existing ITMO University Accelerator. Representatives of the companies presented their projects and spoke about the highlights of their products.

The authors of the Labra project came up with an action recognition technology aimed at improving labor efficiency in the workplace. They developed a video surveillance system with a neural network that captures and recognizes people’s actions, which allows employers to find out exactly how working time is spent.

“It often happens that we do not initiate the installation of video surveillance, it’s already there. In such a situation, there is a person who is watching people, which, in our opinion, is not ethically acceptable. We propose to depersonalize the system and thereby make it more humane and efficient,” says Elena Shishkina, the company’s head.

O.VISION, another graduate of the Future Technologies accelerator, in its turn, is developing a face recognition system for ticket barriers. Its distinguishing feature is that it processes the information very quickly thanks to an in-built processor. The project is actively developing and has already attracted the first round of investments.

The GoROBO startup is yet another Future Technologies accelerator graduate that participated in the Digital Forum. The company is developing a network of robotics clubs for children aged 5 to 14 years old. The educational program, developed in collaboration with engineers and pedagogical workers, includes tasks in robotics, programming, 3D modeling and printing. The authors of the project say that, in their opinion, such a complex approach helps kids develop their project thinking skills.

ITMO University launched its own business accelerator three years ago. In this period of time, it has helped some 80 startups launched by ITMO students, about 20 of which have since entered the market with commercialized products. This year, the accelerator is changing its format (check out our article to learn more).