Digital Promotion: How to Do It Right

What is the best time to launch a promotional campaign? How do you come up with creative ideas? How to check if they are viable? Evgenii Marchenkov, CEO and co-founder of AdSide Media, an American agency that specializes in mobile app advertising and e-commerce, shared his experience on the topic. 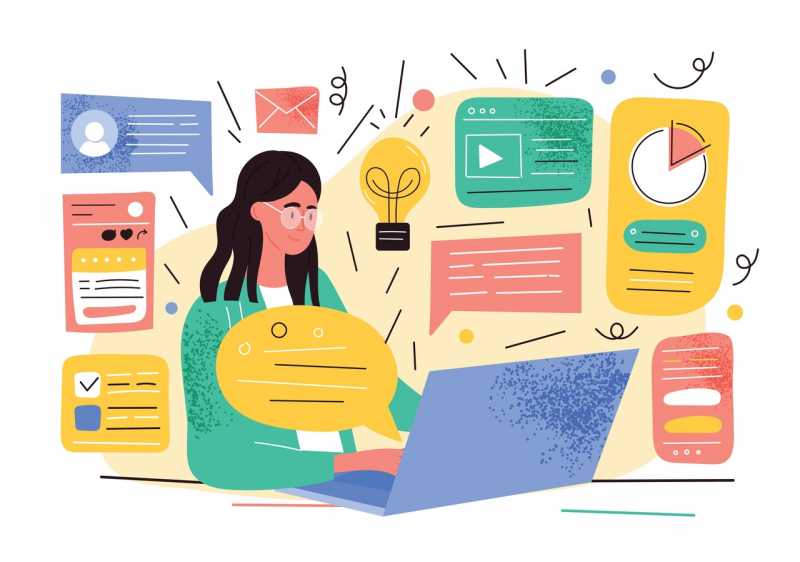 The webinar was arranged by ITMO Accelerator and summarized by ITMO.NEWS.

When to launch ads

The creation of almost any product includes the following stages:

As you can see, the two last steps involve clients – and they should be actively attracted to the project.

However, our tip is to engage them even earlier, for example, at the concept and design stages. It will allow you to see the perspectives of conversion rate, evaluate the number of potential users and how many resources you need to spend on promotion. You can perform A/B tests of design concepts by launching several different landing pages and seeing which ones have low conversion rates.

Moreover, early launch of ads will make bugs and problems of technical analytics evident and help decide if your product and analytics systems are able to work in full force.

Let’s see what tools for promotion there are. Here are the top-10 rankings for those who create mobile apps.

Facebook Ads and Google Ads are at the top of both lists, so let’s discuss them a bit more.

Google Ads is part of Google UAC (Universal App Campaigns) that also includes Google Search (ads in search results and contextual advertising), YouTube (ads embedded in videos), Google Play, and Google Display. Google has the most user-friendly system for the creation and launch of your advertisement: just pick a platform, set it up, and you’re ready to go.

How to evaluate the results

Advertisement is based on three factors: platform, finances, and metrics. You won’t know if your banner works without implementing the metrics beforehand and checking them afterward.

You have to keep in mind the most important metrics:

It’s only some of the required metrics. To keep track of all of them, you can use tools for analytics, such as Facebook SDK/Pixel, AdJust, Google Analytics, AppsFlyer, etc.

AdSide Media agency works with international clients, but if we’re talking about the Russian market, then of course Yandex.Metrics, WordStat, etc. would get a mention.

Pay enough attention to analytics, as incorrectly performed integration will send false data to Facebook, so you won’t receive the real statistics.

Ads must be creative

80% of any promotional campaign’s success lies in creativity. But the problem is, each team member has their own opinion, they all are ready to argue and prove that they’re right, but in reality, we never know which ad will work and which won’t.

99.9% of ideas will fail, so we need to come up with a huge amount of them that would allow us to find that 0.1% that will work.

The creative ideas should consider the demands of a client, platform features, and your consciousness. For example, we know that sexualized ads work but it’s boring to use images of breasts all the time. Moreover, users who are attracted by such ads don’t become paying users later on. They only use free features for a while and then delete the app.

In order to stay afloat and fight competitors, you need to go through huge amounts of ads and trends (fortunately, Facebook lets you “spy” on PR campaigns of specific companies). Moreover, you need to come up with your own ideas, try them out, throw the bad ones away, and keep brainstorming.

60 ideas in one hour

Our agency has an entire creative department with our own method of coming up with ideas that allows us to generate 60 to 120 ideas per hour.

The first five minutes of the brainstorming session is warming up. For example, I ask everyone to come up with a name for a room in a house with hundreds of them. We begin with trivial answers, such as a kitchen or a bedroom, and then we move on to rooms for playing pool, etc. At this stage, our brains “wake up”.

Then we spend five minutes on the information about our client, their competitors, and strategy.

And then, we have half an hour for brainstorming. Each person shares their thoughts, visions, and even the most absurd ideas. We write everything down without criticizing. Finally, during the last 20 minutes, we figure out the final ideas that correspond with the values of the product.

I hope you will remember the key thought of this speech: good advertisement requires creativity and correct analytics. Without them, it won’t make sense.

You can find the full video here (in Russian).