ITMO.NEWS and Stanislav Lukyanov discussed his ARVIZOR project, the prospects of AR technology, and ways to apply it, as well as participation in accelerators and making it to the international market. 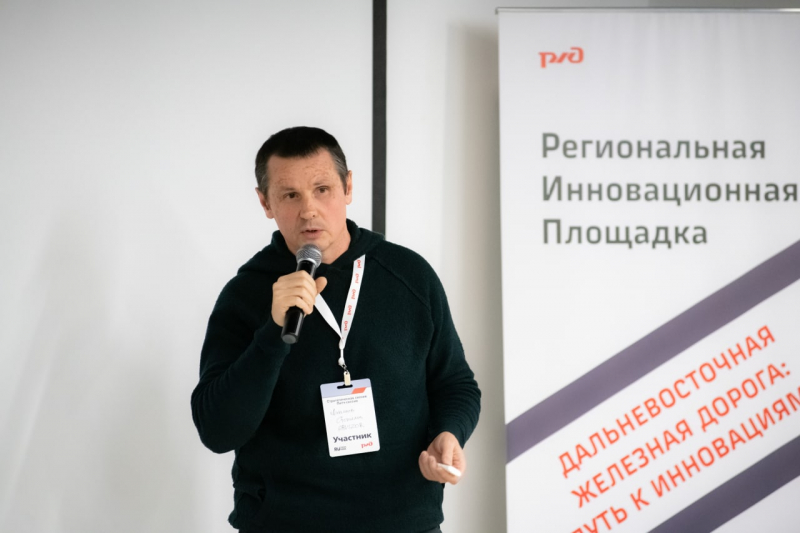 AR (augmented reality) technologies are just starting to gain momentum. For now, they are mostly used for entertainment, for example, to create Instagram filters or “living pictures”. At the same time, AR is a very promising technology for the fields of education, business, and marketing. Experts claim that the AR market, unlike the VR market, will continue to grow.

The main reason why AR isn’t very popular in the business world right now is its complexity: people don’t quite understand how it works. That’s why Stanislav Lukyanov decided to launch a startup – an easy-to-use AR builder that would allow users to apply AR technologies for their needs.

Could you tell us how you came up with the idea for the app? Have you had any expertise in AR or IT?

I’ve been working as an entrepreneur since 2010, and before that I worked as a top manager in media, in particular, at the Far-East branch of the State Television and Radio Broadcasting Company. I had several projects: a radio station in Khabarovsk, a magazine, and a travel agency. But it so happened that all these fields began to collapse after 2014. Plus, I realized that you can earn different amounts of money by putting in the same amounts of effort. You just need to find out which market is the best for you. So I started to look for a field that would be in demand for a long time and a market that would scale up rather than down.

Around the same time I was engaged in organizing an international student festival. Specialists in AR contacted us and offered us to use the tech as part of the festival. At that point I didn’t even know what AR was, but I thought that it sounded quite promising. My business partner Yuriy Siryk, an experienced programmer, and I came to the conclusion that soon the market will show demand for AR builder software. Something like this happened with websites: at first, companies paid a lot of money to hire developers to create websites for them. Later on, builders appeared, and now any student can create a landing in one night for cheap.

So you believe that AR will become popular? Don’t you think that demand could decrease drastically, just like it did with VR?

AR will certainly become part of daily life. The thing is, people are already waiting for such technologies, for example, for AR glasses like Google Glass. But as of now, they are too expensive, plus there isn’t a lot of useful content that would make them worth it. Once glasses become reasonably priced and equally useful, rather than simply entertaining, the switch to AR will happen. People expect specific and tangible benefits from new technologies.

We are focused on providing the market with lots of useful content. At the same time, we won’t be the ones to create it: our goal is to give users an easy-to-use tool to bend this technology to their needs.

So you’re not going to produce content at all?

Generation of content is one of our plans for the long term. Experience shows that the Russian market isn’t even ready for builders. That’s why in our opinion, it doesn’t make sense to put lots of tools on the market at once. We want to develop several user-friendly programs accessible for all. Our product is meant for a wide audience.

However, we have a studio consisting of outsourced specialists who help us create visual content if customers need it. We’ve been working with them for a while now and they are always glad to work for us.

Do you expect AR to become popular enough that all companies will feel a need for such services?

The idea of no-code platforms is very popular right now. It used to be that we only had website builders; now, you’ve got similar software for apps, chat bots, online stores – anything you can think of. And AR builders aren’t far behind.

The market is growing rapidly with two or three new companies launching every year. Not all of them survive, of course, because that’s just how startups are. But the market is a promising one. Not long ago we monitored the American market, which is more active. There are four of five builder projects that are quite good. For comparison, there were only two such companies a couple of years ago.

What makes your service different from others?

If we’re talking about the ones that can be found in Russia, then what distinguishes us is that we’re a cloud-based service first and foremost. There is nothing you need to download and no QR codes to scan. Almost all similar services in Russia use a different technology – with them, to use augmented reality you need not only to download an app, but also to scan a code that’ll lead you to the content you’re looking for.

As for our international counterparts, they offer more opportunities. But one thing is that they don’t use a certain type of content – text. In the new version of our software, you’ll be able to print text on top of a marker. Other differences are more to do with the business model and target audience.

Why do you think people are so enamored with augmented reality?

I think it lies with the desire to believe in magic that exists within us since childhood. With AR, it’s like you can see into a parallel universe through your smartphone. Another great feature is the ability to perceive a great deal of additional information. Like in the Terminator movies, in which we can see the robots look at objects and display additional information about them.

Imagine that you’re at a store and considering buying a new product which you’ve never seen before. You could look at the packaging through an AR app and have it display customer reviews and so on.

These sorts of technologies will probably be quite in demand in business and marketing. Do you already have any cases of that kind?

Businesses are definitely enthusiastic about it. The only thing causing them to hesitate is the cost. This field would develop quicker if augmented reality projects were cheaper to make. As a matter of fact, builder software is what’s supposed to solve that issue.

When we first emerged on the market, everybody was still thinking about the success of Pokemon Go, which really showcased AR’s “wow effect.” At first, we, too, focused more on special effects and worked with artists to bring their art to life.

But in reality, the market – and major businesses – wasn’t that captivated by the concept. So, we decided to focus on informative content and using AR as an additional source of information. That could mean text, video, audio, slideshows, presentations, and so on.

So you’re not working with art objects any longer?

Not quite. Right now, we’re talking to the government of the city of Khabarovsk about creating special areas with virtual art objects. It would boost the city’s touristic appeal while providing artists with a medium for self-expression.

If you’ve already got clients and cases, why join the ITMO Accelerator?

First of all, for the networking opportunities and the chance to show our project to more people. We try to take part in every acceleration program we can find. And though we’ve already taken part in many, it still feels like we don’t have the complete knowledge. The deeper you dig into a subject, the more questions you have. Besides, every accelerator brings its own benefit.

We started with Skolkovo’s Open Innovation Startup Tour competition – we came there with a raw idea and they helped us flesh it out and create a solid project. We ended up winning, which not only inspired us, but helped us attract business angels.

Then we joined the acceleration program at the Russky Technopark in Vladivostok. It helped us structure our knowledge and rethink our vision of the project. At the demo day, we became acquainted with a Chinese tech company that expressed interest in our project.

Right now, they’re inviting us to take part in a state program for foreign startups that’s currently running in China. But we’re still thinking. Of course, we’re considering foreign markets. For instance, we’re in negotiations with the Starta Ventures fund in New York.

And what does the ITMO Accelerator give you?

We came to the ITMO Accelerator this spring. We don’t have a mentor yet, but we get all the newsletters, educational material, and updates about events and competitions to take part in. For instance, the Accelerator helped us win a competition organized by Yandex, for which we were awarded six months of free access to the company’s cloud services.

But first of all, we came here for new connections and opportunities. We plan to take part in the demo day and other events at the Accelerator. We just want as many people to learn about our project as possible.