SingleStore Founder Nikita Shamgunov on How to Launch a Startup

Nikita Shamgunov, the founder of the SingleStore company and an ITMO University graduate, gave a lecture on building a startup and collaboration with aspiring entrepreneurs at the ITMO Preaccelerator’s Demo Day. 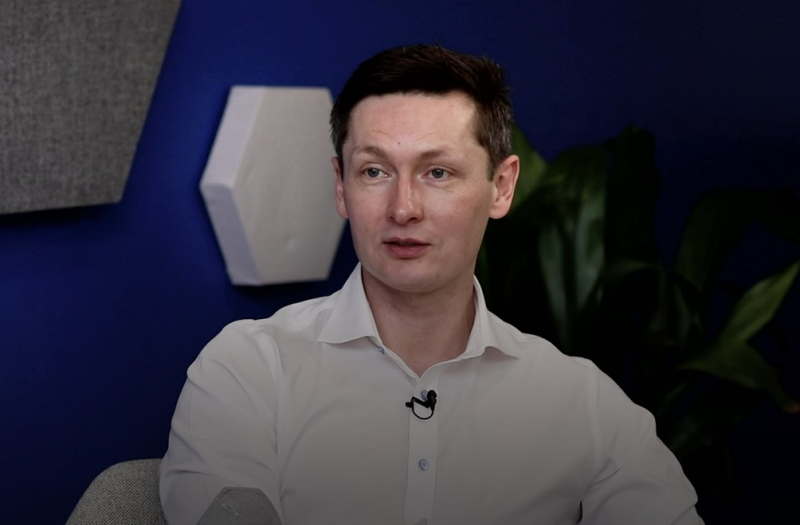 Many would like to launch a business – in autumn 2020 almost one-third of the Russian population expressed such a desire. At the same time, about 97% of startups fail in the first year of their existence. How do you find your niche, choose the market, create a relevant product to succeed, and why would you launch a startup in the first place – those are the common questions asked by novice entrepreneurs.

Nikita Shamgunov, an ITMO graduate, a former employee of Facebook and Microsoft, and founder of the SingleStore company, answered these questions in his lecture given at the ITMO Preaccelerator’s Demo Day.

Why build your business

To start with, the lecturer discussed why one should open a business in the first place. According to him, there are four reasons. The first one is for people who have an idea, a dream. They want to implement it, they’re ready to spend hours and weeks on creating an app or inventing something, even though no one is going to pay them for that. If this idea turns out to be good, they can build a very successful company.

On the other hand, you can start with a problem, not an idea. For example, you might notice that it’s difficult for people with limited mobility to get something from the upper shelves. Or you collect models of military equipment and can’t properly wipe the dust off them. If you decide to solve a problem, you can build a company around it.

The scale of your business will depend on the scale of the problem and the number of potential users. So, a startup aimed at solving the problem of all 13-year-olds in the world has the chance to become a global corporation. A company that came up with a device for stamp collectors is likely to remain small but successful in its niche.

Sometimes, a person who has been working at the postal service or a wholesale wine company can detect a gap in the industry – an obvious niche that isn’t occupied. That’s another good condition for starting a business.

And finally, the last reason, according to the lecturer, is simply love for the process of creation, be that creating a product, a team, or a customer network.

Nikita Shamgunov also discussed bad motivations for building a business. The main one is the desire to become rich and famous. It takes a long time to create a startup, they don’t bring money for a long time, and a novice entrepreneur has to work 12 or more hours a day. If you simply want an effortless and luxurious life, then your attempts might turn out to be fruitless.

“It’s perfectly normal to have things you don’t want to do and would prefer someone else to do them for you. However, if you create a business with such an attitude, it won’t work. The correct approach for an entrepreneur is trying to do it yourself before letting others do it,” says Nikita Shamgunov.

However, even the fact that an entrepreneur starts a business driven by a worthy goal doesn’t mean that success will come easily. They’ll have to face a lot of problems that large companies don’t have. Everything, from product manufacturing to hiring employees, will have to be created from scratch. At the same time, the company will be very vulnerable at the start. Something as simple as an employee getting sick will be barely noticed by a company with 10,000 employees, whereas for a small startup it might lead to the risk of closing.

"The state of mind of a novice entrepreneur should be like this: “We will definitely succeed sooner or later but in the near future everything that can fall apart will fall apart.” You need to be pessimistic for the short term and optimistic for the long term,” concludes Nikita.

A capable and promising entrepreneur is distinguished not by the presence of problems but by the ability to deal with them promptly and make sure they don’t stagger the company for a long time.

“Suppose you know someone who is an entrepreneur and you talk to them every once in a while,” says Nikita Shamgunov. “If they know how to solve problems, you will notice that even though they have problems every time you see them, these challenges are different each time because they have already overcome the previous ones. This is a great approach.”

Finally, an aspiring entrepreneur must be energetic and sincere. Energy is needed to solve problems and face new obstacles constantly. Honesty, on the other hand, helps form and sustain the team.

“You cannot develop a startup alone. It happens, but very rarely. You have to form a team, and no one likes working for insincere people,” adds Nikita.

What should a startup team look like? What kind of people are essential for a startup? First of all, they should be specialists with expertise in their fields. If some of the skills are missing, then they would need to quickly master them, or the business won’t be able to grow.

“You should check that the skills and talents of your team members complement each other,” says Nikita. “For example, someone is good in programming, someone – in design, and someone has a great understanding of your target audience and communicates with it. You will also definitely need programmers on your team. If there are no programmers on your core team, then you’ll have to outsource them, and it’s hard to hire a programmer if you aren’t one yourself.”

At the same time, the team may not include a person who is well-versed in business specifically. If there is one, then they must have some kind of a superpower that the company needs. For example, the ability to sell, communicate with customers, build a community, and so on.

At the same time, the lecturer notes that the team shouldn’t argue all the time but also shouldn’t avoid conflict at all costs.

“It’s like a relationship between spouses: if you argue too much – it’s bad, but if you don’t argue at all – it’s also bad, as you don’t let your feelings out,” concludes Nikita.

Having found an idea, motivation, and team, the entrepreneur must take the next step and see how their concept fits with the needs of the market. In other words, you need to find the product/market fit. If you succeed, the company will grow dramatically, if not, it will most likely cease to exist.

First, you need to come up with a hypothesis and then create your product in accordance with it. It’s necessary to show your product to someone and receive feedback at each new stage of your work.

At the same time, looking for the product/market fit might take a long time. You should give yourself about a year to make sure that your hypothesis is correct. There is probably no use to wait longer.

“It’s better to pause and try to come up with something new,” says Nikita Shamgunov. “Or at least change your hypothesis or product. The lead engineer in our company had created a startup trying to develop an analog of Siri. He spent a year on it but it didn’t work. Then he changed the concept and founded another company. That one did take off and 80-100 people are employed there now.”

You must take into account that the product/market fit can have different values. It’s unlikely that one product solves all market problems. Sometimes it can solve only a small portion of them. In this case, the company can still work, but it is unlikely to become large quickly.

Opportunities for participants of ITMO Accelerator

At the end of his presentation, Nikita Shamgunov announced that he is ready to help aspiring entrepreneurs who participate in ITMO Accelerator. According to him, he has a preliminary agreement about it with the university.

“I can offer you the so-called office hours. ITMO and I have already discussed it,” he says. “Once every several months I’ll set up a meeting with startup teams. They probably have certain questions and problems, as all companies do, and I can help solve them.”

He also adds that he can consult companies outside his office hours but only if they have found their product/market fit.