ITMO’s Interuniversity Entrepreneurship Club and the Patteri Entrepreneurship Society have organized an open mic meeting. Participants discussed student startups at universities, the need to provide financial and resource support for young entrepreneurs, and the performance of this system in general. 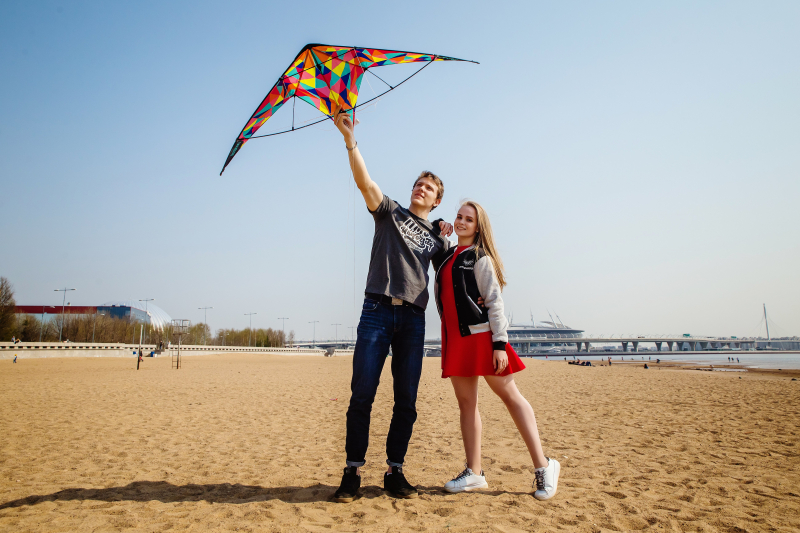 The meeting brought together Jade Hirvonen and Minna Nieminen, employees at the South-Eastern Finland University of Applied Sciences (XAMK University) and members of the Xamk Twin Campus project, Niko Arola, a specialist in cross-border cooperation, Olesya Baranyuk, the deputy head of ITMO Technopark, Maksim Makarov, a mentor at ITMO Accelerator, as well as students from ITMO and XAMK universities. The event moderators became Mussa Nuryshev, the head of ITMO’s Interuniversity Entrepreneurship Club, and Henrik Dombovari, the organizer of the *ship startup festival.

The participants first throw light on the topic of financial support for student startups, particularly university scholarships. Aspiring entrepreneurs, especially students, have a hard time starting their own businesses without external support. As a rule, young people can’t get bank loans as they have neither credit history, nor reputation, nor experience.

“I launched my startup when I was still a student. So I know firsthand what it's like to start your business from scratch with no money,” Nikolai Golos, an ITMO graduate and the founder of the Metrica startup, shares his experience. “Russian universities offer larger scholarships for future scientists and athletes but not entrepreneurs. Young startupers, however, also need money to launch ads, pay their staff and vendors, etc. Otherwise, they have to spend more time and energy to do it on their own, and this often leads to burnout and frustration.”

The participants also mentioned existing forms of support, for instance, government funds in Finland and the Russian START and START 2 programs introduced ten years ago.

Then, they turned to entrepreneurial education. When discussing the ability of universities to train future startupers, the participants expressed different views on the question. For example, Maksim Makarov is confident that students can only learn how to run a startup in the process, however, knowing fundamentals can help them avoid common mistakes. At the same time, young entrepreneurs must have extensive expertise as they’re in charge of everything: marketing, logistics, finance, negotiations, and so on.

Olesya Baranyuk stressed that universities can’t turn students into entrepreneurs but can provide a complete set of necessary tools, a favorable environment, and networking.

“I'm sure that a person should have an inborn gift for entrepreneurship but we, the university, can provide them with all the tools they need, help with networking, and give a space for safe experiments so that students wouldn't be afraid of getting in debts and financial struggles.”

Can entrepreneurship be taught in a classroom?

The gift for entrepreneurship sparked a vigorous debate: is it a requirement for running a business or you can learn how to do it in a classroom? Henrik Dombovari believes that some people are simply born to sell and they face fewer difficulties along the way, while others have to struggle to master the fundamentals. Among other things, Maksim Makarov highlighted the popularity of accelerator programs and startup schools, which proves that anyone can become an entrepreneur. Jade Hirvonen added that often business courses and training help people unleash their potential.

“Many are looking for something that will spark them, make them passionate about entrepreneurship. And, indeed, if you’re really passionate, you can turn any hobby into a business.”

Then, the participants touched upon ITMO and XAMK accelerator programs, discussing what career paths they offer for students and whether these programs help them find their niche. And as an example, Nikolay Golos shared his own story:

“Once, when I was a student, I came across an announcement about ITMO Accelerator. I had a couple of ideas, which I described in detail in my application. Two weeks later, my friend and I launched a startup that ran for two years. The program gave us needed experience. I’m sure that's what helped me get my first job and then start the second startup. So, I had a very clear picture of my next steps.”

The final topic of the meeting was related to the number-one issue plaguing all students – business and study. Maksim Makarov witnessed many examples when students were lucky enough to build a truly successful business and had to give up their studies to further develop it. Niko Arola confirmed that this is rather common because “if you’re passionate about your idea, you want to give it your full and undivided attention and forget about everything else.”

As Olesya Baranyuk noted, ITMO supports its students’ desire to combine work and study. That’s why it introduced the Startup as a Thesis initiative in 2015, which was designed specifically for young entrepreneurs. Over the years, the program achieved remarkable results and began to extend to other universities. In 2020, ITMO University was selected as the federal operator of the Startup as a Thesis program within the framework of the Human Resources for the Digital Economy project and on request of the Russian Ministry of Science and Higher Education.

ITMO.NEWS talked to the organizers and participants to learn more about the importance of such informal meetings for students.

We thought that an open mic is a great format for discussing ideas. It is a safe space where people can share their thoughts without being judged. It wasn’t hard to come up with topics for discussion as we were guided by real-life cases. In general, we had a great time and received positive feedback. So, you can be sure we’ll do it once again.

Such events provide an opportunity for an open dialog with like-minded people. At the same time, you can be yourself and forget about stress. These kinds of informal meetings are important, especially now, when everything goes online. It makes networking easier when it is not so formal.

The Twin Campus project aims to boost cooperation between ITMO and XAMK. Thanks to these meetups, we know more about students’ needs and interests, as well as their thoughts on the universities’ collaboration. Besides, it was interesting to explore how things work at ITMO University.

As organizers, we aimed, firstly, to open a dialog between two universities on the business world and, secondly, test the new format.

We sought to find such questions and statements that would spark a discussion among all participants. Partially, we’ve met the first goal but there is still room for improvement. As for the second goal, our participants made it clear that we’ve done more than enough. Everyone said it was fun. And as we know, a fun and informal environment stimulates discussions. After all, here people aren’t afraid to voice their opinions.

In sum, the new formal took off, and we plan to continue to practice it at the Interuniversity Entrepreneurship Club and attract more people with diverse cultures and experiences. And spoiler alert: next time we’re going on a virtual tour to Mexico.