SightSafari.City: Great Walking Routes in Every Part of the City

Isn’t it great to gaze at some tourist attractions while walking home from work? Especially, in the summer, when it’s warm and sunny. But finding a route that would be short and interesting at the same time can be quite a drag, and we often end up choosing the shortest possible way. Egor Smirnov, a research associate at ITMO’s Institute of Design & Urban Studies, has developed a route generation algorithm called SightSafari.City, which is already available in St. Petersburg and other Russian cities, as well as in Belarus and Ukraine. 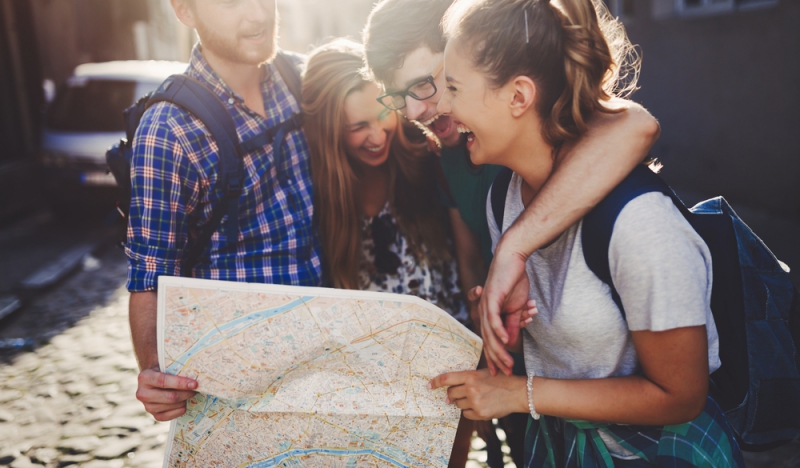 The main idea of the project is that there are places worth visiting in almost every part of the city. These are not necessarily royal palaces and magnificent cathedrals. Small military monuments, beautiful churches, street art objects, industrial architecture and many other exciting objects situated in the suburbs can also be worth giving attention. But we often choose the shortest route and don’t notice these things. Egor Smirnov’s algorithm gives you a chance to walk a few extra meters in order to experience something new.

In other words, the routes the program offers you are not the shortest but the most interesting ones. You can choose for yourself how unusual you want your route to be. For example, imagine you are in a residential district and want to walk, say, from Suzdalskiy Prospect, 109 to Akademicheskaya metro station. The system will offer you several options depending on how interesting you want your journey to be. It will show you that you can deviate from the shortest path by 16% and see a teacher monument. You can decide yourself whether you want to walk a few extra meters to see this landmark.

The algorithm works using the Open Street Map (OSM) data. OSM is a map of the world, created by people themselves. It sorts various objects by tags. For example, all St. Petersburg’s palaces are tagged as “historic”. While all the main roads are tagged as “primary” or “pedestrian”. That is, OSM is like Wikipedia where everyone can make changes and create new objects.

All the objects in the route are assessed according to their value. Among the most relevant objects are various tourist attractions, such as parks and gardens, historic buildings, squares and other beautiful objects. Libraries, cultural centers and theatres are not included in the map, as you have to go inside these buildings to really appreciate their value. Besides, all the objects that have a Wikipedia article get three extra points; one extra point is given to objects that have a website, and so on. Using this algorithm the program can evaluate all the objects in the city. For example, if an object has up to three points it’s probably something only locals know about, while if an object can boast about eight to ten points, it’s something popular like, for example, the Palace Bridge.

Apart from that, the algorithm also takes into account viewpoints, places from which you can see some tourist attractions or their parts. For example, Saint Isaac's Cathedral or the Admiralty can be seen from the Spit of Vasilievsky Island.

Sometimes the routes generated by the program can still be boring, as there are not so many tourist attractions in some residential districts.

Or you may notice, that SightSafari.City ignores some objects you know about and doesn’t include them in your route. This means that something is wrong with the objects’ tags. To solve this problem and make the routes more interesting, the developer of the project sometimes edits some tags manually.

“OSM is basically the only such resource that is open and free. Google Maps, Yandex and other services don’t allow users to use their data for their own projects. That’s why I chose OSM data for my algorithm,” commented Egor Smirnov.

Currently, only the web version of the system is available. In the future, the developer plans to launch a mobile app. Users will also get an opportunity to download GPS-trackers to use the maps offline.

The first users of SightSafari.City have also noted that it would be great to create circular routes and random routes in case you just want to walk but don’t really know where to go. Besides, it would be great to add some pictures to the system, but it requires a lot of resources.

“I’m still working on it. There are many things that need to be done, but it already works, and works quite good. I’m going to introduce various types of routes and more cities into the system, as well as make an Android app”, shared Egor Smirnov.