This week, the FIFA World Cup is starting in Russia. The most dedicated fans will travel from one city to another to attend as many matches as possible. How can they get to know each city in such a short time? Ksenia Mukhina and Alexander Visheratin, researchers from ITMO University’s eScience Research Institute, have designed short routes for each FIFA World Cup host city. 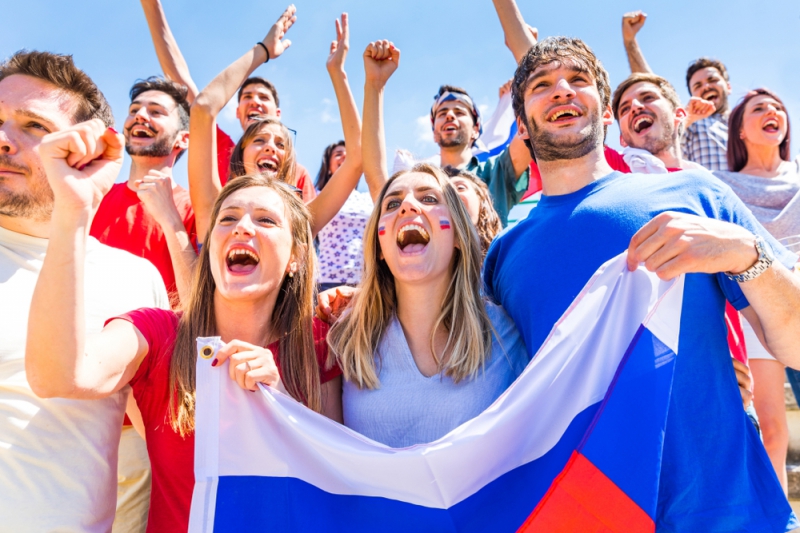 Each map includes no more than 15 places of interest, each evoking particular historical associations. For example, all the objects on the map of St. Petersburg are marked with colors that correspond to a particular topic: “Alexander Pushkin”, “Russian Empire”, “Fyodor Dostoyevsky”, or “Venice of the North”. In Volgograd, there is only one topic, “World War II”, while in Moscow it’s all about the “USSR”. That is, each tourist site is connected to some particular event or person, which makes it easier for guests to learn about the new cities. Every point on the map has a short description.

“Our routes don’t have a starting point, meaning people can start anywhere they like and design their own route. The main purpose of our project is to make it easier for fans and tourists to travel and learn about each host city’s culture and history”, commented Alexander Visheratin.

11 Russian cities will host the games; these are: Moscow, St. Petersburg, Kazan, Sochi, Yekaterinburg, Samara, Saransk, Rostov-on-Don, Kaliningrad, Volgograd and Nizhny Novgorod. The 2018 FIFA World Cup’s official webpage also provides a list of tourist sites for each host city. According to the researchers from ITMO’s eScience Research Institute, the weak point of these lists is that they cover not only the cities themselves but also the suburbs. That is, it takes guests longer to plan an interesting single-day route. Tourist websites can be of some help, but they rarely offer routes, only lists of sights, while city tours offered by travel agencies often include only the basic tourist sites.

To solve this problem, researchers from ITMO University have developed an algorithm for generation of tourist routes that would include all the most important sights in a city. This method allows them to automatically generate routes based on the data about popular tourist sights from TripAdvisor, Wikipedia, and social media, such as Foursquare, Instagram, and Facebook.

The sights for the maps were selected automatically; the selection algorithm is based on the orienteering problem, which deals with finding an optimal path between two points in a limited period of time. All the places are assessed by several criteria. First, their popularity in social media. Second, the distance between the object and other objects in the route. And finally, the system takes into account how a place is related to the iconic historical figures and landmarks of the city.

“The ultimate goal of our project is to come up with a system that would not only create tourist routes but also design convenient walking tours”, shared Ksenia Mukhina, one of the project’s authors and a PhD student at the High-Performance Computing Department. “It’s not in every city that all the tourist sites are close to each other. We’ve introduced an additional dynamic coefficient into the system, which allows us to give preference to the places located near ones already included in the route. As a result, all the places in a given route are close to each other”.

The resulting routes were compared to existing walking tours offered by various services. According to a survey conducted by the researchers, the routes created with the use of the new algorithm are found to be more attractive rather than the ones made by experts. Up to 84 % of respondents preferred the routes made by the system.

“The routes designed by our system are very basic and are great for getting the first taste of the city. However, creating thematic routes is a completely different thing”, concludes Ksenia Mukhina. “But I think that in the nearest future, this field will develop rapidly and we’ll soon see many more great solutions in the field of smart tourism”.

You can find the maps of all 2018 FIFA World Cup Host Cities on the project’s webpage. Those who prefer printed maps can download them in the PDF format.