Resident of ITMO Technopark Included in Top-3 of SLUSH Festival

The SLUSH festival, one of the biggest startup events in Europe, has recently ended in Helsinki, Finland. Several of ITMO University’s Technopark residents took part in the event. For them, it was an opportunity to present their projects, attract potential investors and familiarize themselves with their counterparts’ work. A total of three companies collaborating with ITMO University received awards from the jury. Read on to learn more about the festival and why it is important for startups to participate in such events. 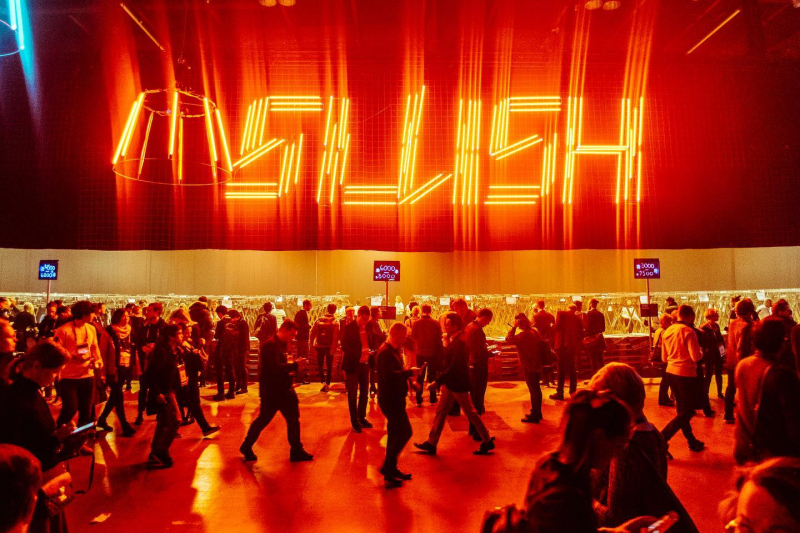 One of the world’s largest startup conferences, SLUSH was held in late November in Helsinki. This year, the event brought together about 3,500 startups from all over the world. About 2,000 investors and 25,000 visitors attended the event to familiarize themselves with their projects. Representing Russia were over a dozen projects related to ITMO University’s Technopark and the Skolkovo Foundation. Among the Russian projects were teams working in the field of information security, digitalization, design and other areas of the economy. They came to the Finnish capital to showcase their achievements, as well as find out which of their competitors are now working on similar technologies.

“When you participate in such an event for the first time, you can easily get confused, as it’s not immediately clear where to go and what to do,” shares Olesya Baranyuk, the deputy director of ITMO University’s Technopark, who has been participating in SLUSH since 2015. “There are dozens of stages there and it’s practically impossible to keep track of everything. The main task is to understand the main technological trends. And, what is even more important, to practice networking. This is the place where you can meet representatives of major corporations, investment funds, and innovation support institutions from around the world and establish useful connections that will come in handy in your future career.”

What is also appealing about this festival is the opportunity to win a prize from its organizers.

Among the winners was the O Vision company, which had previously participated in ITMO University’s pre-accelerator. The company specializes in the development of intelligent pass systems that can recognize faces in 0.2 seconds. The project made it to the top-3 of SLUSH 2019, which is the best result by Russian companies at the forum ever.

“What makes our project special and allowed us to get this prize is our approach and our product. It is unique and this is why it’s so promising,” says Daniel Sozonov, one of the company’s partners.

Presenting their produce for the first time was Finnish project Orbi, specializing in glasses for shooting 360-degrees video. This time, the company introduced a camera integrated into helmets for American football for live broadcasts directly from the field.

“It was our decision to go to SLUSH, we just applied for participation and paid the fee,” shares one of the company’s heads Aleksander Moreno. “In general, I have to note that we really enjoyed it: the sessions were rather interesting and entertaining and we also met some very nice people there. Apart from that, what was also good was that we were selected for participation in Showcase Studio, where each team gets ten minutes to showcase their projects in a separate showroom. What I also liked was the design of the event: it was very beautiful and unique.”

Also participating in the event was the cross-border cooperation project Startup Connect. The main purpose of this project was to study the experience of various countries regarding the development of student entrepreneurship.

“What I enjoyed the most were the so-called side events. There were two such events at SLUSH. One of them was a forum dedicated to the development of entrepreneurial infrastructure with representatives of incubators, accelerators and technoparks from Finland, Sweden, Denmark and other countries organized with the support of the European Innovation Council (EIC),” shares Elena Gavrilova, the head of ITMO University Entrepreneurship Center and head of Startup Connect project.

Time is of the essence at the conference, and it’s crucial to prepare for everything in advance to get the best out participating in such a large-scale forum. This year, ITMO Technopark’s partners Helsinki Center, NewCo Helsinki, Helsinki Business Hub, and Helsinki Ventures held the series of events SLUSH HUCK, during which they provided the teams with detailed explanations of how to gear up for the conference, structure the pitch deck, find the right partners and investors, as well as what to expect from participation and how to make it as effective as possible.

“The SLUSH conference has been held since 2008 and its participants have been making the same mistake over and over again: they go to the conference unprepared, and thus don’t fully enjoy it. It’s important to prepare a good-quality one-minute pitch, learn to talk about what problem your product solves and who is your customer. Our Russian entrepreneurs really like talking about technologies but investors are interested in other aspects as well,” shares Olesya Baranyuk.

The was a competition organized for ITMO Technopark’s residents and the prize was the tickets to SLUSH and the opportunity to participate in a three-day accelerator in Helsinki coordinated by Helsinki Business Hub.

“The list of winners included two ITMO University names: the team Deflamel (Statanly Technologies), a platform that allows to generate unique design solutions using AI, and Yellot, a cloud platform for digital transformation of manufacturing. The team Laeneco was awarded the jury’s choice award and was also invited to Helsinki for participation in the acceleration program and the SLUSH conference,” explains Olesya Baranyuk.

What is also important, say the participants of the forum, is to set the meetings with investors in advance, preferably in two weeks before the start of the forum. Otherwise, the chances to talk to your potential partners are becoming much slimmer, as their schedule will be very tight.

According to Aleksander Moreno, accommodation is yet another important thing to take into account, so make sure to book your hotel room in advance.

The last week of SLUSH HUCK will be dedicated to the analysis of the effectiveness of teams’ participation in SLUSH, as well as the processing of results obtained in the course of the two days of the event.