The International Scientific Tournament, or IST for short, is a competition for students in the fields of natural sciences: physics, chemistry, and biology. Over the course of several days, the participants compete to solve interdisciplinary scientific challenges. A team that included four Master’s students of ITMO’s international research center SCAMT placed among the top three in this year’s competition. 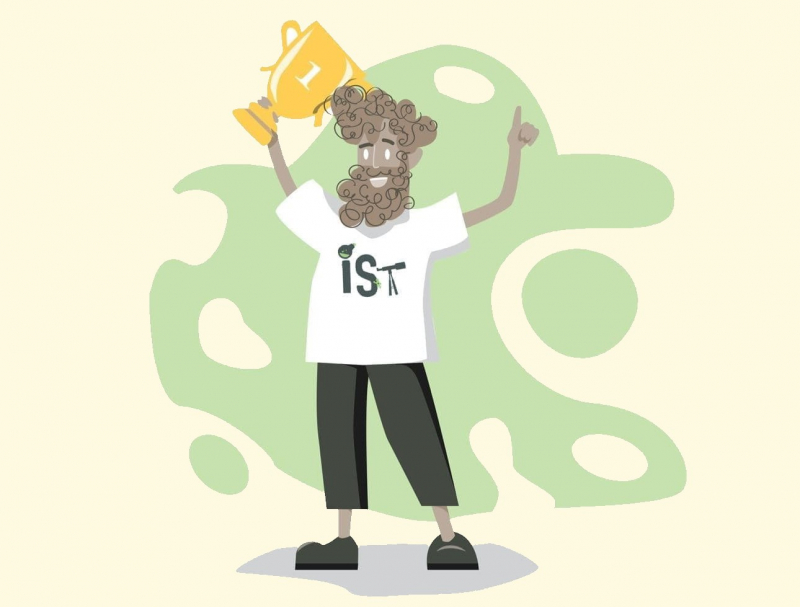 This year, the IST was held for the third time and was open to students of physics, chemistry, and biology.

To participate in the tournament, applicants needed to pass the qualifying round, in which they were presented with a choice of three interdisciplinary tasks and were asked to provide solutions for any two. Authors of the best ideas were then invited to take part in the main round.

Among those who passed the selection was team Titers, which includes four ITMO University students: Kirtan Patel, Takshma Bhatt, Subhrajit Barua, and Raghav Bhatia. All four decided to come to St. Petersburg from India to study molecular biology and biotechnologies at ITMO University. They were also joined by two Ukrainian students: Tetiana Petrova and Oleksii Shulga.

In the main round, they were faced with three rounds of "science battles.” The teams were sorted into groups of three. In the first round, one team prepared a paper on a scientific topic, another served as their opponents when they presented the paper, while the third reviewed the paper. Then, the teams switched places. In this manner, each team was able to try on each of the three roles.

After four battles, three teams were chosen to take part in the finals. It was there that Titers placed third.

“For the finals, we prepared a report on non-Newtonian fluids and their new applications. Two other teams delivered presentations on proto-matrix smart hydrogels for prosthetics and on targeted drug delivery with the use of spermatozoa-based micromotors,” shares Kirtan Patel.

While the ITMO team won bronze in the general competition, one of the team’s members also secured two victories in the individual competition. In addition to earning points for their team, the participants also scored personal points. The student Subhrajit Barua scored more than all students and was also named the top reviewer.

Now, Subhrajit has already been able to arrive to St. Petersburg in order to continue his education at ITMO in person. His three Indian teammates remain in their home country and await the opportunity to join their peer in his studies.