ITMO "Raps the Scrap" at the World Robot Olympiad

The last round of the World Robot Olympiad has ended in New Delhi; amongst the four teams representing Russia, two were from ITMO University, and both had great results: the team that worked on the Nuclear Waste Taker project got silver in the Senior High group, and the Arctic Cleaner team got fourth among Junior High. 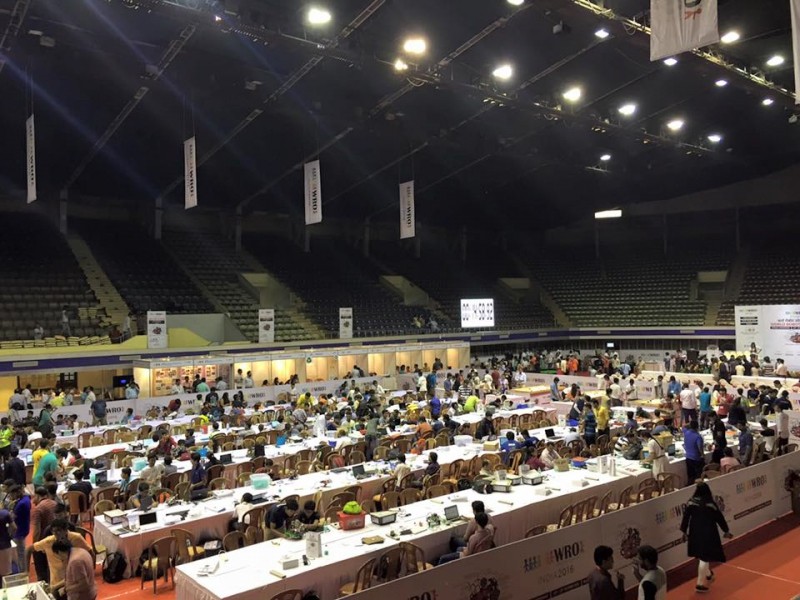 The WRO's participants are split into three age groups, and compete in four categories. The Regular category is about building a robot to solve particular tasks (like sorting objects by some characteristics or moving along a particular route); in this category, there are strict requirements to the robot's external dimensions and components. Another two are related to sports: the traditional WRO football with robots, and this year's Advanced Robotics task — robot bowling. The only limitation for the forth category — "Open" - is the topic to work on. This year, it was "Rap the Scrap" - using robotics to reduce, manage and recycle waste. "When we start working on a project, we all share our thoughts, and thus a small idea becomes really detailed, we think up new functions and options. The "Open" category at the WRO is the most unpredictable one; there are no precise tasks in it. Yet, we are a creative group, so participating in another category would have been just boring — both for me and my students", comments Igor Lisitsky, trainer of ITMO's teams for schoolers and a staff member for the Department of Control Systems and Informatics. Teams from ITMO University presented two projects. The first one — the Arctic Cleaner — was created by GlebZagarski, Daniil Pavlov and Daniil Martinov. Using quad-copter mounted cameras, their system finds barrels with waste left by polar explorers and sends a robot to pick them up and carry to a conveyor, where they are pressed and moved to storage. This project placed 4th in the Junior High age group.

The second project was a robotic hand designed by LevonPogosov, Alexander Tulpanov and Daniil Nechaev — using the Leap Motion 3D sensor, it copies the movements of a human operator so as to replace him when working with hazardous materials. The sequence can be saved, so that the mechanic arm can do it independently. This project was also a success and got 2nd in the Senior High group. All in all, four teams represented Russia in the "Open" Category of the WRO: apart from two from ITMO, there were the team from Saint Petersburg Presidential Physics and Mathematics Lyceum № 239 with the Ocean Waste Collector project and the Rustechno team from Moscow's School № 354. These teamspassed a series of preliminaries in Russia and were chosen by the expert committee.

One of the three Russians who are part of the jury for the international round is AlexandrKapitonov, a Research Student for ITMO's Department of Control Systems and Informatics. According to him, assessing the projects was no easy task:

"Few of the projects use some really innovative approach. Still, I believe that it's not that important in a children's contest. The educational aspect is what's important in the WRO".

You can read more about Youth Center for Robotics of ITMO's School of Computer Technologies and Controls here.