Illuminated face masks, housekeeping robots, transparent TVs, expandable smartphones, and flying cars – in this review, we will tell you about the most breathtaking devices showcased at CES 2021. 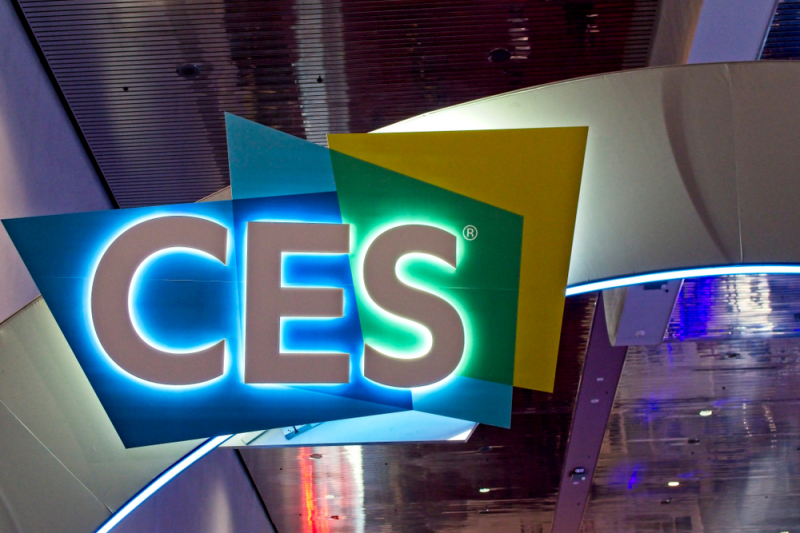 Consumer Electronics Show or simply CES is one the largest consumer electronics exhibitions in the world and it is annually held in Las Vegas in mid-January.

This year, as a prerequisite of our time, it had to transition to the online format, while the devices presented were mostly focused on issues of healthcare, safety, and home entertainment.

Of course, the giants of the electronic industry could not help but respond to the main challenge of the past – so Razor, best known for its pro-equipment for gamers, introduced the concept of high-tech masks. These could be worn by cyberpunk characters: masks are transparent, have a futuristic lighting and a voice amplifier. They filter not only the incoming air (the creators claim that up to 95% of fine particles, as well as viruses and other pathogens are filtered), but also the outgoing air, and the included case is equipped with a UV sterilizer, which simultaneously charges the fans built into the filters and disinfects the surface of the device itself.

The price of the device, as well as its release date is still unknown — so far this is only a concept, but given the global trends and environmental challenges, perhaps in a few years such masks will become a part of our daily life.

Another mask was presented by the British company Binatone. It is equipped with a Bluetooth headset made of headphones and a microphone, which means that you can comfortably talk on the phone, listen to music, and activate even Siri and Alexa. And this is the first mask that will need to be charged — its working time is only 12 hours. The bundle costs $50 and it is already available for orders on the official website.

Robotics also joined the battle with coronavirus — several solutions for indoor air disinfection with ultraviolet lamps were shown at the exhibition: the Adibot robot by the Chinese company UBTech and the CLOi UV-C bot by LG.

Over the past few years, smartphone manufacturers have been looking for new revolutionary technologies that could turn the market around: Samsung is trying to bring back flip phones, but so far rather unsuccessfully, and LG regularly starts a rumor about expandable smartphones that can transform into small tablets. At CES, the reality of these rumors was confirmed: the company presented its LG Rollable and proved that it not only exists, but will go on sale this year. However, no details or even approximate prices were given.

Another similar concept was presented by the Chinese TCL. It went even further: in addition to the phone, which will expand from 6.7 to 7.8 inches, the company plans to produce a foldable display – a bundle that will reach a maximum of 17 inches.

This year, there was a boom in transformer laptops: new models were presented not only by Lenovo, who are pioneers in this field (they released updated versions of their ThinkPad X1, and also introduced a new hybrid ThinkPad X12 Detachable with a removable screen), but also by other major manufacturers.

For example, Asus introduced new products in the ZenBook Duo family – these are laptops with additional screens to expand the functionality. And HP released an update to its line of laptops for business and remote work – Elite Dragonfly G2 and Elite Dragonfly Max. They are distinguished not only by their transformer screens, ultra performance (both models are equipped with the 11 generation Intel processors and support 5G), but also incredibly lightweight (less than a kilogram). New devices will go on sale in February-March with the prices starting at 2,300 USD.

A revolution in robotics

Do you remember The Jetsons -- a series about the world of the future, where robots do all the work for people? It takes place in 2060, but it seems that such a future will arrive even earlier. For example, in the near future Samsung is planning to start the production of Bot Handy — something like robot Rosie from the series. The company itself describes it as "an addition to your kitchen, living room, or any other place in the house where you might need help." The robot is capable of doing basic housework: it can pick up dirty laundry, load the dishwasher, set the table, and even bring you a glass of water.

The robot is equipped with computer vision, which is able to analyze the objects around it (for example, a pile of dirty dishes in the sink). There also are special sensors, thanks to which Bot Handy correctly calculates its power when interacting with fragile objects.

The release date and approximate price have not been announced yet, but for those who can't wait to step into the robotic future, the company offers the already released JetBot 90 AI+. This is a new generation robot vacuum cleaner with a lidar system, which can intelligently plan a cleaning route, avoiding fragile objects without getting stuck in corners. As an addition, there is an inbuilt camera that will allow you to remotely monitor what is happening in the house, for example, your pets.

It was General Motors who was unexpectedly responsible for the wow-factor this year: the company presented several of its mind-blowing plans, the main one being flying electric vehicles, which will give their users quick rides between skyscrapers.

In fact, the Cadillac eVTOL car is a single-seat electric vertical takeoff and landing drone with four rotors powered by a 90-kilowatt-hour electric motor, which is much less than in similar designs from other companies. As noted by Michael Simcoe, GM's Vice President of Global Design, this prototype demonstrates only the direction of the company's design as well as their intention to enter the era of aerovehicles. Whether the prototype will be implemented in this form is still a big question.

Another solution of the company looks more realistic and down-to-earth: this is a premium class self-driving electric car with biometric sensors to automatically adjust the temperature, lighting and humidity inside. The seats are arranged in a circle — to make it easier to communicate and take joint photos using the inbuilt camera in the cabin. The car can be controlled by voice and gestures.

Smart glasses are trendy again: nine years have passed since the first announcement of Google Glass, but they have not entered our everyday life yet. But Vuzix can change it all — so far their devices are the most convenient and adapted to real-life conditions.

Vuzix's new smart glasses look just like the usual ones and do not attract too much attention thanks to microLED technology. The image is projected onto the inner surfaces of the lenses made of a special polymer material, and the projectors themselves (two of them: one monochrome, one colored) are hidden in the temples of the glasses. Thanks to the original Display Engine technology, the density, resolution and brightness of the image are adjusted for comfortable viewing.

The glasses support Wi-Fi, Bluetooth, and cellular internet (thanks to the inbuilt SIM card). They are additionally equipped with stereo speakers, two cameras, and a microphone. The device is controlled through the touch surface on the temples, as well as through an app for Android and iPhone.

Liquid crystal monitors and televisions are already in the distant past, as confirmed by the industry giants LG and Samsung. Quantum dot (QLED) and organic light-emitting diode (OLED) displays are now all the rage.

LG introduced the smallest screen for OLED TVs, which is 42 inches, as well as a huge 83-inch panel used in the new Sony Bravia TVs. At the same time, the manufacturer claims, the new screens have a brighter and better color accuracy, while their power consumption has been significantly reduced. Moreover, LG has introduced its design of transparent screens that can be used both at home and elsewhere, for example, in catering – to display menus, ads, and so on.

It should be noted that this was not the first demonstration of transparent TVs – this concept was previously used by LG themselves, as well as their competitors – Samsung and Panasonic. But so far, none of them has been implemented in the form of a mass product.

Samsung is focused on developing another technology – QLED, and at the conference the company presented several ultra-thin TVs: NEO that supports the 8K video format, The Frame, which is only 24.9 mm thick, and a huge 110-inch MicroLED.

Apart from the new screens, Samsung also introduced new functionality, for example, Smart Trainer – an AI system for movement recognition. The system will allow you to check if you are doing your exercises correctly, keep a record of them, and analyze your activity. At the same time, the functionality can be accessed from almost any webcam – you just need to connect it to your TV.