Awards Given to ITMO University’s Most Successful and Prolific Alumni

From 27th to 29th of April the Alumni Week was held at ITMO University. During this time every alumni, student or an employee had the chance to listen to lectures, learn about bringing ideas to life with the university’s help, get acquainted with the equipment at FabLab Technopark and find out about the ITMO University Alumni Association and the features of its new format. The “First Alumni Awards” contest was held as part of the events. On April 29th, during the week’s closing concert, the names of winners in a number of categories of the ITMO University Alumni Association Awards were announced as per the results of an online poll. 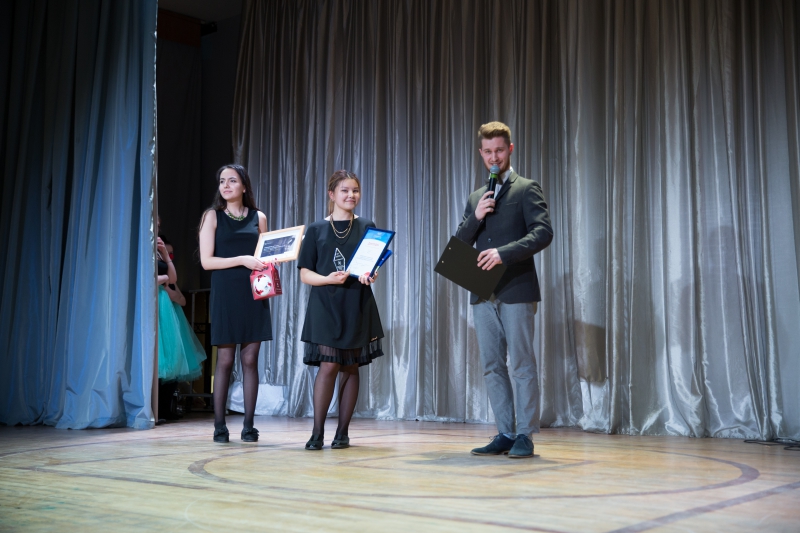 Alumnus Mikhail Drozhzhin became a winner in the category “ITMO University Alumni Association Ambassador”. As per the hosts’ words, he made full use of the incentives offered by the Association by experiencing the amenities of the partner companies’ loyalty programs and involved his classmates in the program.

The second category concerned the alumni’s vocational success in the first 5 years after graduation. Sergey Khitrov became the winner of the “Exceptional Debut” award by receiving the highest number of votes in the online poll. Sergey has become famous for achieving the status of a dollar millionaire by the age of twenty after he founded Adwad, a service that helps develop partnerships between websites and advertisers.

Kira Chechiulina, an alumna who maintains contact with the most students, alumni and future ITMO partners, is the winner in the “Exemplary Communication” category. She is also actively involved in the implementation of joint projects with alumni, students and partners of the University.

Alumni weren’t the only ones who had a chance to win awards. For instance, in the “ITMO University Alumni Association Partner” category, Alfa Bank JSC became a winner as the partner that provides the most perks and benefits to the University’s alumni. Andrey Zlenko at the awards ceremony

The final nomination celebrated the alumni who have donated large monetary sums or resources to help implement projects from a list on the Association’s website. Andrey Zlenko, who donated funds to support the development of the KronBars students’ sports club, became the winner in the “Philanropist” category.

“I take part in volunteer charity work – it’s my hobby. I graduated from ITMO in optics and I love this university deeply. After I’ve had a look at the award categories, I felt eager to take part. What’s important is that the Association’s website had some genuinely interesting projects listed. But sports is to my liking, our “Bars” is to my liking and I have firsthand knowledge of how certain teams develop. I know how much young players exert themselves and that inspired me to donate funds towards the development and support for the sports teams – because they deserve it,” – says Andrey Zlenko.