Virtual World in a Couple of Days

“Creation of game worlds: from math models to art” – that was the topic of the 10th Interactive School “Technologies of High-Performance Computing and Computer Modeling.” During four days the participants attended lectures on video game development and gamification as well as created their own game worlds. 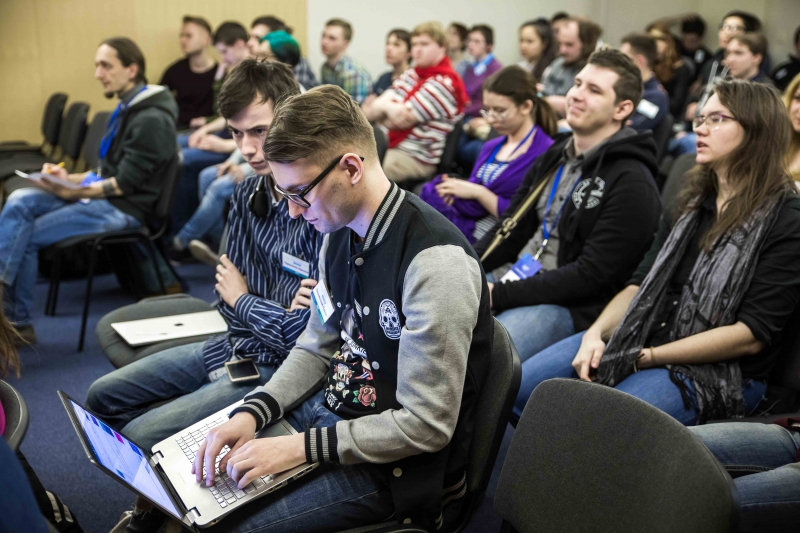 To take part in the school the applicants had to present a short description of their games and a movie showing a game process at the qualifying round. Those who were selected coded and created game content during the finals. Apart from coding the developers attended lectures on modeling complex systems, narrative design, gamification, simulation modeling and other topics. The developers presented their games at the pitch session.

“The most difficult thing was communication with the members of your own team. Many developers said that they spent lots of time discussing an idea of the game as well as choosing the roles and responsibilities. Furthermore, it is not easy to manage one’s time,” said Vladimir Grisyuk, developer of Wargaming, one of the largest free-to-pay games in Russia.

According to Yakov Negray, a colleague of Vladimir Grisyuk, it is a crucial point for a developer to create a new solution instead of using ready ones offered by the market. The members of Mathemagic decided to teach math, programming and other disciplines to gamers using magic. The main character of their game is a student of the school of magic. According to the developers, it will be a series of educational games with the following rules: the more skills you have in a certain field, for instance, coding, placing punctuation or solving equations, the more miracles you can work. The authors of the project believe that using games for the purposes of education is a trend, which will be more and more popular.

The members of Aidana offered gamers to find their way using hearing sense instead of visual skills. The game is based on binaural technology – gamers have to look for various things using only sound signals because the only thing one can see is a vague picture. According to the plot, the main character has lost his memory and has visual disturbance. By finding more and more items he remembers episodes of his life one by one and starts to see clearer.

Those who want to become a game designer can play Bugs’n’Hugs. Having created a new element, the gamer, who is also a developer at the same time, has to deal with bugs that lead to the failure – in the game they look like monsters that attack the gamer trying to eat him. The main purpose of the game is to create a complicated game and fight all the bugs. Those who miss university atmosphere and want to become an applicant can play the “Enroll to Herzen University.” The main character tries to deal with bureaucratic difficulties related to the application process and then attend lectures by different professors. The developers believe that this game will be interesting for high school students who plan to study at university and freshmen.

Playing the Cycle of Crutches you can dive into the atmosphere of cyberpunk. The characters live in a world controlled by autocratic computer systems – the inhabitants are deprived of the opportunity to communicate with each other without the control. The player has to hack the system to let people find each other and become free.

The Swype Fury game is based on fighting. The player competes with a giant surrounded by the environment, which resembles action movies shot in the 80-90s. One can control one’s character using the trivial control system – according to the developers, it gives an opportunity to play anywhere you want, for instance, in  public transport. The developers of the game Perception created it to help people reflect on such important things as loneliness and dependence on the opinions of others. Coping with a daily routine the character has to understand whether he or she has a rich social life or not.

The jury of the contest was divided into two groups: ITMO’s specialists who gave lectures for the participants and the representatives of Wargaming. The contest included two catigories: “The best innovation idea” and “Popularizing of a scientific approach.” The experts evaluated intensity, plot and visualization of games, paid attention to a fun component and presentation skills of the participants.

The Audience Choice Award was given to the Swype Fury. Teams Aidana and Cycle of Crutches were placed 1st in the first and second categories respectively. The developers of the cyberpunk world also received a prize from ITMO’s jury: they will present their game at the VKontakte Festival and will be supported by the Business Accelerator Future Technologies.