Clean Slate: How to Fight Illegal Ads Through Blogging and Make Graffiti a Form of Fine Art

The case-tournament LeaderCup Legal Ads took place at the “Boiling Point” creative space organized by Russian Agency for Strategic Initiatives. It was dedicated to fighting unauthorized advertisements and illegal graffiti in St. Petersburg. 10 teams made up of 150 local students proposed more than 50 various solutions to solve the issues related to maintaining the Northern Capital’s refined image. ITMO University’s students who took part in the tournament have secured the second place. ITMO.NEWS spoke with their members and found out more about how everyone can help against illegal advertising and graffiti. 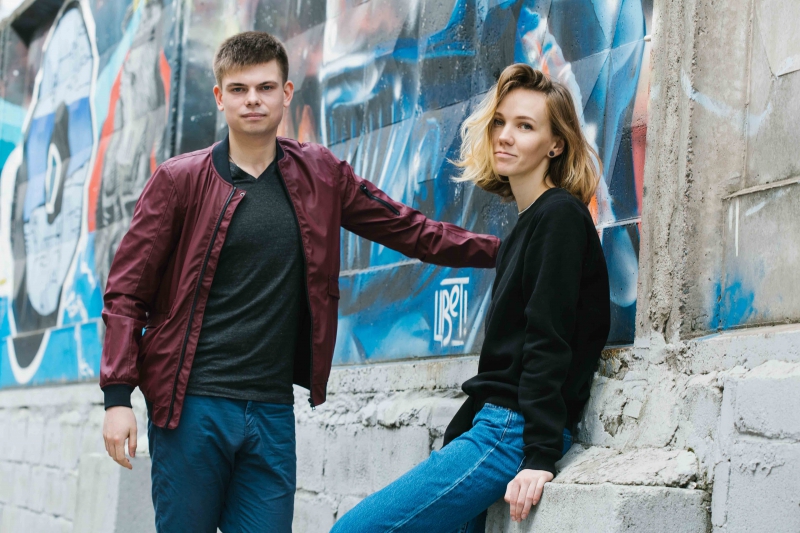 ITMO University’s team “Cosmos” consists of four graduates of Department of Engineering and Computer Graphics, designers Roman Shishkin, Nikita Bulavintsev, Anna Kolotenko and Artem Kudryashov. Their proposals for cleaning up St. Petersburg from informational and visual trash, which they presented to the jury, have gained them the second place in the leaderboard.

“We’re all “visualists” – our ultimate goal is to make our environment comfortable, functional and, of course, beautiful. The abundance of advertisements and graffiti plastered all over the beautiful historic buildings of our city is not the way we want St. Petersburg to look like; we believe that it is vitally important for the representatives of our city’s creative professions to show initiative – after all, we probably bear a lot more responsibility for the city’s appearance than most others” – says team captain Roman Shishkin.

In developing their ideas “Cosmos” decided to focus not on the results of the offenders’ actions, but on what causes them. As the team believes, both issues have various roots, which is why they decided to tackle the two topics separately.

Their solution for illegal graffiti is to cultivate a gradual change in the public’s attitude towards this art form, which is often seen as borderline criminal. According to the team, most people’s knowledge of graffiti is extremely limited, which is why most simply don’t understand it and treat it with hostility. Popularization of graffiti as an art form, according to the proposal, should occur through the staging of themed festivals, contests, workshops involving art experts and luminaries as well as foreign artists. In addition, the team suggested opening a graffiti park containing a variety of brick walls of various shapes and sizes. Some of these walls would be available for use by anyone and some would be provided for artists to display their works. The paintings would be shuffled according to a pop-chart principle: visitors would vote on the works they liked and the least favored image would be painted over to make space for new creations.

Illegal graffiti also appears where it isn’t allowed because there are hardly any places where it could be done legally. According to the designer team, there needs to be an easier way for street artists to look for such venues. They propose the creation of a web portal that would connect a graffiti artist and a venue owner. The artist would be able to sign up, publish their portfolios and propose new designs, while venue owners would showcase the spaces they have made available. Artists would also be able to send requests to a city district’s administration if their preferred location for a drawing is situated on public grounds.

As for unauthorized advertising, the designer team proposed to solve this issue with the help of opinion shapers – bloggers and celebrities. What needs to happen is a change in ethics regarding the state of urban environment. For example, before the anti-smoking bill and the corresponding social awareness campaign, many people considered smoking in public, such as in parks, restaurants and stairways an acceptable mode of behavior. Nowadays people avoid smoking at bus stops not because they’re scared of getting fined or of public outrage, but because their attitude towards such actions has changed. People need to be shown in the same way that unauthorized advertisement isn’t just a pile of bits of paper put up in places where they don’t belong, but a full-on cultural catastrophe that drastically affects our city’s image. An example of a campaign using this approach is the quest event “St. Pete’s clean-up: 1.0” that could well become the modern alternative to a traditional Russian subbotnik. The game’s premise is that several teams are tasked with tearing down illegal advertisements to gain points. The three teams that collect the most win prizes from the campaign’s sponsors. “Cosmos” members are also convinced that illegal advertising could be combated by social advertising.

As of now, the tournament’s organizers are looking into the proposals made by “Cosmos” and other teams to develop a strategy to help the city rid itself of unauthorized advertisements and graffiti.