Sergei Makarov and Alexander Krasnuk, senior researchers at the Department of Nanophotonics and Metamaterials received the Foundation for Support of Education and Science (Alferov's Foundation) award for their research on non-linear tunable semiconductor and hybrid nanoantennas. According to the jury, their main scientific achievement was the development of a new platform for photonic devices based on dielectric nanoantennas in optical band, as well as the use of femtosecond laser technologies in creation of ultrafast optical nanodevices. In an interview with our newsportal, Sergei Makarov talked about new optical modulators and the work of the recently founded Laboratory of Hybrid Nanophotonics and Optoelectronics. 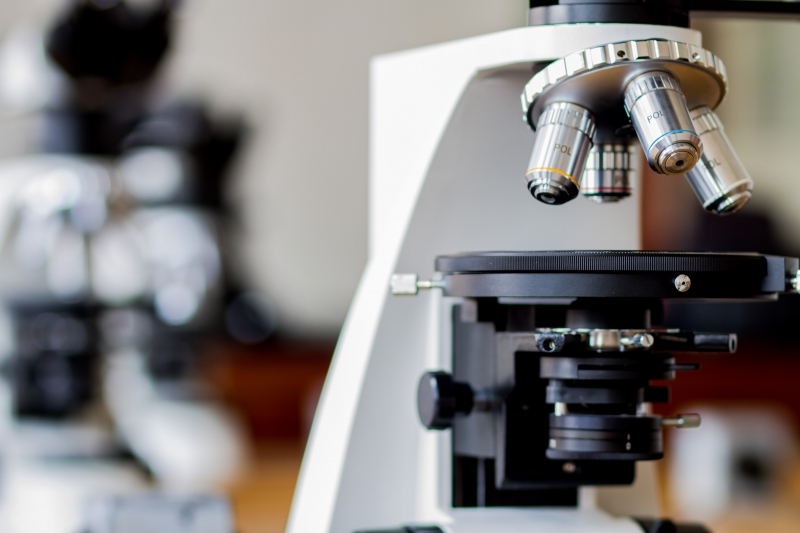 All existing electronic devices make use of electric signals. As for long range data transfer, we now use optical fibers, where data is transferred via light pulses. To transform them, we use different kinds of detectors and modulators. Yet, the existing electronic modulators work at limited speed; the bit-timing frequency of modern processors is within the range of several gigahertz. Alexander Krasnok and Sergei Makarov believe that using optical modulators based on non-linear tunable semiconductor and hybrid nanoantennas can increase it to tens or hundreds gigahertz, or even a terahertz.

In their recent research, the scientists demonstrated the operating principle of an ultrafast optical modulator based on a single silicon nanoparticle created and controlled by femtosecond laser pulses. Sergei Makarov and Alexander Krasnok proposed a new modulation principle by rearranging the beam pattern of a scattered modulated laser impulse. They've also proposed concepts of switches of comparable size that allow rotating the light beam at immense speed.

"To attain bit-timing frequencies of tens and hundreds gigahertz or even terahertz, we need faster processes and dowsers. Nanoantennas can be used for that purpose; we've picked a specific non-linearity that allows us to modulate the signal really fast - about 100 times faster than the currently used solutions," explains Sergei Makarov.

It's been two years since the scientists started to collaborate; before that, Alexander Krasnuk researched subwave dielectric nanoantennas at microwave frequences, and Sergei Makarov studied the interactions of femtosecond laser impulses with nanostructures. Then, the researchers decided to combine their approaches. After the first six months, they've completed their first research and published an article on tunable silicon nanoantennas. The article drew a wide response from the scientific community and the media. The scientists decided to continue their work, and soon proved experimentally that such tunable nanoantennas can be used to create ultrafast optical modulators.

Then their research drew interest of such companies as Samsung and in June 2017 Alexander Krasnuk and Sergei Makarov received the Foundation for Support of Education and Science (Alferov's Foundation) award for their research on non-linear tunable semiconductor and hybrid nanoantennas. According to the report on the Alferov's Foundation website, "this research opened up a new field - nonlinear dielectric and hybrid nanophotonics, which is now one of the most promising platforms for developing optical computers and new informational technologies.".

The next step to creating ultrafast optical devices will have to do with solving engineering issues, notes Sergei Makarov.

"We still have to decide on how to integrate them into an optical chip, all the hardware issues. Yet, from the scientific point of view, we've already found solutions to most of the basic problems. And it's great that other research teams follow in our footsteps. Specialists continue testing different materials and approaches so as to develop our idea," he says.

Sergei Makarov also collaborates with Anvar Zakhidov from the University of Texas at Dallas as part of his work at the new Laboratory of Hybrid Nanophotonics and Optoelectronics. Here they work on development of optoelectronic devices of breakthrough functionality based on hybrid perovskites - improved LEDs, new types of lasers, solar cells and optical sensors. Anvae Zakhidov (in the center) and Sergei Makarov (on the right)

It was back in 2013 that the Science journal included new hybrid perovskites into the list of breakthrough technologies as promising elements for solar cells. At the same time, scientists discovered that their efficiency output in photovoltaics and LEDs is comparable to that of traditional best semiconductors like silicon or gallium arsenide. What's more, they can be applied on any surfaces, from paper or polymer films to fabric (you can read about hybrid perovskites and the opportunities they offer in more detail here). Finally, perovskites have yet another advantage: working with them is much cheaper than creating expensive silicon-based devices.

"The main limitation to creating devices based on traditional semiconductors – silicon, for instance, is that it is a very expensive technology. There are only few places in Russia that are equipped for nanolithography. Our idea is to use perovskites that are also semiconductors – and soft materials to boot. When they are applied, they are still in liquid stage, and there's no need for special epitaxy equipment," explains Sergei Makarov.

Though using perovskites has already shown great results in solar cells (perovskite solar cells’ effectiveness is now at about 15-20%, which is still lower than the effectiveness of the expensive silicon cells, but much higher than that of their organic counterparts), they are yet to prove their effectiveness in regards to LEDs.

"Stability is the main problem here; also, not all perovskites have high light emission efficiency, so we are to work on their composition and choose the most effective elements, shares the laboratory's head. Though perovskites have already proved that they are "superstars" in what has to do with solar cells, we still can't say that in regards to LEDs. This is why we are going to focus on this field after we've achieved good results in photovoltaics. Our main niche is nanophotonics: we create metasurfaces and nanoparticles from hybrid perovskites, which will be used as nanoscale light sources in devices like optical computers and such." The laboratory is to start working in full force by the end of the year; as of now, 10 specialists are already working there. What's more, ITMO's scientists are planning to establish cooperation with Europe's leading research centers. For instance, they've recently had a meeting with Michael Graetzel from the Swiss Federal Institute of Technology in Lausanne - one of the pioneers of photovoltaics. The professor offered to collaborate on organizing short-term internships and academic exchange programs for PhD students.

On July 7, ITMO University will gather the world's leading specialists in the field of nanophotonics and metamaterials. Renowned experts such as Aldo Di Carlo from the University of Rome Tor Vergata, Anvar Zakhidov from the University of Texas at Dallas and Konstantin Simovskiy from the Aalto University, as well as representatives of high-technology enterprises will come to St. Petersburg for an international workshop. During the event they will discuss the latest inventions in the field of photovoltaics, optoelectronics, as well as the prospects of creating devices with breakthrough functionalities.